This coming Monday, Castle celebrates its 100th episode with a special story inspired by one of my favorite Hitchcock films -- Rear Window. Tonight I discovered that ABC has been releasing special "posters" commemorating some of the show's most memorable episodes. There have been three so far (that I've found, at any rate): 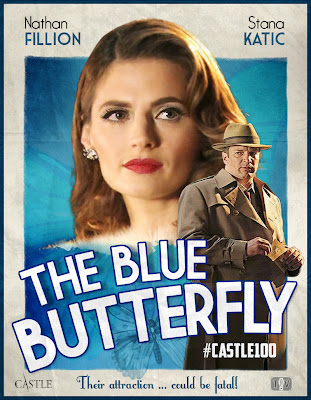 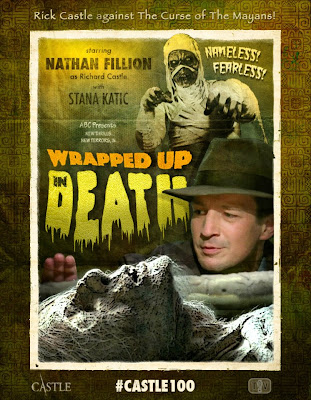 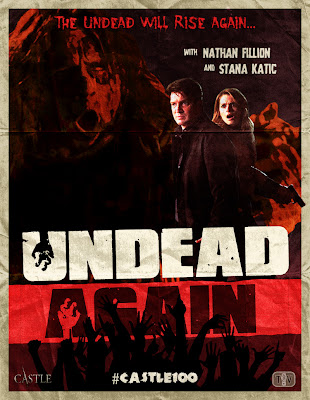 Email ThisBlogThis!Share to TwitterShare to FacebookShare to Pinterest
Labels: Castle

Neat! It should be a memorable one - already a sixth season is renewed or a "sure bet." Love *my* Castle! :)

@Rissi - You were one of the first people I thought of when I saw these! :) I love that this show is still doing so well.

Awesome! I had no idea. I love Castle. :) And The Blue Butterfly was a really good episode.

Those posters are amazing.

How many of my shows have done "Rear Window" episodes now? Let's see: Early Edition, White Collar, Psych, Person of Interest, Leverage, and now Castle. That is one beloved movie!

@Tasha - I LOVED The Blue Butterfly - def. one of my all-time favorites.

@Juju - Rear Window is one of my favorite old movies too!

@Gina - I LOVE these posters, I hope they release more!

I am totally blanking out here, which Psych ep was Rear Window based on? Loved POI's take. :)

I guess it's not fair to say the whole ep was based on it -- it was that ep where they paid tribute to lots of Hitchcock films. But Shawn's Jimmy Stewart imitation made the "Rear Window" part pretty special. :-)

@Gina - After I posted my comment, I thought -- she's probably referring to the Hitchcock episode. LOVE that one. :)