January 27th marked the 70th anniversary of the liberation of the Auschwitz extermination camp, and in conjunction with that date the BBC released video footage of a drone they sent over the camp grounds. I think this chilling footage is absolutely essential viewing, a stark reminder of those horrors.

A little something to help anyone out there (like myself) who might be suffering from Once Upon a Time withdrawals, may I offer up Colin O'Donoghue in Christina Perri's video for "The Words"?

Excuse me while I swoon. *wink*
Posted by Unknown at 1:40 PM No comments:

I just hope this version of Fantastic Four turns out better than the last time Hollywood tried to bring these superheroes to the big screen.

I'm over at Melissa Tagg's blog along with a ton of other fab guests gushing about one of my favorite superheroes - Hawkeye! Head on over for a chance to win an amazing superhero-themed prize package!
Posted by Unknown at 12:53 PM No comments:

Review: The Vow by Jody Hedlund 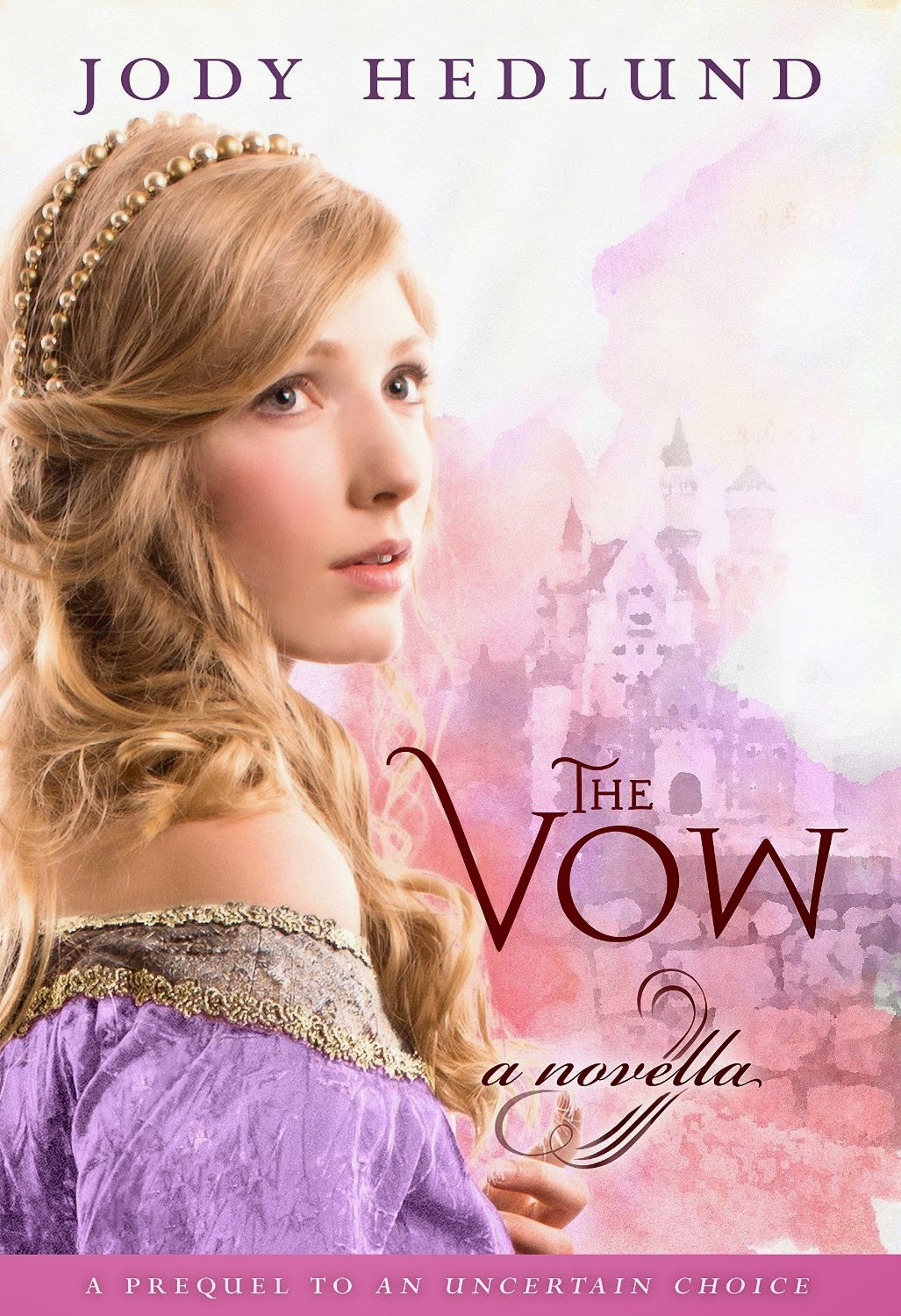 Jody Hedlund's books have long been on my radar, but until recently time (and my overwhelming TBR stack) did not see me diving into her writing. But with the upcoming release of her first young adult medieval, An Uncertain Choice, rapidly approaching (seriously, March 3rd cannot come soon enough to suit me!), I knew 2015 would have to be the year I finally discovered why Hedlund has such an enthusiastic following. If you don't believe me, check out the #HedlundChallenge2015 on Twitter!

The Vow introduces fourteen-year old Rosemarie on the cusp of womanhood, the beloved only child and heir of her parents, beginning to consider her future as heir and the type of marriage she hopes to one day make. Her dreams of love are fueled by a visit from Lord Thomas, the handsome son of a neighboring baron. But just as she starts to dream of a future with the young nobleman, her lands are hit with an outbreak of plague. Forced into seclusion, Rosemarie chafes against the protective restrictions her parents have placed around her, never dreaming that the plague may cost her the lives of her family. Facing a future as a leader far too soon, Rosemarie's world is rocked once again when she discovers her future is not a matter of choice, but predetermined by her parents' secret, sacred vow -- leaving Rosemarie struggling to reconcile her dreams with her parents' inheritance.

This slim novella served as the perfect introduction to Hedlund's writing, and the world and characters to be found within the pages of her upcoming medieval. The Vow's crisp prose and pitch-perfect characterization (LOVE the sweetness to Rosemarie and Thomas's budding romance!) quickly immersed me in the romance, pageantry, and courtliness of Hedlund's medieval world. Refreshingly, she pulls no punches in the realism department, sensitively addressing the expectations facing a young teenage noblewoman during this time period, a reality that is foreign to modern sensibilities. Another potential shock to contemporary readers' sensibilities is Hedlund's fleeting, but graphic, acknowledgement of medieval torture methods (one word: RATS).

If this forty-odd page introduction to Rosemarie is any indication, Hedlund's YA debut is sure to be a flawlessly researched, tightly-plotted, heart-stopping romance, with a potential appeal sure to extend Hedlund's fanbase beyond the inspy market. I for one cannot wait for the release of An Uncertain Choice in March, and am more determined than ever to make good on my long-overdue resolution to finally dive into Hedlund's backlist!


In this ebook historical romance novella by Jody Hedlund, young Rosemarie finds herself drawn to Thomas, the son of the nearby baron. But just as her feelings begin to grow, a man carrying the Plague interrupts their hunting party. While in forced isolation, Rosemarie begins to contemplate her future—could it include Thomas? Could he be the perfect man to one day rule beside her and oversee her parents’ lands?
Then Rosemarie is summoned back to her castle in haste. The disease has spread, and her family is threatened. And the secret she discovers when she returns could change her future forever.
This novella also serves as a prequel to Jody Hedlund’s An Uncertain Choice.
Posted by Unknown at 6:53 PM 2 comments:

Links I have been meaning to post for ages...

All the Reasons Why You Should Be Watching Miss Fisher’s Murder Mysteries (like, isn't everyone on board yet?)