SPECTRE has a teaser trailer (FINALLY) and it is the most exciting, beautiful thing I've seen all week. Bask in the glory of James Bond, my friends!

This Sunday sees the return of two of my favorite programs on PBS - the season four premiere of Call the Midwife followed by the season three premiere of Mr. Selfridge! Here are a couple of previews: 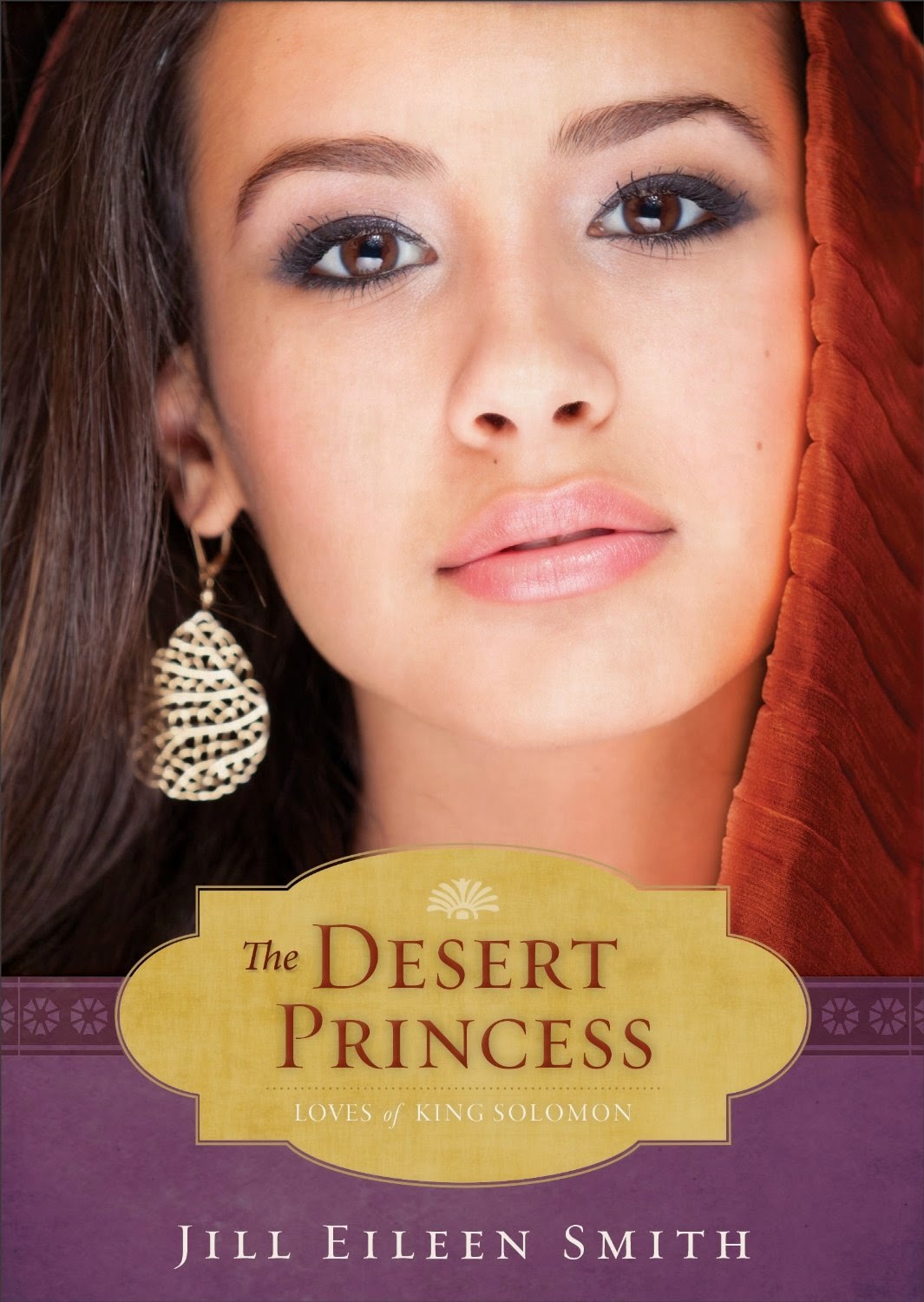 I've been long overdue for the opportunity to read a Jill Eileen Smith novel. Having devoured all three installments of her first series, The Wives of King David, her subsequent stories have -- sadly -- found themselves lost in my toppling to-be-read pile. Happily, The Desert Princess provides the perfect solution for those like myself craving a quick trip into her richly-imagined biblical world. This brief novella is the first of a proposed series exploring the Solomon through the eyes of the women in his life. And with 700 wives and princesses and 300 concubines (1 Kings 11:3), Smith has a veritable wealth of potential "loves" from which to choose her characters...but with a catch. Compared to the sheer number of women in his life, the verses devoted to fleshing out any of their characters and experiences are incredibly sparse. But Smith has more than earned the right to a little artistic license in my view, for her stories exploring the lives of Michal, Abigail, and Bathsheba reflect her knowledge, understanding, and passion for scripture and the history reflected within its pages.

The Desert Princess tells the story of Naamah the Ammonite, mentioned once in scripture as the mother of Solomon's son, Rehoboam (1 Kings 14:21). Smith sets her story during one of the most turbulent periods of David's reign -- when he fled Jerusalem from his son Absalom. She posits that Shobi the Ammonite who provisioned David and his company, mentioned in 2 Samuel 17:27, could have been Naamah's father -- and thus Solomon's introduction to the woman who would bear his heir. And thus the stage is set for a lovesick princess to fall in love with David's favorite son. There's more supposition than fact here, which I am typically intolerant of in biblical fiction. However, Smith has little to go on when characterizing Naamah, so allowances must be made.

My biggest issue with this novella is that it is simply too short to do justice to Smith's talent for bringing biblical stories to life within the pages of her writing. That aside, this is a promising start to the Solomon series, as she uses the heavily fictionalized Naamah to frame Solomon at a critical point in his youth -- favored but not yet proclaimed David's heir. Naamah's interactions with Solomon hint at the wisdom to come by revealing his facility for wordplay as well as his penchant for pleasure. I look forward to discovering how Smith both frames an older Solomon in further novellas and gives a plausible, sympathetic voice to the now silent women who once inhabited his world.

Solomon captured her heart. But can she hold on to his?
King David is running for his life with his young son Solomon in tow when Naamah first encounters the prince. Her father is loyal to the king, and that loyalty will be sealed years later--through the marriage of Solomon and Naamah.
For her part, Naamah is happy to wed the handsome prince and enter into palace life. But all is not well in Jerusalem. Solomon must navigate constant threats to his life--even from within the palace walls. And when peace is restored, can Naamah ever be truly happy as she watches the love of her life taking more wives?
Join bestselling author Jill Eileen Smith as she weaves a tale of young love, heartbreaking betrayal, and the power of forgiveness, all against the vivid backdrop of one of the most tumultuous times in Israel's history.
Posted by Unknown at 5:11 PM No comments:

Cue the SQUEE factor! I am so stupid excited for this one, people, it defies description! 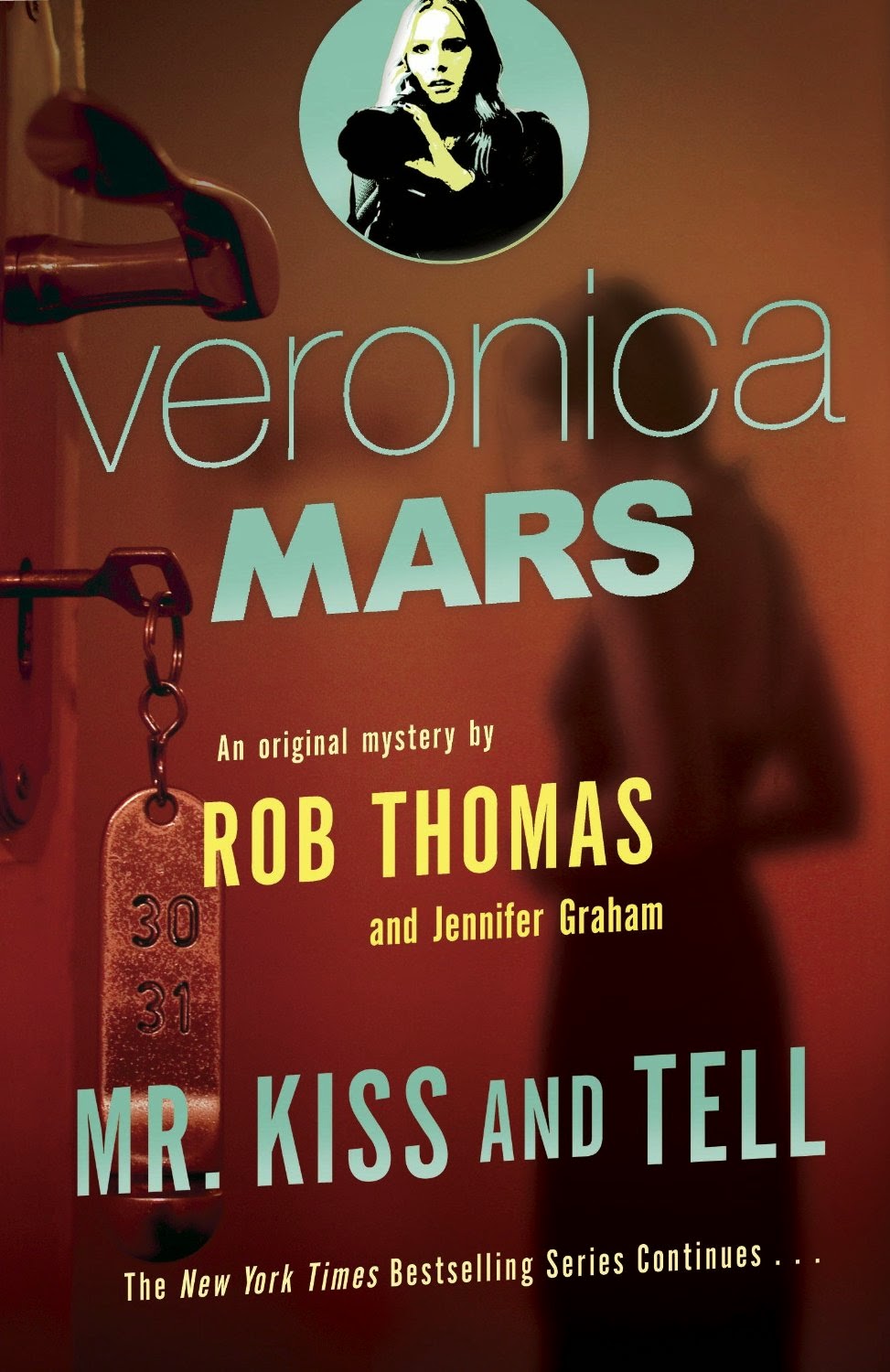 Since Veronica's return to Neptune and work as a private investigator, her life has settled into a regular rhythm of Daddy-Daughter dinners (now including Logan, recently returned from his latest deployment), co-running Mars Investigations, and continuing to strive to be the biggest thorn possible in Sheriff Dan Lamb's side. For if there is one constant in Neptune, it's the corruption under-pinning the city's veneer of wealth and respectability. Riding high on the success of Weevil's exoneration, she and her father begin to brainstorm how to take Weevil's case further, transforming him into a symbol of the systemic corruption in the sheriff's department. But Veronica's latest solo success has gained her a measure of notoriety, and the offer of a (lucrative) solo job investigating possible fraudulent insurance claim against the Neptune Grand Hotel.

Grace Manning (fans of the show will remember her as the younger sister of Meg, featuring in the "Donut Run" episode), the victim of a vicious rape, was left with no memories of the attack, until memories began to resurface and she accused a Neptune Grand employee. The deeper Veronica digs, the more she begins to realize that Grace's attack may be the tip of the iceberg. Driven by her own demons, Veronica digs ever deeper, determined to stop a monster from hurting one more girl -- but the cost may be more than she's willing to pay, as her drive to succeed threatens to disrupt the fragile balance she's achieved since returning to Neptune.

Following the release of the Kickstarter-backed film, I was thrilled when Rob Thomas furthered his commitment to Veronica Mars with the promise of a series of original novels. The first, The Thousand Dollar Tan Line, was a fabulous addition to the world of the show, sliding seamlessly into place as a literary extension to the film world. I sped through Thomas and Graham's first collaboration and was immediately left wanting more -- but concerned that lightning this good surely couldn't strike twice. Book versions of beloved television shows aren't supposed to be this compulsively readable and addictive. But I was -- no surprise -- wrong.

Mr. Kiss-and-Tell is vintage Veronica Mars, delving deep into the seedy underbelly society and stripping away the glossy veneer of Neptune's culture of wealth and privilege. This book is everything I want in a Mars story - dark, twisty plotting, razor-sharp characterizations, nail-biting suspense, and a healthy dose of Logan-related relationship goodness. With a serial rapist as the focus of the central case, this book is necessarily darker in tone, and though difficult at times to read it fits with Veronica's noir-tinged history. This is especially true in how the case is resolved -- when it comes to crime in Neptune, life -- and justice -- is rarely as black-or-white as one might like, instead often meted out in shades of gray.

Woven throughout Veronica's investigation are the wonderful character moments that have come to define the series. Where the first novel focused on Veronica's relationship with Keith, this novel's primary relational focus is on her renewed romance with Logan. The exploration of the struggles facing military couples was brutally real and honest, and I absolutely adore where this series of novels is taking these characters that I love so much -- it's the next best thing until the next film, eh Rob Thomas? :)

Veronica's relationship with Logan is a piercing ray of light in her shadowy world. It's a hope this natural born cynic with a marshmallow-soft heart will need to survive in the ever-evolving world of Neptune's criminal and social whirl. This series is a masterclass in how to do tie-in fiction right -- compelling stories, pitch-perfect characters, and chilling suspense -- and I need more, as the opportunity to live within Veronica's world for a brief span will never, ever grow old.

In the second book in the New York Times bestselling mystery series, Veronica Mars is back with a case that will expose the hidden workings of one of Neptune’s most murderous locations.

The Neptune Grand has always been the seaside town’s ritziest hotel, despite the shady dealings and high-profile scandals that seem to follow its elite guests. When a woman claims that she was brutally assaulted in one of its rooms and left for dead by a staff member, the owners know that they have a potential powder keg on their hands. They turn to Veronica to disprove—or prove—the woman's story. The case is a complicated mix of hard facts, mysterious occurrences, and uncooperative witnesses. The hotel refuses to turn over its reservation list and the victim won’t divulge who she was meeting that night. Add in the facts that the attack happened months ago, the victim’s memory is fuzzy, and there are holes in the hotel’s surveillance system, and Veronica has a convoluted mess on her hands. As she works to fill in the missing pieces, it becomes clear that someone is lying—but who? And why?
Posted by Unknown at 1:01 PM No comments: