Megan Hilty's It Happens All the Time 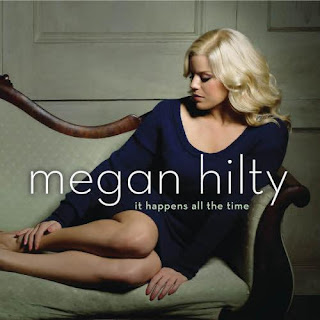 Megan Hilty, currently seen on NBC's Smash, has released her debut solo album today and it is FABULOUS. I wanted to give the album a shout-out on the blog as I discovered that Target is selling an exclusive version with two bonus tracks!

My favorite songs, by far, though are "Safe and Sound" (let's show Taylor Swift how it's DONE) and a gorgeous rendition of "The Blower's Daughter." Enjoy! :)
Posted by Unknown at 10:53 AM

Thanks for blogging about this one, Ruth! I was thinking about picking it up at some point so it's helpful to know it has some good tracks.

Loved your comment about Taylor Swift too. Vocally she is so not talented. :)

@Rissi - I love Megan's voice and I think she made some great song selections for this album. Enjoy!