As I mentioned in my retrospective post last year, I'm not really one for "best of" lists, because for that to work the completist in me would need to review everything on the blog, and that just hasn't happened. *wink* I want to once again take the opportunity to look back on the year as I experienced it in books and film. The following lists are not comprehensive or ranked, but rather the books, films, and television shows that left the most lasting impression on me this past year whether through a hard-hitting emotional read or sheer FUN. Inclusion on this list just means that I read or viewed or finally talked about the item in question during 2011, not that it was necessarily released this past year.
Ten Books
Click the cover to be taken to the review.

Six Movies
Click the poster to be taken to the review.

Six Television Shows
Click the image to be taken to a review. 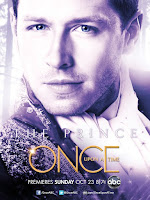 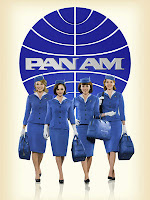 A few notes -
Books: Honorable mention goes to The Silent Governess by Julie Klassen, The Confessions of Catherine de Medici by C.W. Gortner, Baby, It's Cold Outside by Susan May Warren, and The Bridegrooms by Allison Pittman (click the title to be taken to my review).
Movies: This year was clearly the year of Michael Fassbender. :) In addition to the above listed films, there were several movies I saw in theaters that I never got around to blogging about (I can hear the shocked gasps! *wink* Maybe some of those will make the 2012 list...), such as The Eagle, The Help, and Harry Potter and the Deathly Hallows Part Two. Honorable mention of films seen that made it to the blog include Water for Elephants, Cowboys & Aliens, Captain America: The First Avenger, and The Three Musketeers (click the title to be taken to my review).
Television: Honorable mention goes to Doctor Who, which I rarely blog about (namely because once I start I'd NEVER STOP) and White Collar. This year was most remarkable for being the year that American TV really stepped up and delivered shows that I liked so much I couldn't resist blogging about them (Grimm, Once Upon a Time, and Pan Am).
Looking forward, I'd like to resurrect my All Things Jane series of blog posts -- yes, there is still plenty of Jane Eyre-related books and films to talk about. :) I'd also like to host a few more book giveaways, so keep an eye out for those! And I'd like to do a better job blogging about classic film, since that is one of my passions.
I realize I'm posting this a few days early, so any books or films I post about between now and January 1st will have to content themselves with honorable mention status if the situation warrants it. :)
I'd love to hear some of your 2011 favorites, so please chime in with your take in the comments section, or a link to your own blog post if you've blogged about your favorites already. :)
Posted by Unknown at 6:11 AM

Cannot wait to read Susan's book - it looks/sounds so cute! Most of those TV shows sound great, and we agree on a handful of your "top" films. =D
This was a really fun idea, Ruth! I don't know that I'd get a post written up... but maybe I should give it a try. =D

This is a fun idea! I'm not sure I will get around to doing anything similar, but I enjoyed looking through your "best of" list.

For me, the movie I loved most for 2011 was X-Men: First Class. I've always loved the franchise, but the prequel was just SO GOOD. It blew me away and every time I watch it, I love it more. Other movies I enjoyed, but nothing even comes close to that film.

Wow, I just now realized (because you mentioned it) that you didn't review HP:7:Part 2! You have to sometime, because I really want to hear what you thought. :)

I'd really love to read what you thought of TDH Part Two.

I read The Tudor Secret thanks to your review. It was definitely a great book.

BTW, have you heard of Allie Carter's Gallagher Girls series. It's set in a spy school for girls. Just as good, if not better than, the Heist Society novels.

Ruth, Love how you did this with books, movies, and TV. I know I've said it before but you are one of my favorite reviewers because I know if you loved something I will, too. A kind of kindred spirit kind of thing:) It's such an honor to be on your list and now I'm anxious to check out some of these other offerings. I think we authors should do a top ten reviewers list! You know where you'd be, my friend.

LOVE Sugar Queen, Once Upon a Time, and Tangled.

I need to see Jane, X-Men, Thor, and Midnight in Paris.

@Charity - Thank you, glad you enjoyed it! :) I completely agree with you about the X-Men prequel...it was SO GOOD and I much needed breath of "fresh air" in the franchise.

@Michelle - Okay, between you and Kristin - I will review it! :)

I'm so happy you enjoyed The Tudor Secret - I can't wait until Gortner releases book #2 in that series. And I have heard of the Gallagher books, I definitely plan on trying them since I loved the Heist books so much.

@Laura - Oh thank you my friend! You are too sweet! I am honored to be considered something of a kindred spirit. :)

@Juju - Hope you enjoy all of those films!