A Most Unsuitable Match by Stephanie Grace Whitson

This week, the
Christian Fiction Blog Alliance
is introducing
A Most Unsuitable Match
Bethany House; Original edition (August 1, 2011)
by
Stephanie Grace Whitson
ABOUT THE AUTHOR: 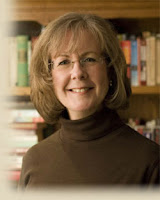 A native of southern Illinois, Stephanie Grace Whitson has lived in Nebraska since 1975. She began what she calls "playing with imaginary friends" (writing fiction) when, as a result of teaching her four homeschooled children Nebraska history, she was personally encouraged and challenged by the lives of pioneer women in the West. Since her first book, Walks the Fire, was published in 1995, Stephanie's fiction titles have appeared on the ECPA bestseller list numerous times and been finalists for the Christy Award, the Inspirational Reader's Choice Award, and ForeWord Magazine's Book of the Year.

Her first nonfiction work, How to Help a Grieving Friend, was released in 2005. In addition to serving in her local church and keeping up with two married children, two college students, and a high school senior, Stephanie enjoys motorcycle trips with her family and church friends. Her passionate interests in pioneer women's history, antique quilts, and French, Italian, and Hawaiian language and culture provide endless story-telling possibilities.

An unlikely attraction occurs between two passengers on a steamboat journey up the Missouri River to Montana...

She is a self-centered young woman from a privileged family who fears the outdoors and avoids anything rustic. He is a preacher living under a sense of duty and obligation to love the unlovable people in the world. She isn't letting anything deter her from solving a family mystery that surfaced after her mother's death. He is on a mission to reach the rejects of society in the remote wilderness regions of Montana. Miss Fannie Rousseau and Reverend Samuel Beck are opposites in every way... except in how they both keep wondering if their paths will ever cross again.

If you would like to read the first chapter of A Most Unsuitable Match, go HERE.
Posted by Unknown at 5:10 AM