if I ruled the world (alternate title: Ruth and Rachel become TCM programmers!)

It is no great secret that I adore Turner Classic Movies. That station feeds my classic film obsession, introduces me to new favorites, and lets me revisit old friends every day. Earlier this week Rachel challenged me to come up with my dream film line up should I ever get the opportunity to be a TCM guest programmer. The only qualification was that the films were pre-1965 (and I of course had to explain why they were included!).

The results of this discussion are these STELLAR film line-ups (TCM, I am waiting by the phone). First up, here are my five picks:

Her Cardboard Lover (1942) – In her final film appearance, Norma Shearer shines opposite a young, energetic, and boyishly charming Robert Taylor. Taylor is the broke songwriter intent on winning socialite Shearer’s affections, while she’s determined to keep him at arm’s length, using him as a "human shield" against the attentions of a debonair George Sanders. Taylor is at his maddening, dashing, adorable best in this film, and reveals a surprising affinity for screwball comedy.

Foreign Affair (1948) – Classic Billy Wilder comedy featuring a standout performance by Jean Arthur as a prim and proper Congresswoman tasked with assessing the morale of American troops stationed in occupied Berlin. A love triangle develops between Arthur, a handsome army captain played by John Lund, and Marlene Dietrich as a sensuous German singer with a dangerous past. Hilarious misunderstandings ensure, and watching Arthur gradually unravel as she falls for Lund is a delight.

My Cousin Rachel (1953) – Richard Burton is at his handsome and youthful best in this absorbing story of obsession and what happens when the line between perception and reality becomes irrevocably blurred. Olivia de Havilland is gorgeous and enigmatic as the woman who comes to captivate Burton’s soul. Moody, suspenseful, and atmospheric, with gorgeous mid-19th century costumes, My Cousin Rachel is not to be missed for fans of Daphne du Maurier’s Rebecca.

A Hole in the Head (1959) – Charming Frank Capra vehicle features Frank Sinatra as a well-intentioned single father who struggles to balance his high-flying schemes of striking it rich with the responsibilities that come with raising a young son. Eleanor Parker is lovely as the lonely widow Sinatra's son Ally hopes will make his father happy, and Edward G. Robinson and Thelma Ritter are terrific as the straight-laced relatives determined to separate father & son. Sinatra and Eddie Hodges will melt your heart as father and son, especially during their performance of the Oscar-winning song from which the film takes its name and the moving final scenes.

Midnight Lace (1960) – Doris Day does suspense! Day plays Kit, an heiress and the new bride of Rex Harrison, who can’t get anyone to believe she’s being stalked. Moody and intense, the scenes in the London fog are deliciously atmospheric, and John Gavin is positively swoon-worthy as the one man who wants to help Kit, but as she's driven to the brink of madness, she isn’t sure she can trust.
And now for Rachel's selections:

Gone with the Wind - brings the Southern Antebellum Era to wonderfully techni-coloured life. The loves and losses of spicy heroine Scarlett O'Hara threaten to eclipse the background canvas of the war between the States while still drawing enough attention and melodrama to evoke comparison to another looming War imminent at the time of the film's inital release. This movie is the epitome of sprawling epic and it releases just enough of the book's enduring magic and touches on just the right notes of Scarlett's on-going ballad to make it one of the greatest examples of novel-to-screen in film history. The film is so well cast that each individual character will forever be associated with its competent onscreen portrayal and thoughts of revision seem incomprehensible. 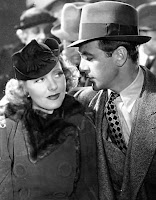 Mr. Deeds Goes to Town: Surfacely, a charming romantic comedy about a poetic soul misplaced in the big city upon his inheritance of a grand estate. "Pixilated" since birth, Longfellow Deeds' big heart and eccentric demeanour fall prey to the wiles of a newspaper's hunger for exposition while thawing the heart of a journalist whose initial skepticism is replaced by pure inspiration. A gem from Frank Capra: a director who devoted his film career to piecing hope and inspiration out of the crumbled loss of a nation disillusioned by war. 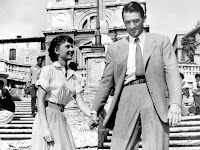 Roman Holiday: from the first moment when Princess Anne ( glitteringly portrayed by endearingly vulnerable Audrey Hepburn in her first major American film role) accidentally slips out of her shoe you know that this Cinderella-story-in-reverse will be luminously executed by Hepburn's incomparable beauty and charm. As Jean Arthur's sceptical journalist in Mr.Deeds Goes to Town hides her identity to weasel a story; so Gregory Peck's Joe Bradley sets out to glean the exposee of the century while class-clashingly falling in love with a princess disuillusioned by her royal obligations. Rome plays as much of a character as the two leads and the cinematography leading both tourists through the maze of the definitive continental city adds to the burgeoning romantic plot. 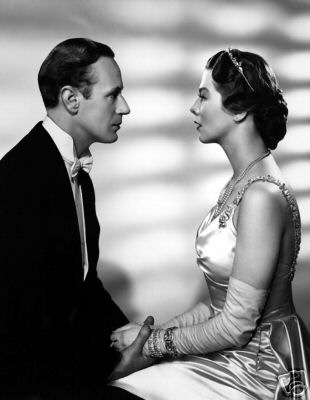 Pygmalion transplants George Bernard Shaw's comedy of class and manners onto the silver screen. So lasting was the interpretation of the play by Leslie Howard and Dame Wendy Hiller that the controversial ending tweaked to suit a romance-hungry movie-going population would endure until the release of My Fair Lady several years later. British acting is at its finest as a classic piece of theatre is made accessible to audiences everywhere. While it takes the aforementioned liberty with the ending of the tale, the screen adaptations stays true to the tone and subtle humour of the story and Howard is at his best when playing to Henry Higgins' greatest weakness: his inability to recognize that in as much as he has changed flower girl-turned -English gentlewoman Eliza, Eliza has changed him.

Cluny Brown, Ernst Lubitsch's penultimate film, is a equal parts satire and comedy of manners set at an English manor house in the year preluding the Second World War. Charles Boyer is the epitome of rapscallion charm as Adam Belinski: a wily Czech professor in exile for his anti-Hitler sentiments willing to capitalize on the well-meaning (if daft) British anti-war enthusiasts who idolize him. This leads to his stay at Friar's Carmel with a wealthy family who know little about world events other than writing letters to the Times and hearing of Hitler's popular book ( something or other outdoorsy about a camp, or so thinks the Lord of the Manor). While there, he falls head-over-heels in love with another outcast: the adorably zesty domestic maid Cluny Brown. With an imagination worthy of Anne of Green Gables and a penchant to follow her dour Uncle's trade as a plumber, Cluny mirrors Belinski in her seeming inability to meld into the society she is so desperate to find her place in.  With a scathing, sweet, whipsmart script and enough double-entendre to send a modern viewer's head spinning, Cluny is only recently being revisited as a classic of the Lubitsh canon.
***
So there you have it - I'd love to hear your thoughts on any of these films, or which five would make up your own "dream" TCM schedule!
Posted by Unknown at 9:38 AM

this is the best blog ever posted ever in the world!

@Rachel - YES IT IS!! :) This was so much fun - ridiculously so - will brainstorm sequel themes throughout the day. :)

I'm now inspired to find some of these titles that I haven't seen.

Mine would be totally random. Notorious, Breakfast at Tiffany's, The Sting, Wild River, Laura, and Young Frankenstein.

@heidenkind - Random movie nights are the best! I've seen everything except Wild River - and that has Montgomery Clift in it & I love him! Great picks!

I haven't seen any of your five films, Ruth! I feel ashamed of myself. :)

My five picks would be: It Happened One Night, The Thin Man, Casablanca, Singin' in the Rain, and Roman Holiday. Maybe a little cliche, but some of the best classic movies ever, in my opinion. :) But seriously, being a TCM host is one of the coolest jobs I can imagine. Getting paid to talk about classic movies? I could definitely live with that.

I can't believe I haven't seen 6 of the 10 films! Looks like I have some films to put on my list to see. Of course for me both lists are missing one very important ingredient: Cary Grant!

Great picks BTW! And it may be cliche, but they are classics for a reason! :) (You should totally do your own post like this!)

@Anne - You have NO IDEA how hard it was to narrow things down! LOL! I adore Cary Grant (and I'll let you in on a secret: Rachel & I had such fun collaborating on this post, we're planning on doing something similiar again - and Cary Grant will get his due at some point!).

Four of my picks (the Sinatra film being the exception) are at the top of my "I hope they are released on DVD SOON" list. :)

Ruth, I have been DYING for TCM to play Midnight Lace....I watched that movie once (gave me a good case of the creeps) and yet, I loved it.....so if you were a guest programmer, I would definitely be tuning in for that one!

"A Hole in the Head" is one of my family's favorites. We go around quoting it a lot.....

Let's see, if I had mine, I think they would be :"Midnight Lace" (for the express reason that it is never aired), "All About Eve" "An Affair to Remember" "Caged" and "Casablanca"....yep, I am all over the place. I am in love with old movies =D

I have totally spent time thinking about this very topic! At the moment my picks would be:

Bringing Up Baby
Notorious (rectifying the shocking lack of Cary Grant in your lists)
The Heiress-love Olivia and Montgomery!
Camille-still makes me cry
One, Two, Three-gotta end with a comedy.

Very excited to see what other themes you've come up with!

@Ella - Ohmygoodness, you are the first person I've met in AGES who is familiar with Midnight Lace at all! Doris Day is so popular I can't figure out why it's not shown more or been released on DVD. Great choices for your own schedule! :)

@Bookworm1858 - Fabulous choices! I don't think I've ever seen Camille (though I'm familiar with it b/c Robert Taylor's in it) or One, Two, Three - will keep my eyes out for that one! And I love The Heiress! And I promise Cary Grant will get more love in future posts! :)

Those all look like great movies! I didn't see any Humphrey Bogart or John Wayne movies but I guess I grew up with different films. My Dad's influence. ;) Let's see, my choice of movies would be:

Singing in the Rain {I have to watch it anyway since a friend recommended it ;)}

Capatin Blood {it's so totally a classic!}

Shadow of a Doubt {or possibly a different Alred Hitchcock film}

Keep up the blogging; it's marvelous! ;)

@Elaine - Aww, thanks! :) Singin' In the Rain is one of my all time favorites. And I ADORE Captain Blood (love me some Errol Flynn), and The Swan, and Shadow of a Doubt is classic Hitchcock! Great choices!