Becca By the Book by Laura Jensen Walker

Becca By The Book 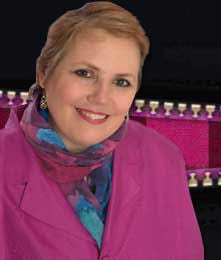 Laura Jensen Walker is an award-winning writer, popular speaker, and breast-cancer survivor who loves to touch readers and audiences with the healing power of laughter.

Born in Racine, Wisconsin (home of Western Printing and Johnson’s Wax—maker of your favorite floor care products) Laura moved to Phoenix, Arizona when she was in high school. But not being a fan of blazing heat and knowing that Uncle Sam was looking for a few good women, she enlisted in the United States Air Force shortly after graduation and spent the next five years flying a typewriter through Europe.

Her lifelong dream of writing fiction came true in Spring 2005 with the release of her first chick lit novel, Dreaming in Black & White which won the Contemporary Fiction Book of the Year from American Christian Fiction Writers. Her sophomore novel, Dreaming in Technicolor was published in Fall 2005.

Laura’s third novel, Reconstructing Natalie, chosen as the Women of Faith Novel of the Year for 2006, is the funny and poignant story of a young, single woman who gets breast cancer and how her life is reconstructed as a result. This book was born out of Laura’s cancer speaking engagements where she started meeting younger and younger women stricken with this disease—some whose husbands had left them, and others who wondered what breast cancer would do to their dating life. She wanted to write a novel that would give voice to those women. Something real. And honest. And funny.

Because although cancer isn’t funny, humor is healing.

To learn more about Laura’s latest novels, please check out her Books page.

A popular speaker and teacher at writing conferences, Laura has also been a guest on hundreds of radio and TV shows around the country including the ABC Weekend News, The 700 Club, and The Jay Thomas Morning Show.

She lives in Northern California with her Renaissance-man husband Michael, and Gracie, their piano playing dog. 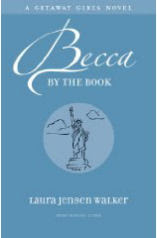 
At twenty-five, free-spirited Becca Daniels is still trying to figure out what she wants to be when she grows up. What Becca doesn’t want to be is bored. She craves the rush of a new experience, whether it’s an extreme sport, a shocking hair color, or a new guy. That’s why she quit her bookstore job, used her last bit of credit to go skydiving, and broke her leg.


And that’s why, grounded and grumpy, Becca bristles when teased by friends for being commitment-phobic. In response, Becca issues an outrageous wager—that she can sustain a three-month or twenty-five date relationship with the next guy who asks her out. When the guy turns out to be “churchy” Ben—definitely not Becca’s type—she gamely embarks on a hilarious series of dates that plunge her purple-haired, free-speaking, commitment-phobic self into the alien world of church potlucks and prayer meetings.


This irrepressible Getaway Girl will have you cheering her on as she “suffers” through her dates, gains perspective on her life’s purpose, and ultimately begins her greatest adventure of all.

If you'd like to read the first chapter of Becca By The Book, go HERE