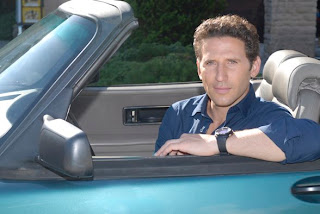 So I'm curious, is anyone watching Royal Pains Thursday nights on USA? I thought I'd give it a shot since all of my regularly scheduled scripted programs are on hiatus until the fall. Plus, it follows Burn Notice (talk about a KILLER lead-in). In case you're not familiar with the premise of the show, it follows Dr. Hank Lawson (played by Mark Feuerstein) when he falls into the plum job of becoming a concierge doctor to the wealthy at the Hamptons, after being fired from his job as an ER doctor when a hospital patron died on his watch. Basically, he's a mix of MacGyver and Michael Westen from Burn Notice, only blander. Feuerstein comes across as likable enough, but I am just not connecting with the whole premise of the show. Perhaps this is because it's been called Burn Notice, M.D., one too many times - and in my opinion, falls FAR short by comparison. So, any Royal Pains fans out there that are connecting with this show better than I am? I realize only two episodes have aired, but if this show is working for you, let me know what I'm missing. ;-) (I should mention that the presence of Campbell Scott in the pilot and Andrew McCarthy in last night's episode are marks in the show's favor...small marks, but marks nonetheless!)
Posted by Unknown at 7:26 PM

I haven't had a chance to watch it yet. Is it worth watching?

@Jennifer - It's okay. Not super excited about it yet - I canceled the series record on my DVR if that tells you anything. ;-) The series concept may need to "gel" a while before it really works for me. Just my two cent's worth.