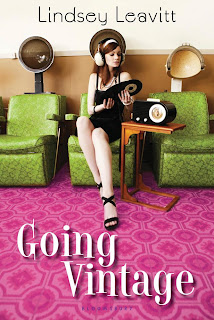 At the outset sixteen-year-old Mallory's junior year promises perfection -- secure in her role as one half of "Jeremy and Mallory," the uncertainty and identity issues that plague the teenage years seem banished from her life. Until one day, during a break in a study session (read: she writes Jeremy's paper, they make out) she discovers an open window on Jeremy's computer -- a window into a life she never dreamed existed. Within the confines of Friendspace and its popular Authentic Life game, Jeremy has created a whole other persona, one she never dreamed existed, where he shares his hopes and dreams and feelings with a virtual wife. Reeling from the very public break-up and subsequent shredding her reputation takes online, Mallory is primed for a radical change. She finds her plan and method in the form of a list from her grandmother's high school days, circa 1962. Become the pep club secretary, find a steady -- life was sweet without the pressures of being connected to technology 24/7.

But unplugging in a world where relationships have become dependent on social networking and internet research is easier said than done, particularly when Jeremy won't let her go and his handsome, hipster eccentric cousin Oliver loves to make her smile. Mallory's radical attempt to live in the 1960s may yield unexpectedly rich dividends, if only she can realize that the more things change, the more they stay the same -- and the love and life and living is a roller-coaster ride to be embraced, no matter the decade.

People, I loved this book so much I read it in a DAY. ONE DAY, people. Where was Lindsey Leavitt when I was in high school? This book! Mallory's love affair with the past could so be MY LIFE. Much like the Woody Allen film Midnight in Paris, Going Vintage gently forces those of us who love the past, who might tend to idealize it, to not live in the past -- but rather use the lessons of the same to enrich one's present. It's all about balance, right? Mallory is a delightfully relatable heroine, sure to find a friend with anyone who has ever longed to "unplug" or been burned by society's increasing obsession with social -- and oft-times superficial -- networking. Mallory's hunger for something real, something substantive, flies in the face of everything she's been taught to believe and accept as the norm in a world that praises conformity as a prerequisite for acceptance.

It's so refreshing to read such an honest, generally positive portrait of family life. Mallory's family is far (FAR) from perfect, but Leavitt makes sure that their conflicts and disagreements never overshadow the bottom line -- that they love each other and are committed to making the respective spousal, parent/child, and sibling relationships work. Even the awkward "birds and the bees" talk is given a refreshingly honest, poignant spin, as Mallory discovers and copes with the fallout from giving "pieces" of herself to another. Even physical actions on the more "innocent" end of the spectrum -- kisses and embraces -- are shown to foster an emotional commitment and connection that have consequences when the relationship implodes. And in Mallory's case, the dawning realization that she's given of herself and received nothing in return -- that she has no sense of individuality outside of a relationship -- is the driving impetus for her self-imposed media fast and journey towards self-discovery and emotional wholeness.

Though Mallory wisely determines to know herself before entering into a new relationship, the seeds of the same planted early in her post-Jeremy life are perfectly realized. Oliver is quite possibly one of the best heroes I've read this year -- quirky, funny, and adorably authentic, I loved how he was determined to know the real Mallory, not the online version whose life was defined by quick, bullet-point "updates." Going Vintage is a total charmer, a sweet coming-of-age story that balances its deftly realized exploration of the importance of knowing oneself and finding balance in personal relationships with a healthy dose of warmth and humor. Within the pages of Going Vintage Leavitt delivers the perfect summer read -- fast-paced, light and breezy fun with an unexpectedly poignant, valuable lesson subtly woven throughout Mallory's journey. Very well-done -- Leavitt is an author to watch!

When Mallory discovers that her boyfriend, Jeremy, is cheating on her with an online girlfriend, she swears off boys. She also swears off modern technology. Inspired by a list of goals her grandmother made in 1962, Mallory decides to "go vintage" and return to a simpler time (when boyfriends couldn't cheat on you online). She sets out to complete grandma's list: run for pep club secretary, host a dinner party, sew a homecoming dress, find a steady, do something dangerous. But the list is trickier than it looks. And obviously finding a steady is out . . . no matter how good Oliver (Jeremy's cousin) smells. But with the help of her sister, she'll get it done. Somehow. Lindsey Leavitt perfectly pairs heartfelt family moments, laugh-out-loud humor, and a little bit of romance in this delightful contemporary novel.
Posted by Unknown at 4:25 PM

I've been wanting to read this book for the longest time! I'm glad you read it and enjoyed it...now I want to get my hands on a copy even more. :)

Oh, my! Sounds like a delight. Been meaning to read this (it's on that TBR stack) so must get to it. As usual, your review inspires more excitement. :)

You had me at Midnight In Paris. :)

Lindsey Leavitt writes great characters. Have you read Sean Griswold's Head? It's my favorite of her books so far.

@Rissi - Thank you! Hope you enjoy it!

@Kara - I haven't read Sean Griswold yet but I def. want to after loving this one! Thanks for the rec! :)

Definitely agree that you need to check out Sean Griswold's Head-it's my favorite as well. In this book, I especially adored Ginny and the whole focus on family.