Lion of Babylon by Davis Bunn

This week, the
Christian Fiction Blog Alliance
is introducing
Lion of Babylon
Bethany House (July 1, 2011)
by
Davis Bunn
ABOUT THE AUTHOR: 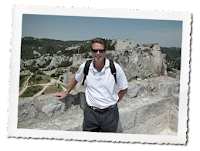 Born and raised in North Carolina, Davis left for Europe at age twenty. There he first completed graduate studies in economics and finance, then began a business career that took him to over forty countries in Europe, Africa, the Middle East and Asia.

Davis came to faith at age 28, while living in Germany and running an international business advisory group. He started writing two weeks later. Since that moment, writing has remained both a passion and a calling.

Davis wrote for nine years and completed seven books before his first was accepted for publication. During that time, he continued to work full-time in his business career, travelling to two and sometimes three countries every week. His first published book, The Presence, was released in 1990 and became a national bestseller.

Honored with three Christy Awards for excellence in historical and suspense fiction, his bestsellers include The Great Divide, Winner Take All, The Meeting Place, The Warning, The Book of Hours, and The Quilt.

A sought-after speaker in the art of writing, Davis serves as Writer In Residence at Regent’s Park College, Oxford University.

Marc Royce works for the State Department on special assignments, most of them rather routine, until two CIA operatives go missing in Iraq--kidnapped by Taliban forces bent on generating chaos in the region. Two others also drop out of sight--a high-placed Iraqi civilian and an American woman providing humanitarian aid. Are the disappearances linked? Rumors circulate in a whirl of misinformation.

Marc must unravel the truth in a covert operation requiring utmost secrecy--from both the Americans and the insurgents. But even more secret than the undercover operation is the underground dialogue taking place between sworn enemies. Will the ultimate Reconciler between ancient enemies, current foes, and fanatical religious factions be heard?

If you would like to read the first chapter of Lion of Babylon, go HERE.
Posted by Unknown at 7:38 AM