I am so ridiculously excited about this film.

Thoughts? I think Christopher Nolan has done a brilliant job with the character of Batman, and from the looks of the teaser trailer and the cast list ("series" regulars Christian Bale, Gary Oldman, Michael Caine, and Morgan Freeman are being joined by Tom Hardy, Joseph Godon-Levitt, Anne Hathaway, and Marion Cotillard), The Dark Knight Rises will be the best installment - and a fitting conclusion - to Nolan's richly compelling, dark, and gritty reimaging of the Batman story. It'll certainly be one of my most anticipated films of 2012 at the very least. :) 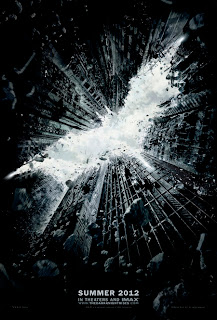 My husband and I both agree...it can't arrive in theaters soon enough!

Thanks for posting the trailer, too. I've been itching to see it. :o)

@Christy - Oh, you're welcome! I was so excited to finally have PROOF that it's really coming! It seems so long since The Dark Knight...

This one does look like it will be very good!

I'm so excited!! Thanks for posting.