Wildflowers of Terezin by Robert Elmer 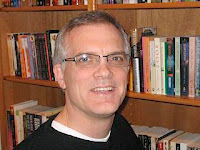 Robert Elmer is a former pastor, reporter and as copywriter who now writes from he home he shares with his wife Ronda in northern Idaho. He is the author of over fifty books, including eight contemporary novels for the adult Christian audience and several series for younger readers. Combined, his books have sold more than half a million copies worldwide. Like his popular "Young Underground" youth series, Wildflowers of Terezin was inspired by stories Robert heard from his Denmark-born parents and family. When he's not sailing or enjoying the outdoors, Robert often travels the country speaking to school and writers groups. 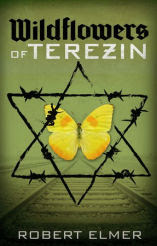 When nurse Hanne Abrahamsen impulsively shields Steffen Petersen from a nosy Gestapo agent, she’s convinced the Lutheran pastor is involved in the Danish Underground. Nothing could be further from the truth.

But truth is hard to come by in the fall of 1943, when Copenhagen is placed under Martial Law and Denmark’s Jews—including Hanne—suddenly face deportation to the Nazi prison camp at Terezin, Czechoslovakia. Days darken and danger mounts. Steffen’s faith deepens as he takes greater risks to protect Hanne. But are either of them willing to pay the ultimate price for their love?

To read the first chapter of Wildflowers of Terezin, go HERE.
Posted by Unknown at 4:59 PM