New adaptation of The Diary of Anne Frank 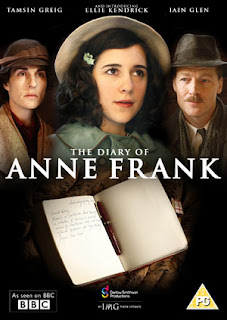 Coming up on Sunday, April 11 (Holocaust Remembrance Day), Masterpiece Classic will air a new production of The Diary of Anne Frank. Here's a bit about the production:

A Jewish teenager hiding from the Nazis pours out her heart to the only true friend she has left: her diary. MASTERPIECE CLASSIC presents The Diary of Anne Frank, the most accurate-ever adaptation of one of the world's most widely read memoirs. Adapted by Deborah Moggach (Pride and Prejudice starring Keira Knightley), and starring newcomer Ellie Kendrick (An Education) as Anne Frank, The Diary of Anne Frank premieres on Holocaust Remembrance Day, April 11, 2010.

This sounds amazing, I will have to see if we get the station here...
In Christs Love
Michelle~

@Michelle - If your PBS station isn't broadcasting the show for some reason, it will be available to view online for a week or so on the PBS/Masterpiece website.