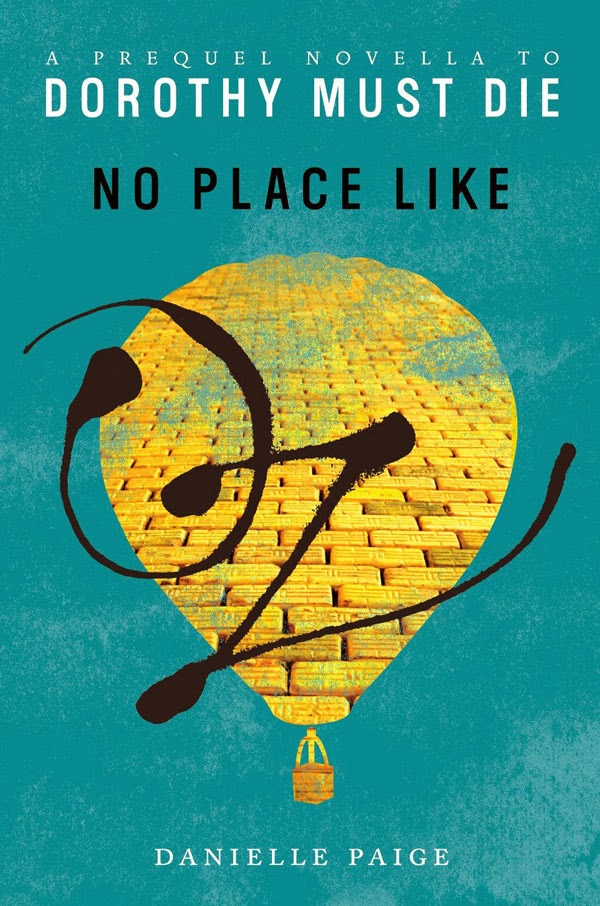 It's been two years since Dorothy returned to Kansas from her adventures in Oz -- two years marked by a brief brush with fame as surviving the cyclone made her a local celebrity, followed by normalcy. After experiencing the wonders of Oz, the heady flush of power and acclaim, normal in Kansas is the last thing Dorothy craves -- and she begins to wonder if fighting so hard to come home was the biggest mistake she ever made. When her Aunt Em and Uncle Henry's lovingly-planned Sweet Sixteen birthday party goes horribly awry, Dorothy makes a desperate wish to return to Oz. When a gorgeous pair of red heels appear, with a note from "G," Dorothy is thrilled that her old friend Glinda has somehow heard her plea. But her return trip has some unintended passengers -- Em and Henry -- who are, inexplicably, less than thrilled with their marvelous new surroundings. Their determination to return to Kansas only fuels Dorothy's desire to stay. And the longer she's in Oz, reuniting with old friends like the Tin Woodman and meeting new acquaintances like the powerful Princess Ozma, and the longer she wears those gorgeous shoes, the more convinced Dorothy becomes that Oz needs her, and it's only in this magical land that she'll finally get her due. But the beautiful shoes come with unexpected side effects, effects that threaten to destroy all that made the girl from Kansas into a bona-fide hero.

Over the past several months I've come across a lot of positive buzz for Danielle Paige's debut novel, Dorothy Must Die, slated to release in April. With the release of that provocatively-titled debut just around the corner, I decided to finally try the prequel novella, and I'm so glad I did! I've always loved twists re-imagining the classic Oz story better than the original book or the widely-accepted-as-canon classic musical, and happily this novella hits all the right notes in that regard. This story makes SO MUCH SENSE, tackling the issue of how a young teenage girl would realistically cope with being the hero of a world one moment, lauded for her bravery, to returning home and being tasked with hauling pig slop. Talk about a come-down, hmm? Unchecked power in the hands of any individual, but perhaps especially a teen with barely the maturity to hope to cope with such a responsibility, is the crux of this storyline, the pivot upon which Paige's deliciously dark re-imagining of Oz turns.

Paige hits all the right notes in this slim story, from the ever-faithful Toto to the characterizations of the Cowardly Lion, Tin Woodman, and Scarecrow, even with a telling re-styling of Dorothy's famous gingham-checked dress, a study in innocence sacrificed to the heady allure of power. I loved how she slowly turned everything I thought I knew about Oz on its head. Paige's Oz is every bit as richly-imagined as its source material, and given this set-up I cannot wait to see how her full-length debut plays out. The Dorothy of legend now has bite, and something tells me she will make a formidable antagonist. My only qualm with this novella is that the sense of the time and place of Dorothy's origin isn't well-established -- Paige seems to hint at the 1930s (she references Shirley Temple's films), but this Dorothy is occasionally a tick *too* edgy and modern for me to completely buy as coming from that time period. That one issue aside, No Place Like Oz is one of the best prequel novellas I've yet to read -- action-packed and character-driven, it excels at one of my favorite literary devices -- re-imagining a classic in a fresh new light. I cannot WAIT for Paige's debut -- if she can deliver on the promise of this novella in Dorothy Must Die, she's on track to mark herself as one to watch in fantasy fiction.

In this digital original novella, Dorothy travels back to Oz to reunite with old friends, but her story may not have a happy ending. No Place Like Oz is a prequel to the forthcoming novel Dorothy Must Die.After returning to Kansas, Dorothy Gale has realized that the dreary fields of Kansas don’t compare to the vibrant landscapes of Oz. And although she’s happy to be reunited with Aunt Em, she misses her friends from the yellow brick road. But most of all, Dorothy misses the fame and the adventure. In Kansas she’s just another prairie girl, but in Oz she was a hero. So Dorothy is willing to do anything to get back, because there really is no place like Oz. But returning to the land she left comes at a price, and after Dorothy is through with it, Oz will never be the same.Perfect for fans of Alex Flinn, Marissa Meyer, and Gregory Maguire, No Place Like Oz is a dark reimagining of The Wonderful Wizard of Oz by L. Frank Baum. Building off of its rich mythology, Danielle Paige creates an edgy, thrilling story for teens that chronicles the rise and fall of one of the literature’s most beloved characters. This digital original novella is a prequel that sets the stage for the forthcoming novel Dorothy Must Die.
Posted by Unknown at 1:20 PM