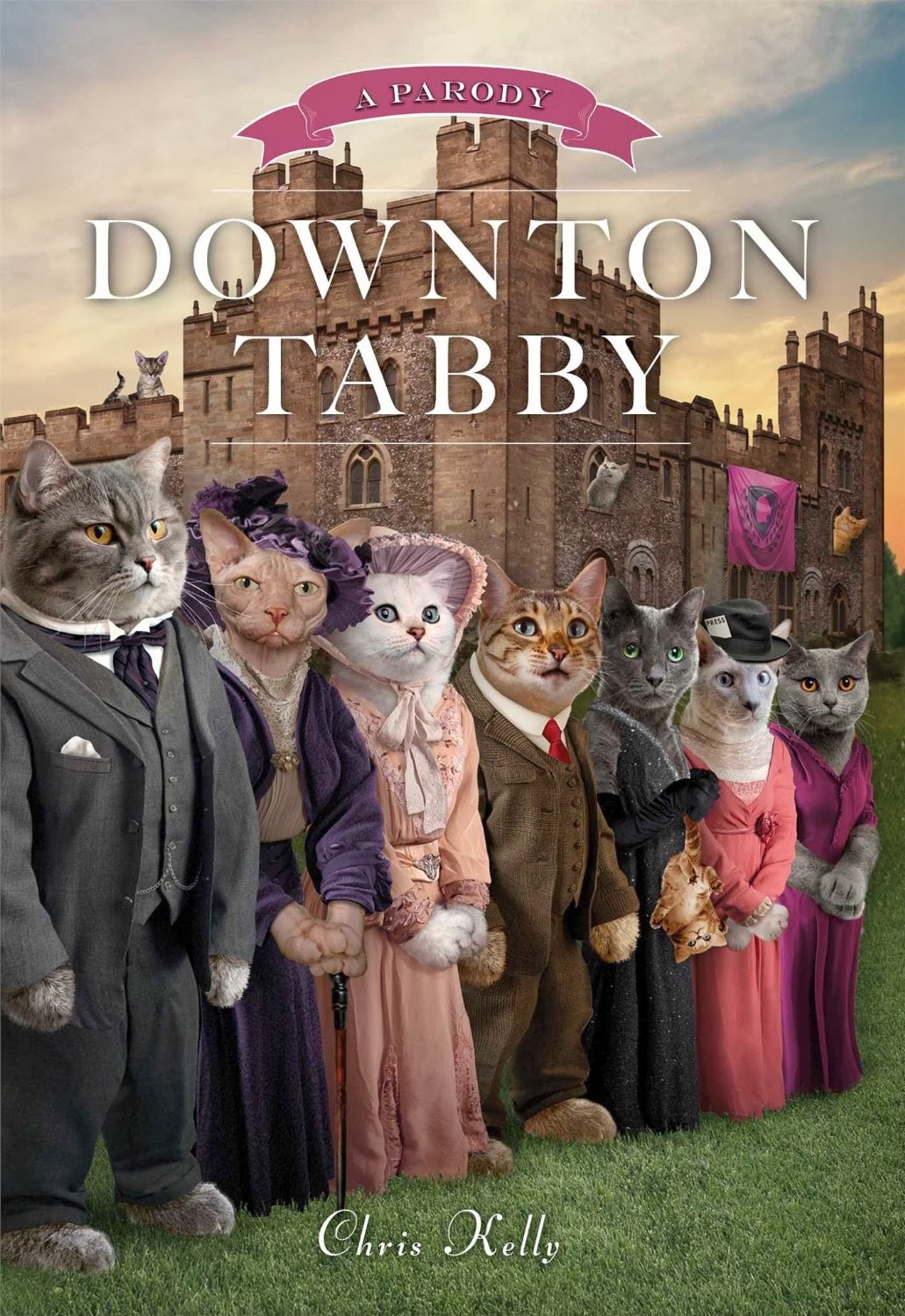 I love Downton Abbey and I ADORE cats, so Chris Kelly's recently released parody was a no-brainer for me. This slim volume condenses three seasons of the popular costume soap, following the upstairs and downstairs antics of turn-of-the-century England's feline population through the sinking of the Titanic to the aftermath of the Great War. The double-page photographic spreads, reenacting key scenes from the series with a distinctly catty thread is worth the purchase price alone (I'm particularly fond of Mattmew Clowder and Thomas Farel -- the latter the "handsome but evil First Footcat" -- preparing to dine on rat in the Verdun trenches -- it's not as gross as it sounds, ha!). Peppered between the photos and history "lessons" are sections like "Uninvited But Necessary Words from the Dowager" and "How to Keep a Secret at Downton Tabby" (i.e., why bother?). A cute and clever Downton pastiche, Downton Tabby is a nicely-designed, humorous read sure to bring a smile to the face of cat lovers and costume drama aficionados alike.

Here, the aristocrats of the animal kingdom dwell in stately splendor, sleeping, grooming, sleeping some more, and being fed by their downstairs cats, unaware that their way of life—providing work for others—is about to be swept away by the tides of history . . . and runaway cars.

The fur will fly.

This humorous parody provides essential information for preserving their Golden Age, including How to Keep a Secret at Downton Tabby, How to Argue with Lord Grimalkin About His Most Deeply Held Beliefs, and some Uninvited but Necessary Words from the Dowager.

*You can view photo spreads from the book HERE.
Posted by Unknown at 8:05 AM

I had to smile when I saw this on your Goodreads...it looks hilarious. :)

@Kristin - It's definitely not for everyone, but as a cat lover I thought it was super cute and nicely put together. :)