Review: Tip of the Tongue by Patrick Ness 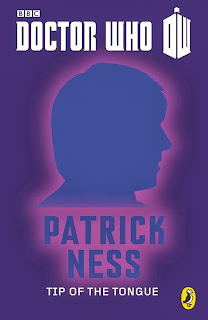 The fifth entry in Puffin's short story series celebrating eleven incarnations of the Doctor is perhaps my favorite yet in the series -- although the Doctor himself receives extraordinarily little page time. This story features the fifth Doctor as portrayed by Peter Davison. Following the popular reign of the colorful Fourth as played by Tom Baker, the Fifth Doctor has always struck me as rather boyish and quiet (the proper Edwardian cricket costume, celery accent and all helps)  by comparison (though I should note that I have limited experience with his on-screen adventures).

Ness sets his tale in 1945 Maine, where Jonny and Nettie, although only children struggle with the stigma of being two of the town's most notable outcasts -- Jonny as the son of a Jewish mother with a German last name, and Nettie, the product of the town's only mixed-race -- and therefore scandalous -- marriage. Jonny wants nothing more than to fit in and get the girl of his dreams, the spoiled Marisa, to notice him. Desperate to do so, he uses a few of his precious dollars to purchase one of the popular Truth Tellers, a small device that slips under the tongue and over the chin, and when worn speaks the absolute truth -- whether or not the object of the wearer's attention wants to hear it.

As is the norm with a Doctor Who tale, the Truth Tellers are far from the simple "toys" the townspeople think, and the Doctor and his current companion -- Nyssa, an alien aristocrat from the planet Traken, arrive to uncover the truth. While the story doesn't really paint a particularly colorful picture of the Fifth Doctor -- unless matter-of-fact observations and investigations were the norm? -- thematically I think this is one of the best and most ambitious Who-related stories I've read to date.

Tip of the Tongue touches on issues of racial and religious bigotry, elitism, and the desire to belong, all within a briskly paced short story that clocks in at just under forty pages. The character development of Jonny and Nettie is well-handled given the length restrictions of the short story format, and Ness colors their world with an excellent feel for the time period's mores and social viewpoints. A thoroughly entertaining, fast-paced entry in Puffin's 50th Anniversary Who celebrations, Ness has delivered a winner -- original, unique, and thought-provoking, akin to the Doctor's best adventures.

In 1945, a strange new craze for Truth Tellers is sweeping the kids of small-town America. The Fifth Doctor and Nyssa soon arrive to investigate the phenomenon, only to discover that the actual truth behind the Truth Tellers is far more sinister than anyone could have imagined...

Author Patrick Ness puts his own unique spin on the Doctor, his terrifying alien enemies and time-travelling adventures. 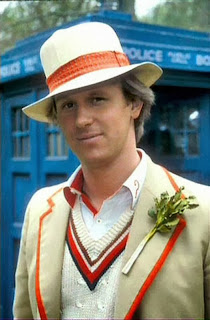