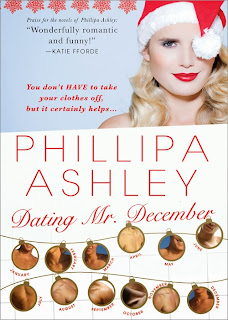 Emma Tremayne is out of her element but determined to survive. Fired after discovered that her boyfriend was cheating on her with her boss, Emma fled London and everything it meant -- success and a fast-paced job with an elite PR firm -- to the lake district and a job with the tourism board of Bannerdale, the small-town atmosphere a constant reminder of the life she lost. Her most difficult task yet involves the local mountain rescue team, whose base is in desperate need of updates and renovation. When Emma suggests a nude calendar -- the type of project that saw great success for a copter medic organization as a fundraiser and PR stunt during her London tenure -- the concept at first meets with catcalls and derisive laughter. But she manages to convince all of the team members of the fundraiser's feasibility except one Tall, Dark, and All Wrong -- Will Tennant, one of the team's senior members. She thinks he's a sexist playboy, he thinks she's an elitist snob, and with the future of the mountain rescue team on the line sparks fly as Emma and Will dance around an attraction that seems so wrong on paper it couldn't possibly work in real life...could it?

Dating Mr. December has been on my radar for years, ever since Lifetime released the Christmas film 12 Men of Christmas based on the novel in 2009 starring one of my favorite singers, the effervescent Kristin Chenoweth. That film transplanted the storyline to the United States from England and inserted a whole lot of Elizabeth and Darcy-esque romantic chemistry, resulting in a thoroughly enjoyable guilty pleasure and one of my favorite made-for-TV Christmas movies to this day. Thanks to that script and this novel's cover (which is ADORABLE), I expected the novel to have some measure of the Christmas-y feel that saturates the film. However, I couldn't have been more wrong as any holiday associations are limited to the novel's cover design and Will's status as "Mr. December" in Emma's calendar project.

For me this is a case of the film version of a novel surpassing it's written origins in nearly every respect. Will and Emma have their moments, and goodness knows each of them comes with the requisite amount of baggage found in chick lit of this ilk, but it is hard to remember the charming moments when they are overshadowed by lust and physical attributes. Now, I don't expect to find my personal morality in a secular novel, but when the bulk of a relationship rests on the mutual appreciation of each partner's physical attributes -- and that's IT -- their "romance" can sour. Will is into Emma, fine, but some of the assumptions he makes based on purely physical impulses, and then acts on -- particularly in her WORKPLACE -- are, in my opinion, way out of line.

When Ashley focuses on the emotional aspect of her characters' lives, I began to develop some sympathy for Will and Emma in turn and to think that perhaps this just might work. But the back-and-forth tension that characterized their relationship changed so rapidly, and so often, it was enough to give one whiplash. When Will and Emma finally resolve their differences, there is a welcome sweetness to their relationship -- but the tumult present earlier in the novel was more frustrating than engaging. Ashley does have a knack for peppering her story with colorful, appealing supporting players, but sadly that wasn't enough to make me quit longing for some of the charm and humor of the film to present itself on the page.

As a study in the differences between novel and film mediums Dating Mr. December provides some fodder for thought -- but as the type of engaging, effervescent chick lit that I crave when presented with a candy-colored cover and premise of this type rather than delivering, felt lacking in the extreme. I have another Ashley novel waiting on my Kindle -- perhaps I'll have more success with a story that doesn't already hold a place in my heart as a much-liked film.

She doesn't need rescuing, she only needs a change of scenery...

After a disastrous discovery loses Emma Tremayne both her boyfriend and her high-profile PR job in London, she moves to the Lake District to recover her confidence and live a simpler life. She loves her new job with the tourist board, and she's settling into small town life just fine-until she ends up responsible for a fundraising effort that calls for twelve naked mountain rescuers...
Posted by Unknown at 12:05 PM

@Phillipa - I see that your comment has been deleted, but as I received an e-mail notification of it I wanted to be sure and leave a reply. I SO appreciate it when authors give feedback on reviews, and even though this novel didn't click with me quite like I'd hoped, I'm looking forward to trying your other work! And best of luck with all of your future writing endeavors!