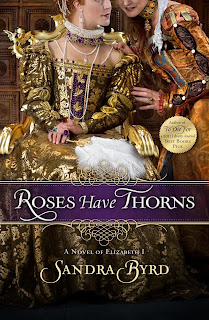 Just shy of her seventeenth birthday, Lady Elin von Snakenborg's future is in flux -- though she is engaged, her fiance's eye has turned toward her younger sister, jeopardizing her future just as she prepares to embark on an arduous journey to the English court as one of the Swedish Princess Cecelia's attendants. With her future at home uncertain, Elin turns her attentions to life at the English court and its charismatic queen, Elizabeth I. When Elin catches the eye of the Marquess of Northampton, Sir William Parr, she determines to forge a new life for herself at the center of Tudor power, and remains behind in service to Elizabeth when Cecelia and her retinue return to Sweden. Taking the name of Helena, she determines to become a true Englishwoman, and devotes herself to serve her new queen. Helena's loyalty to Elizabeth does not go unnoticed or unrewarded, and she quickly becomes one of Elizabeth's chosen few, a lady of privilege and power in a dangerous world that would seek to sway the queen's decisions. When Helena falls in love with an untitled gentleman, she discovers just how high a price the cost of friendship with a queen can be, and must decide how to balance loyalty to her sovereign with the desires of her heart.

Roses Have Thorns is the third installment of Sandra Byrd's Ladies in Waiting series, exploring the lives, loves, and times of powerful Tudor queens as seen through the eyes of their closest companions -- the ladies in waiting who stood in attendance while history was being made. I haven't read Byrd's work before, but after reading her richly evocative exploration of Elizabeth and Helena's world, I definitely plan to explore the previous novels in this series which focused on two of Elizabeth's predecessors -- her mother, Anne Bolyen, and her father's last wife, Kateryn Parr. I love novels that seek to shed light on the lives of women at pivotal points in history -- most often against highly patriarchal social constructs. Byrd's work here illuminating the life of Elizabeth I, as seen through the eyes of one of her closest companions -- a foreign noblewoman who rose to the heights of Tudor power, becoming the second-highest ranking woman in the land, fits comfortably alongside the fiction from the likes of C.W. Gortner. Gortner is a master at restoring the humanity and complicated passions to women (such as Catherine de Medici) oft-times maligned by history. In a similar fashion Byrd crafts a thoroughly engaging portrait of Elizabeth through the eyes of a woman who revered her, whose unswerving loyalty was balanced by a keen insight into the volatile nature of the power Elizabeth wielded, and the passion and strength it took to devote herself whole-heartedly to her country's welfare.

I loved Helena's character, as over the course of the novel the once shy, uncertain princess matures into a compassionate, fiercely loyal friend of the crown, and as such is uniquely placed to witness the trials and triumphs of Elizabeth's reign -- from the threat posed to her crown by her cousin, Mary, Queen of Scots, to the "Protestant wind" that destroyed the threat poised to her island kingdom by the Spanish Armada. But the favor of the queen is not without cost, and as it becomes increasingly clear that Elizabeth will devote herself to the service of England at the expense of marriage and family, she demands a level of loyalty and sacrifice in her attendants that mirrors her own. Byrd's poignant exploration of Elizabeth's sacrifice of singleness is extraordinarily well-crafted, humanizing the legendary queen in memorably unique manner. Likewise, the stress service to the queen places on Helena's second marriage illuminating and heart-breaking -- I'd never considered the cost of service to the queen, only the honor. By far my favorite aspect of the novel comes in the final third, where Helena fights to renew her marriage, stressed to the breaking point by the demands of royal service. It's one of the most frankly honest, stirring portraits of the work it takes to sustain a marriage that I've ever read in historical or contemporary fiction.

Byrd has clearly done her research on the time period, saturating each page of Helena's story with delicious period detail, from the gowns and jewelry that adorned Elizabeth and her ladies to the customs, pastimes, and politics that made up day-to-day court life. She deftly utilizes language, cosmetic detail, and historical fact to create a rich, evocative portrait of an epicenter of sixteenth-century power. If I have one complaint, it's the novel's pacing and the manner in which the passage of time is marked in this relatively slim volume (just over 300 pages). Covering a span of nearly forty years, time flies at a break-neck speed, making this a fast read, yes -- but one wishes for more pages in which to savor Helena's experiences and rise to power in service to Elizabeth. Chapters can cover nearly two years -- and when one's protagonist is at one point having a child per chapter, it's unavoidable that the pacing and structure of the novel feel rushed as a result. That said, being left wanting more isn't an entirely bad problem for a novel to have. *wink*

Roses Have Thorns offers a unique, richly-drawn portrait of Elizabeth as seen through the eyes of one closest to her -- a woman who devoted decades of her life in service to the queen of her adopted homeland. Replete with the drama, intrigue, and passions the period is known for, Byrd grounds the very human elements of her story with a subtle faith thread, one that never overwhelms the story but is instead organic to the time period, enriching and personalizing the struggles of characters long dead, brought to vibrant life with Byrd's evocative prose. This is a gorgeously-rendered achievement, and if this is the type of historical fiction Byrd is capable of I'm left more eager than ever for her next project. A novel of women, their friendships, and the price of power, Roses Have Thorns is thought-provoking, heart-rending historical fiction at its best.

What happens when serving a queen may cost you your marriage -- or your life?

In 1565, seventeen-year-old Elin von Snakenborg leaves Sweden on a treacherous journey to England. Her fiance has fallen in love with her sister and her dowry money has been gambled away, but ahead of her lies an adventure that will take her to the dizzying heights of Tudor power. Transformed through marriage into Helena, the Marchioness of Northampton, she becomes the highest-ranking woman in Elizabeth's circle.

But in a court that is surrounded by Catholic enemies who plot the queen's downfall, Helena is forced to choose between her unyielding monarch and the husband she's not sure she can trust -- a choice that will provoke catastrophic consequences.

A rich, tautly woven tale of love, deception, and grace, Roses Have Thorns vividly conjures the years leading up to the beheading of Mary Queen of Scots and is a brilliant exploration of treason, both to the realm and to the heart.

*Thanks to the publisher for the review opportunity.
Posted by Unknown at 2:48 PM

Thank you again, Ruth. I can't express how thrilled I am that you got every fine point put into the story. I so appreciate your time and efforts in reviewing! From one fairy tale lover to another. ;)

@Sandra - Thanks for stopping by, Sandra! I'm so glad you enjoyed my post. :) I am looking forward to reading the first two books in this series more than ever!

Fabulous post, Ruth! As always. I struggled with some of these just because I think I had such a picture of the movies/television series in my mind which sort of "tainted" my enjoyment of this book. Usually that doesn't affect me, but add in that this is a favorite era and likely, this just wasn't destined to be a favorite book. Glad you liked it so well - I enjoyed many aspects of it. :)

@Rissi - Just curious, are you talking about The Tudors or the Cate Blanchett Elizabeth films?