Inspector Lewis: The Mind Has Mountains

I can't believe we're already looking at the end of Inspector Lewis's fourth series run on Masterpiece Mystery next week. :-/ This year's episodes have been extraordinarily good, and for Hathaway fans (such as yours truly *wink*), last night's episode The Mind Has Mountains gave one plenty to savor -- Hathaway was on fire and the zingers just never stopped! *happiness* Here's the episode summary from the PBS website:

"Call the guinea pigs, would you," directs the brilliant psychiatrist Dr. Alex Gansa. The assorted subjects pile in to get their medication — all part of a week-long antidepressant drug trial taking place on the Oxford campus. The drug being tested is a form of ketamine — a horse tranquilizer and party circuit favorite. When trial subject Amy Katz is found dead, the drug-induced veil of contentment starts to tear. Katz was the unwitting object of obsession for several other patients, under the dubious care of the morally questionable Gansa. Lewis and Hathaway, aligned in their quiet distaste for psychiatry, uncover a number of provocative clues — condemning phone messages, notes and the remnants of a damning video diary made by the dead patient. The facts are furiously lining up. But in the mysterious realm of the human mind, sometimes certainty is deceiving. Kevin Whately and Laurence Fox star alongside Douglas Henshall (South Riding, Collision) in Inspector Lewis: The Mind Has Mountains.

From the moment this episode began, I had a suspicion that it would quickly become a favorite of the series and happily, I was not disappointed. Not only does The Mind Has Mountains feature hands-down some of the best guest star appearances in the show's history, it is a real corker of a mystery, fast-paced, tightly plotted, and with so many twists and turns and red herrings that I nearly gave myself whiplash trying to guess the outcome. And as an added bonus, the opening scenes promise some forward momentum (finally) into the tangled "mystery" of the Lewis (Kevin Whately) and Hobson will-they-or-won't-they-romance. 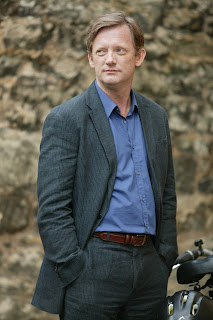 I loved the enclosed setting of this mystery -- yes, the location of the antidepressant drug trial is in a building on the Oxford campus, but the location is on the surface idyllic enough, and the motley collection of participants eclectic enough, that it struck me as vaguely reminscent of a "country house" mystery in the Agatha Christie vein. You know someone in the house did it, the only question is how many people will meet their end before the perpetrator is discovered. Most exciting of all for me was the fact that the doctor running this trial was played by one of my favorite actors, Douglas Henshall. Henshall came to my attention when I started watching Primeval (and goodness I have got to say that show misses Cutter!), and he's followed that up with appearances in Collision and South Riding. As Dr. Alex Gansa, Henshall is charming and charismatic -- it's quite easy to see how he might become the object of a patient's fantasy, the only question is whether or not he's the type to act on those "opportunities."

Hathaway (Laurence Fox) was just ON FIRE for this entire episode. While Hathaway maintained his usually calm and unflappable demeanor, there was this constant undercurrent of barely controlled energy -- frustration? -- that seemed to be simmering just below the surface of Fox's performance (LOVED it). From the opening scene when he witnesses Hobson (Clare Holman) on a dinner date WITH SOMEONE OTHER THAN HIS BFF LEWIS, Hathaway kicks the snark and sarcasm into overdrive. What is amazing to me about Hathaway's reaction is that you can sense so much of the snarkiness in his demeanor -- he doesn't actually have to verbalize anything (which is good, because he hardly ever does that -- however, in this episode, the man was in top verbal sparring form!). Two moments in this episode will in particular go down as series favorites. The first, when Gansa calls Hathaway "an odd policeman...I mean odd for a policeman" (Henshall's delivery of this line is pitch-perfect); the second, when Hathaway has an ACTUAL PHYSICAL CONFRONTATION with Dane (Sam Hazeldine), an ex-soldier and one of the trial's test subjects. All I could say to that was rawr. *wink* (Side note: Hazeldine looked familiar, and today I discovered he's appeared in Foyle's War, Robin Hood, and Persuasion.)

Speaking of the patients, it was great to see Thomas Brodie-Sangster as Adam Douglas, a student dangerously obsessed with the first victim. I rather feel as though I've watched Thomas grow up on-screen, as he started his career with roles in films like Nanny McPhee and The Last Legion, and progressed to a memorable turn in the two part Doctor Who story arc "Human Nature"/"Family of Blood." Adam was just one of many who had very strong reactions to the presence of Amy in the test house. Gansa's wife Claire (Christina Cole) was actually a former patient of her husband's (oh what a tangled web this show weaves!) who resented Amy's obsession with her spouse. It was really quite refreshing to see Cole play a sympathetic character -- I'm used to her more villainous/manipulative turns, such as in Jane Eyre where she played Blanche Ingram, or Emma where she played Mrs. Elton.

It was really quite interesting to watch the Lewis and Hathaway dynamic in this episode. Let me be clear -- that's always the main draw of this series -- but in this episode I felt like Whately and Fox brought a little something extra to their performances. This storyline -- both the investigation and the insights into their personal lives -- allowed both of them to cut loose a bit, to relax and really explore how comfortable the two have become since the somewhat testy early days of their professional partnership. I loved that Hathaway thought he should keep mum about Hobson's non-Lewis date, while Lewis couldn't understand why he didn't share the intelligence. Hathaway's rejoinder at the end of the episode was PRICELESS -- "I hope that you and Dr. Hobson work it out. Whatever it is, which you've got to admit, is a bit of a mystery." HA! 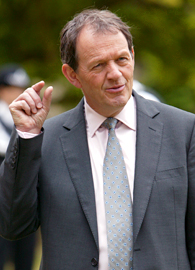 So, this is my theory about the Lewis and Hobson relationship. In the final episode of Series 3 (Falling Darkness), the burgeoning romance hit the rocks and its progression ground to a halt when Hobson's murky college past came to light. Lewis is SUCH a straight arrow, and such a S-L-O-W mover that I could see something like those events causing him to step back a bit. Perhaps that's why we've been getting this dance around their attraction issue for the past two episodes? Either way, it was quite funny to have the Lewis/Hobson non-relationship relationship so much at the front and center of this episode, to the point where the Chef (Rebecca Front) actually comments on how she wants to bang Lewis and Hobson's heads together. *wink*

I have to give the script a ton of credit for the whiplash pace that this mystery unfolded at, to the point where it kept me guessing until almost the finale. I really expected Henshall's character to take the fall for Katz's death and his wife's attempted murder -- so it was really a pleasant surprise when Lewis discovers that the arrogant doctor's assertion that his assistant Bethan (Lucy Lieman) is obsessed with him, bent on destroying anyone she views as a threat to their imaginary relationship. Apparently the good doctor and I were both a little slow on the uptake in that regard, because I really didn't see that coming until the final 15-20 minutes, because I SO expected Gansa to be the guilty one. (And who was expecting Lewis to get involved in a physical altercation with with Bethan???) Instead, I get surprised with HENSHALL ANGST as his character vows to stay by his coma-stricken wife until she awakens. Just goes to show you NEVER know, hmm? :P

This episode was extraordinarily well-constructed and fast-paced, definitely a favorite of mine in the Lewis canon. Fully of sparkling, sarcastic one-liners, unexpected action sequences, and some forward momentum in the Lewis/Hobson romance, and you have a winning formula all the way around. I'd love to hear your thoughts!
Posted by Unknown at 5:54 PM

I loved this one. We kept guessing wrong until nearly the end--even my husband who usually figures it out right away!

@Anne - So glad you loved this one too! The storyline was exceptionally twisty!! ;) LOVED IT!

I knew Gansa couldn't be the murderer because it was way too obvious, but he was such a douche I didn't mind that he was arrested. ;) It was really strange for me hating "Cutter" in this episode! I'm glad he got a redeeming scene at the end.

The big tip-off that Bethan was the murderer was when she started flirting with Lewis. It's always the ones that try to flirt with Lewis...

@heidenkind - I know what you mean...I think Primeval hard-wired fans to love Henshall in just about anything. ;)

And you are SOOOO right, if someone's flirting with Lewis that means the end is near -- LOL!

OMG...this one was soooo good, wasn't it? I totally agree that Hathaway was on fire! I did think it was Bethan a bit earlier in the show, b/c something wasn't right with her, but then the writers did such a good job of making Henshall look like an arrogant jerk that I second guessed myself. Lewis' altercation with Bethan was sort of odd to me. I mean Hathaway calls and says it's her and then he picks up the notebooks, and I'm thinking 'run...Lewis...run! this lady's a complete nutter!' Did he not expect some craziness to go down? Anyway, one of my fav eps!

@Lori - In hindsight, Bethan was WAY too perfect to be the real deal. I did think that was kind of funny - Lewis's reaction (or lack of one) to Hathaway's phone call. Maybe he thought he was man enough to dissuade her from attacking him. ;) HA!!