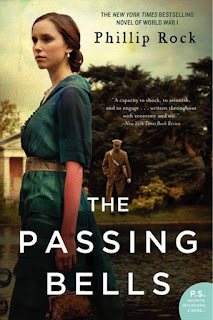 In the summer of 1914, Europe stands poised on the brink of any abyss, rumors of war poised to become a reality. But in England, the aristocratic Greville family is thoroughly occupied with more mundane, familial matters -- the romantic entanglements of the heir, Charles, and the upcoming social season that will see the debut of only daughter Alexandra. Fenton Wood-Lacy, eldest son of the architect responsible for restoring Abingdon Pryory, faces losing his commission in the Coldstream Guards and financial ruin unless he can marry money, and quickly. Lydia Foxe, only daughter and heiress of the bourgeois Archie, the business genius responsible for White Manor Tea Shops, enjoys the attentions of the dashing Fenton but is determined to legitimize her family's fortune by marrying into the peerage, and her target of choice is the lovelorn Charles. Into this rarefied world of privilege come to unlikely outsiders -- Ivy Thaxton, an impressionable Norfolk girl working as Abingdon's newest maid, and American newspaperman Martin Rilke, nephew to Hanna Greville, a "poor cousin" determined to make the most of his English sojourn. While welcomed into the Greville family's world, both Ivy and Martin are starkly aware of their status as outsiders in a glittering social sphere bound by sacred honor and steadfast tradition.

The advent of war following the assassination of the Austrian Archduke Franz Ferdinand brings the effect of far-flung European conflict home to English shores, with everyone from the highest echelons of society to the lowest members of the serving class eager to "do their bit" for king and country. For the Greville family, the full, widespread impact of the war's ability to shatter class boundaries and rewrite the rules of society is temporarily lost in their patriotic fervor. Before the horrors of trench warfare become a reality, transforming the world's very concept of conflict into a bloody war of attrition, Charles and Fenton become just two of many who view the war as a lark, a glorious adventure giving them the opportunity to make their mark on the world and strike a blow against the tenets of an older generation seeking to see the world continue to be "remade" in their image. But it is Martin, as an outsider, who with his keen intellect and razor-sharp insight into the foibles of human nature is among the first to see the war clearly, and bear witness through his writing to the conflict's irrevocable rending of the very fabric of society. As an entire generation's blood saturates the ground of France, every member of the Greville family and their acquaintance will find themselves transformed for good or ill in the crucible of war.

First published in 1978, in the wake of the now-classic Masterpiece series Upstairs Downstairs, The Passing Bells is poised to find new life in a world that has become captivated by the new "upstairs downstairs" drama of Downton Abbey, the short-lived Upstairs Downstairs re-boot, and the enduring popularity manners-driven period dramas inspired by the likes of Austen and Dickens. And for that, I am so thankful. This book is a period drama in novel form, a heady mix of fact and fiction and history, brimming with unforgettable characters, romance, scandal, and intrigue. I say this without reservation -- this is, without a doubt, the best historical novel I've read in years. From page one I was captivated by Rock's introduction into the world of the Grevilles and those family and servants who call Abingdon Pryory home. From the proud, tradition-bound patriarch Anthony, 9th earl of Stanmore, to his devil-may-care chauffeur, Jaimie Ross, an untapped mechanical wizard, each and every member of Rock's sprawling cast of characters is gloriously realized, true to their place in history and equally, genuinely susceptible to the forces of change that cut through society like a whirlwind at the beginning of the twentieth century.

This is historical fiction at its finest, richly atmospheric and saturated with period detail -- but Rock never overwhelms the narrative with raw data. Rather, the novel's sense of time and place is established through the careful meting out of fact relevant to the characters' experiences and overall narrative, resulting in a gloriously immersive, addictive page-turner. Rock's judicious marriage of fact and fiction brings the period of the Great War to life like no other novel (or film, for that matter) in my experience -- a richly rewarding, oft-times raw (Rock pens some of the most brutally honest war scenes in my reading experience), always unforgettable, read. And his characters -- oh! they will steal your heart. He possesses a seemingly effortless knack for bringing to life the privileged point-of-view of an earl while bringing to life -- equally creditably -- the perspective of a sheltered country girl experiencing the wealth of riches offered by aristocratic living for the first time. My favorite characters are by far Martin, with his passion for the truth and clear-eyed, journalistic integrity, and Ivy, the country girl who makes good and discovers her passion and purpose through her wartime efforts. Their love story -- oh, it will steal your breath with its heart and poignancy! They are followed closely by Fenton and Winifred -- Fenton's character arc was a wonderful surprise, and Winifred's clear-eyed perspective and insight are a refreshing change from the seemingly inherent artifice her peers possess. Each and every character is so well-drawn, their triumphs and heartbreak, eccentricities and passions beautifully articulated, flesh and blood characters that will capture your imagination.

For all I've stated here, I've only begun to touch on how much I adore this book. Rock's first installment in the lives of the Greville family during one of the twentieth-century's most devastating, transformative periods is an epic in every sense of the term. At once both an epic chronicle of a society's most trying hour, and an intimate look into the triumphs and tragedies of a group of characters so heart-breakingly real and authentic, one is loathe to turn the final page, The Passing Bells is, for me, a literary triumph. This is a book worth savoring, one whose world I'm thrilled to have at long last discovered. This book -- this book, I will never, ever get over this book. A story positively, gloriously breath-taking in its scope and vision. Thank goodness there are sequels!

The guns of August are rumbling throughout Europe in the summer of 1914, but war has not yet touched Abingdon Pryory. Here, at the grand home of the Greville family, the parties, dances, and romances play on. Alexandra Greville embarks on her debutante season while brother Charles remains hopelessly in love with the beautiful, untitled Lydia Foxe, knowing that his father, the Earl of Stanmore, will never approve of the match. Downstairs the new servant, Ivy, struggles to adjust to the routines of the well-oiled household staff, as the arrival of American cousin Martin Rilke, a Chicago newspaperman, causes a stir.

But, ultimately, the Great War will not be denied, as what begins for the high-bred Grevilles as a glorious adventure soon takes its toll -- shattering the household's tranquility, crumbling class barriers, and bringing its myriad horrors home.

My heartfelt thanks to TLC Book Tours for the review opportunity!
Posted by Unknown at 4:42 PM

I just put this on my Kindle to-buy list - CANNOT wait to dive in!

@heathertlc - Oh I think you'll love it! :) So happy I was able to be a part of this tour!

I ordered it at the library. :)

Well, I was on the fence about this one, but after this positively glowing review, it looks like I must not be left out! Thanks for giving me the nudge!

Awesome, awesome review. I missed this tour and I'm so bummed. I want to read it and every review I see just reinforces that.

@Holly - Thanks! I'm so sorry you missed this tour though -- hope you can acquire a copy to read soon! It's a gem, and I think you'd love it. :)

I hadn't heard of this one before. I'm dying to read it now too.

Thanks for bringing it to my attention.

Thanks for following my blog. I'm glad you liked it. I like yours as well.

The book really sounds great! And I love that it's so long. I'm drawn to the big tomes!

As a side note, it was my history teacher's story of the assassination of Archduke Ferdinand that led me to want to name my daughter Sophia. Unfortunately, Sophia has become one of the most popular baby names, so if I ever have a girl, we won't call her Sophia. I still love the story, though!

@Danica Page - Thank you right back! :) And I hope you find time to read The Passing Bells soon if you haven't already! :)

@trish - Thanks for sharing your story there! And thanks again for the tour opportunity - I'm still so fangirl-y about these books! :)