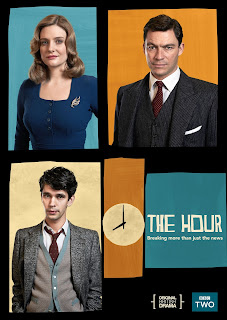 The season two finale of The Hour aired on BBC America last night, and I still haven't recovered. Seriously if you've never given the show a chance, what are you waiting for?? It is one of the best imports EVER. And between seasons one and two you're only in for a twelve-episode commitment. :)

But last night's episode brought the show to new heights of awesome. Fearless, heart-breaking, wonderful -- storytelling at its finest. For the LOVE, BBC, please give me a break and announce SOON that a third series has been commissioned.

Until then I shall console myself with reveling in the fantastic world of the show, its unforgettable characters, and the bliss that is the six nearly-perfect hours of television season two gave me.

And "Hey Girl" rip-offs (spoiler-ish relative to the season two finale...last chance to look away): 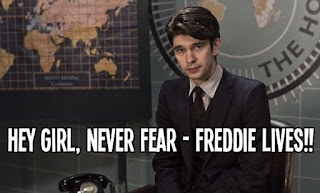 Email ThisBlogThis!Share to TwitterShare to FacebookShare to Pinterest
Labels: The Hour

Ironic you should mention this one, Ruth! Renee just recommended it - I've heard great things about it but haven't given it a try.

Hey, on a different topic, did you ever see 'Bomb Girls'? If so, what'd you think of it in relation to other WWII dramas like 'Foyle's' or 'Land Girls'?

@Rissi - Bomb Girls is far, far, FAR inferior fare when compared to Land Girls and Foyle's War. I enjoyed it well enough, but it doesn't stand up to Foyle or Land Girls well at all.