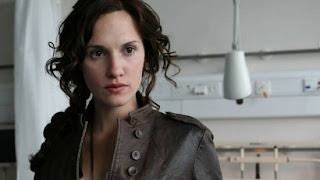 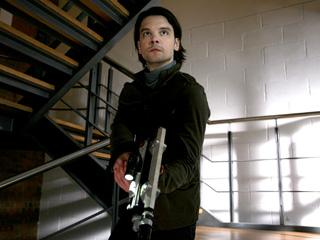 I have no idea what episode the above picture of Connor is from, all I know is it came up when I was searching for episode three pics. But even though it doesn't belong to this episode, who doesn't appreciate a gratuitious Andrew Lee Potts picture?! So you're welcome. :)
Posted by Unknown at 7:34 AM

I agree, this was a very good episode. Not to harp on my favorite subject ;), but I loved how Becker was all torn up over the fact that Matt had traveled through an anomaly and he might never see him again. They're so in love!

@heidenkind - Yeah the Matt/Becker bromance took some knocks in this ep. ;)