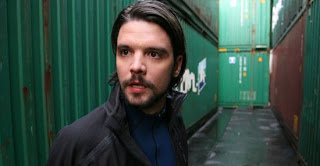 My favorite part was when Becker saved Matt and Matt was all like, "My hero!" And Becker was like, "I will always save you, Matt," and then they gazed at one other like they wanted to make out but knew it just wasn't the time. ;)

@heidenkind - I have to admit that scene cracked me up...it was a little overdone. :P