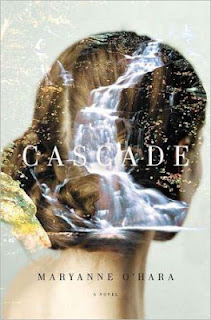 Cascade, Massachusetts, 1935. Desdemona Hart Spaulding, a talented young artist who studied in Paris, has sacrificed her dreams of working in New York City to put a roof over her newly bankrupt and ailing father's head. Two months later he has died and Dez is bound by the promises she has made to her father, her husband, and her town. Dez is stifled by her marriage to kind but conservative Asa, who is impatient to start a family, and her ambitions are fading. She also stands to lose her father's legacy, the Cascade Shakespeare Theatre, as Massachusetts decides whether to flood Cascade to create a new reservoir for Boston.

Amid this turmoil arrives Jacob Solomon, a fellow artist and kindred spirit for whom Dez feels an immediate and strong attraction. As their relationship reaches a pivotal moment, a man is found dead and the town points its collective finger at Jacob, a Jewish outsider. When unexpected acclaim and a chance to recapture her lost dreams of life in New York City arise, Dez must make an impossible choice.

As the threads of this enthralling novel intertwine, they weave a portrait of an unforgettable young woman who finds herself caught in the age-old struggle between duty and desire.

As what comes to be known as the Great Depression spreads its stranglehold across America, from the crowded streets of New York to the western plains, aspiring artist Desdemona Hart finds her life irrevocably changed. When the fallout from the flailing financial markets wiped out her father's resources, including the family home, Dez was forced to give up her precious art school, the tuition far too dear. Instead of moving to New York City and immersing herself in the whirlwind of its cosmopolitan art scene, she agrees to marry Asa Spaulding, the local pharmacist, in order to provide a roof over her ailing father's head. But a scant two months into the marriage of convenience, Dez's father dies, having given his precious Shakespearean playhouse to his son-in-law while leaving Dez charged with seeing the once-famous summer theater brought to life once more. Stifled by the trappings of the domestic life she never wanted, Dez finds solace in the weekly visits from Jacob, a Jewish peddler and fellow artist, giving birth to a dangerous and all-consuming attraction. As Dez's hometown faces the threat of imminent domain, takeover by the government in order to provide nearby Boston with a precious water supply, Dez is faced with a choice. Will she settle for a life of tradition and security, or will the call of her art, the desire to create, prove too great a lure?

Cascade is a lyrical debut, marking Maryanne O'Hara as an author to watch. Set during one of my favorite historical time periods -- the tumultuous 1930s, with the ever-encroaching threat of a second world war on the horizon, O'Hara has crafted a novel of a woman, her town, and indeed the world on the brink. Caught in the raging, warring waters of societal expectations, world events, personal desire, and life's greatest constant -- change -- Cascade is in many respects a chronicle of how mankind alternately embraces and fights the great river that, over time, forms the path and direction of one's life.

Given the time period in which Dez's story occurs, and the unexpected (and delightful!) nods to Shakespeare throughout the novel, I hoped to love Cascade. And while there is much to appreciate in O'Hara's lyrical prose and grasp of time and place, for fully the first two-thirds of the novel I struggled to tolerate Desdemonda. While the circumstances that drove her to make the sacrifice of a hasty marriage to Asa are compellingly set forth, from the moment her father dies and Jacob is introduced into the narrative she becomes selfish and cloyingly immature. There are flashes of remorse, of second-guessing, but for the Dez of Cascade art, the desire to create, to leave her mark, trumps everything. While I realize divorce carried a stigma in the '30s that has been largely lost today, Dez's half-hearted attempts at maintaining the status quo while romanticizing her affair de coeur with Jacob, elevating it to the levels of star-crossed Shakespearean tragedy, fell flat.

That said, despite my issues in connecting with Dez, O'Hara's use of water imagery throughout the novel is masterful, a compelling study in how much we are formed by the events we encounter -- to what extent are we products of our circumstances, and to what lengths can we form our futures by how we respond to those experiences. I loved how Dez is drowning in her choices -- namely, a convenient marriage -- even as her town faces flooding. She loses herself in her attraction to Jacob even as the world around her is engulfed by an ever-encroaching flood of anti-Semitism. And, most tragically, she nearly loses any hope of a future as she becomes so obsessed with what-ifs and might-have-beens that she nearly drowns, carried under by the weighty baggage of her own emotional history.

Despite my personal dislike for the manner in which Dez chooses to pursue her dreams, by the final third of the novel, when both Dez and Cascade's lives reach their respective crisis points, I was thoroughly invested in O'Hara's storytelling. Her world-building is superb, and her gift with language and her artistic flair for vibrant, visual imagery is oft-times stunning. Much like the postcards Dez creates documenting Cascade's eventual destruction, O'Hara's debut is a beautifully-rendered "postcard" snapshot of a world in flux, but -- like the timeless final words of The Tempest (one of my favorite plays), an unflinchingly honest, beautifully stark examination of the best and worst life offers and lasting power of art as a vehicle to document, encourage, and challenge both the creator and its audience.

Thanks to TLC Book Tours for the review opportunity!
Posted by Unknown at 12:23 PM

Ruth, thank you so much for your insightful and beautifully-written review of my book. Your summary is especially lovely---I wish you had been around while we were writing the jacket copy !

The range of reactions to Dez has been quite fascinating. I actually had an interesting conversation with a psychologist/reporter about them just the other day, and plan to write an essay about the topic at some point.

But regardless of Dez, to me, at heart, CASCADE is about the personal and cultural salvation that is art, and I am so glad that that key, key part of the book resonated with you as well. (And that you appreciated the Shakespeare references--Tempest is my favorite, too.)

Again, thank you so much.

This is a new to me author and the book sounds good. Your review is fantastic. I want to read it based solely on that!

So great when a review does that. Thanks, Holly. I hope it gives you lots to think about.

@Maryanne - Thank you so much for stopping by! I'm so glad I had the opportunity to participate in your tour and discover your writing (thanks TLC!!). :)

Yours is an extremely thought-provoking novel, and while I didn't always like Dez I loved that she provoked such a strong reaction. I can imagine the wide range of responses to her -- that is the mark of some good storytelling. :)

Dez's immaturity irked me at times as well, but I chalked some of her flailing about as a product of her previous life of privilege...she probably didn't have a lot of experience with things not going just the way she wanted them to. Not excusing her at all bc there were definitely times I wanted to smack her but I loved that O'Hara mentioned Marie Antoinette and the murals...for all her ridiculousness, Marie Antoinette was a product of her own life. I really enjoyed your review :)

Thank you again Ruth, and thanks, too P Phd. Glad you caught the subtle Marie Antoinette reference. I found the Antonia Fraser bio of MA sad and compelling.

@Peppermint Ph.D. - Thank you for stopping by my blog! :) Excellent point about the possible source of some (if not all) of Dez's immaturity issues. Also, thank you for bringing up Marie Antoinette -- you are so right, for good or ill we are all a product of our uniquely varied experiences. :)

@Maryanne - I've heard great things about the Fraser MA bio but have yet to read it!

Wow, this book sounds incredibly interesting! I can't imagine being in this character's position - a marriage of convenience, the loss of her father, giving up her dreams, AND a country with a failing economy. Doesn't sound like things could get much worse. I'm looking forward to seeing how things turn out!

@heathertlc - Thanks again for having me on this tour!