North by Northwest: Inside the Script 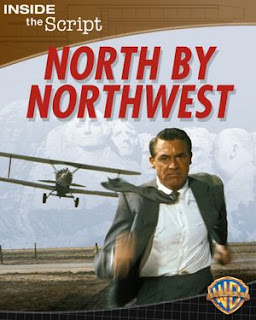 North by Northwest: Inside the Script
By: The Editors of Warner Bros. Digital Publishing

About the book:
Explore the twists and turns of director Alfred Hitchcock's most spectacular suspense thriller in an engaging new way with North by Northwest: Inside the Script. This highly illustrated, meticulously designed eBook features the complete shooting script along with a 14 chapter, in-depth look at the film's development and its backlot secrets.

Warner Bros. Digital Publishing proudly presents North by Northwest: Inside the Script, a monumental digital exploration of the sophisticated screen classic starring Cary Grant and Eva Marie Saint. Follow the film's adventurous tale with insights that Inside the Script delivers at the touch of a finger. Go behind the screenplay to learn about Hitchcock's methods and memes, from MacGuffins to deceptive appearances. Step inside the production process and witness the talent and technique it takes to develop a single idea into a cinematic classic. "Oooh" and "Aah" at the film's fashions, its breathtaking sets and its charming leading man through hundreds of beautifully reproduced production stills and behind-the-scenes photos.

Every volume in the Inside the Script series offers elegant design and formatting not usually seen in eBooks. Zoom in on high-resolution images and examine every detail. Customize your reading experience using internal links that instantly take you from scene to stills, from act to analysis, from dialogue to production memos. Use the Image Catalog to quickly locate any picture in the book. Learn why North by Northwest is the ultimate thriller from the Master of Suspense.

North by Northwest: Inside the Script includes:
Review:

I'm a huge fan of Alfred Hitchcock's films, and while many rank as beloved favorites North by Northwest consistently rises to the top of the list as my all-time favorite by the Master of Suspense. As such, this behind-the-scenes book on the making of the film was an irresistible purchase. I read this book on a standard Kindle, so a large part of this rating reflects how the material works on a regular, "no-frills" e-reader versus more interactive tablets such as the Kindle Fire or iPad (as in my opinion the film itself is stellar). The first twenty-percent of this book contains a variety of chapters on the history and conception of the film, which are for my money the book's strongest assets. I particularly enjoyed the chapters on Hitchcock's directorial process, the conception of the script and his collaboration with screenwriter Ernest Lehman. Also of particular interest is the chapter on Hitchcock's use of "MacGuffins" in his films -- the device or object that drives the plot forward, with little or no attention paid to how much sense it makes to the characters or the story arc. I also found the chapter on the filming and sets, particularly how the Rushmore sequences were created and filmed, extremely informative.

I suspect this book would work best on full-color readers with touch screens. There are links throughout the chapters and script that refer to explanatory material earlier or later in the text, or to one of the film stills in the many photo galleries sprinkled throughout the book. On the six-inch black and white display of the regular Kindle, the photos are crisp and clear but would be so much better in color, with the easy zoom option on touch devices. And the five-way controller on the Kindle makes link access somewhat cumbersome. But the material, particularly for aficionados of the film or Hitchcock in general, serves as a pretty interesting (and to my amateur eye) and well-documented reference or "keepsake." For standard e-reader users, I just wish there'd been the inclusion of even more detailed behind-the scenes information -- a 20 to 80 percent ratio is tantalizing, but not enough to make this a truly must-have film resource.
Posted by Unknown at 6:03 PM

Yeah, this would be difficult to read on a kindle, especially the new ones that are smaller.

@Tasha - Yep...but for the price the behind-the-scenes info was (mostly) worth it. :) And I was actually pretty impressed with how well they formatted the script for the e-reader too.

As a huge Cary Grant fan, I think this would be a great read for me. I also have a Nook Color so I can see those gorgeous photos. Thanks for spotlighting this book!

@Bookworm1858 - You're welcome, hope you enjoy it! I think this book would work really well on the Nook Color too!

Ooo, this sounds good. I simply adore this film.

@Shaz - It is such fun! Since you like "North by Northwest," be on the lookout for an article announcement in a couple of weeks! :)