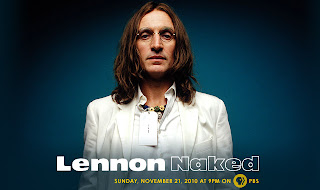 For anyone who is interested, Masterpiece Contemporary kicks off this Sunday with the premiere of the new drama Lennon Naked. I personally have never been a Beatles fan, so even though this production features Doctor Who and Torchwood alums, there is a 99% likelihood that I won't be tuning in. However, if you do watch this production I'd love to hear your thoughts! Here's a bit about the story:

not a beatles fan???? they must be the only British thing you don't like!!! well AS a HUGE BEATLES fan you can be sure i am turning in to this. will let you know how i feel!

@Deborah - I knew I could count on you to be watching! Looking forward to your thoughts! :)

I never would have pegged you for a Stones fan, Ruth. ;)