Casting Call: Stars in the Night

Cara Putman’s Stars in the Night sparkles with the glitz and glamour of old Hollywood. A novel that does such a fantastic job evoking that classic time period deserves a stellar cast, right? Here are my thoughts on the perfect cast for this novel – it’s not a comprehensive list, but I definitely tried to cover all of the major players in this drama (and had an absolute blast doing it!). The more I got into the novel, the more I could envision these actors bringing the story to life on-screen. Here’s a bit about the story, with a link to my review of the novel.

Any other day, attorney Audra Schaeffer might have been flattered by the friendly overtures of Robert Garfield – a real-life movie star. But on the flight from Indianapolis to Hollywood, Audra can think of little else than finding her missing sister. When Audra arrives in the city of glitz, glamour, and stars – and learns her rising-starlet sister has been murdered – all thoughts of romance fly away.

Determined to solve the mystery and find justice for her sister, Audra takes a job with the second Hollywood Victory Caravan. Together with the handsome Robert and other stars, she crisscrosses the southern United States by rail in a campaign to sell war bonds. When other mysterious events unfold, Audra realizes that if she doesn’t get her emotions back on track where Robert Garfield is concerned, she could be flirting with real danger!
*Here's a link to my review of Stars in the Night.*
When sisters Audra and Rosemary Schaeffer are introduced at the beginning of Stars in the Night, their close relationship (especially Audra’s protective “big sister” instinct) immediately reminded me of the sister relationship from the film My Sister Eileen. There have been a couple film versions of the Sherwood sisters story, but to cast Stars I have to go with the 1942 film version.
Audra Schaeffer, played by Rosalind Russell: To my mind, Rosalind Russell is the perfect actress to portray Audra, the no-nonsense, aspiring attorney. After all, Russell is well-known for playing strong female characters on-screen (think His Girl Friday). Audra’s always felt inferior in the looks department when compared to her sister. I think Russell’s gorgeous, but has more of a girl-next-door type beauty (especially in this photo) than compared to some other old Hollywood glamour girls.
Rosemary Schaeffer, played by Janet Blair: Rosemary would get very little screen time in a film version of Stars, but since she played Russell’s sister so well in My Sister Eileen I can’t imagine anyone else who would be better in the role of Audra’s gorgeous, aspiring starlet of a sister. This photo is in keeping with the fact that Rosemary dyed her brunette tresses blonde after a couple of months in Hollywood.
Robert Garfield, played by Robert Taylor: Classic movie fans may recognize Taylor from some of the splashy, Technicolor epics he starred in later in his career (Knights of the Round Table, Ivanhoe). But I’m rather partial to his earlier film roles, where he displayed quite a knack for comedy (Her Cardboard Lover - absolutely hilarious movie!) or being an earnest, romantic lead (Waterloo Bridge, Magnificent Obsession). I think Taylor is perfect for the romantic lead in Stars. He and Russell make a nice pair, no?
I had a really, really, REALLY difficult time deciding on the "perfect" Robert picture...so there are a few bonus photos at the end of this post. After all, an actor's bound to have a lot of headshots, right? :) (Hmm...I see a Robert Taylor film festival in my future...)
Detective Franklin, played by Dick Powell: Detective Franklin is with the Hollywood PD, investigating Rosemary’s murder. He strikes me as lean, intense, and businesslike (and at one point, if I recall correctly, he’s described as rather “rumpled” in appearance). I could think of any actor better suited to portray him than Dick Powell. All you have to do is watch is performance as Raymond Chandler’s famous detective Philip Marlowe in the classic (and wildly entertaining) film noir Murder, My Sweet, and I think you’ll agree.

Victoria Hyde, played by Betty Garrett: Betty Garrett played the Rosalind Russell role in a later, musical version of the movie My Sister Eileen, which probably influenced my decision in some small way to include her in this Stars cast. That, and the fact that I think she’s a terrific actress. Victoria is described as beautiful but much, much nicer (i.e., less stuck on herself) than most of the actresses Audra encounters. Garrett was definitely not your typical Hollywood star, and I think this photo perfectly captures her elegance and charm – essential characteristics for the role of Victoria.
Lana Garfield, played by Lana Turner: Really, is there any other choice for Robert’s ex-wife? I can’t think of anyone better than Lana Turner to play the role of a high maintenance, rather manipulative rising star than Ms. Turner. Just watch her wreck John Garfield’s character in The Postman Always Rings Twice and you’ll see what I mean.
Mark Feldstein, played by Laird Cregar: Mark is described as a big, imposing guy who gets dates based on his perceived position of importance in Hollywood – not his charm or good looks. Cregar’s name may not be familiar to classic film fans, but his face may be. He didn’t have a long career, but he appeared in everything from Charley’s Aunt to The Black Swan. However, his appearance in the film noir classic I Wake Up Screaming proves he’s perfect for the role of Mark. There are a few eerie similarities in both characters…that’s all I’m going to say. Don't want to spoil anything... :)
Artie Schmaltz, played by Lou Costello: I had a really hard time coming up with an actor to play the role of Artie Schmaltz, the smarmy Hollywood talent agent. With a last name like Schmaltz, you know the character is designed to make your skin crawl. Based on the character description, Artie isn’t overtly threatening appearance-wise…so I think this would be a great opportunity for Costello to play against type. Trust me on this one. *wink*
Detective Brown, played by Sydney Greenstreet: Brown is the opposite of Detective Franklin in manner and appearance, and comes aboard the Hollywood Caravan when it encounters some unwelcome drama on the tour. Greenstreet, who has played memorable villainous characters in The Maltese Falcon and Casablanca also portrayed the detective Nero Wolfe in the early 1950s radio series. With his memorable screen presence and striking voice, I think he’d play Brown perfectly.
And last, but certainly not least, we have Dalia, played by Juanita Moore: Moore’s character Annie, the devoted maid and mother in Imitation of Life, reminds me most of the sweet and wise Dalia, the costume mistress, that Audra befriends on the train.
*Whew*
Well, people, this post was an absolute marathon to compose and format...but I had a lot of fun putting it together. :) I'm obviously WAY too obsessed with classic Hollywood, no? Who knows, there might be future "Casting Call" posts for you in the future - let me know what you think (especially if you've read the book!!).
As promised, here are a few bonus photos of the "leads" in this little production of Stars in the Night - Rosalind Russell as Audra Schaeffer, and Robert Taylor as Robert Garfield: 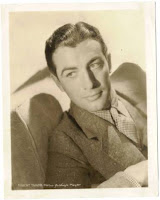 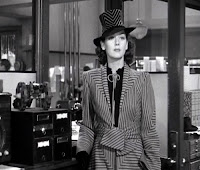 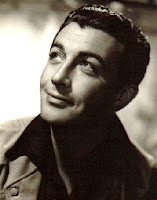 This was such fun! Can I repost it on my blog? With full credit?

@Cara - Hi! I'm so happy you enjoyed this post too - I had such fun putting it together! And you're more than welcome to share it on your blog! I'd be honored! :)

That was totally awesome! I love it! Amazing choices!

Wow! Those were right on!

What a fun post! You know way too much about classic movies. ;)

What great casting. How fun!

@Juju - Thanks, I had a lot of fun putting this post together!

@Lisa - Thank you, and thanks for visiting my blog!

@heidenkind - I know, right?! I also apparently have too much time on my hands...LOL!