Surrender the Heart by M.L. Tyndall 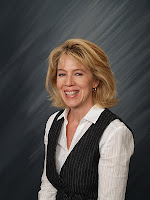 M. L. (MaryLu) Tyndall grew up on the beaches of South Florida loving the sea and the warm tropics. But despite the beauty around her, she always felt an ache in her soul--a longing for something more.

After college, she married and moved to California where she had two children and settled into a job at a local computer company. Although she had done everything the world expected, she was still miserable. She hated her job and her marriage was falling apart.

Still searching for purpose, adventure and true love, she spent her late twenties and early thirties doing all the things the world told her would make her happy, and after years, her children suffered, her second marriage suffered, and she was still miserable.

One day, she picked up her old Bible, dusted it off, and began to read. Somewhere in the middle, God opened her hardened heart to see that He was real, that He still loved her, and that He had a purpose for her life, if she'd only give her heart to Him completely.
She had written stories her whole life, but never had the confidence to try and get any of them published. But as God began to change her heart, He also showed her that writing had been His wonderful plan for her all along!
ABOUT THE BOOK 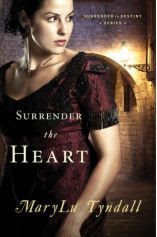 For the sake of her ailing mother, Marianne Denton becomes engaged to Noah Brennin---a merchantman she despises. But as the War of 1812 escalates, Jonah's ship is captured by the British, and the ill-matched couple learns vital information that could aid America's cause.

Relive the rich history of the War of 1812 through the eyes of Marianne Denton and Noah Brenin, who both long to please their families but neither one wishes to marry the other. Noah is determined to get his cargo to England before war breaks out, and Marianne is equally determined to have a wedding so that her inheritance can be unlocked and her destitute family saved. When their stubborn games get them captured by a British warship, can they escape and bring liberty to their country—and growing love?
If you would like to read the first chapter of Surrender the Heart, go HERE.
Posted by Unknown at 5:15 AM