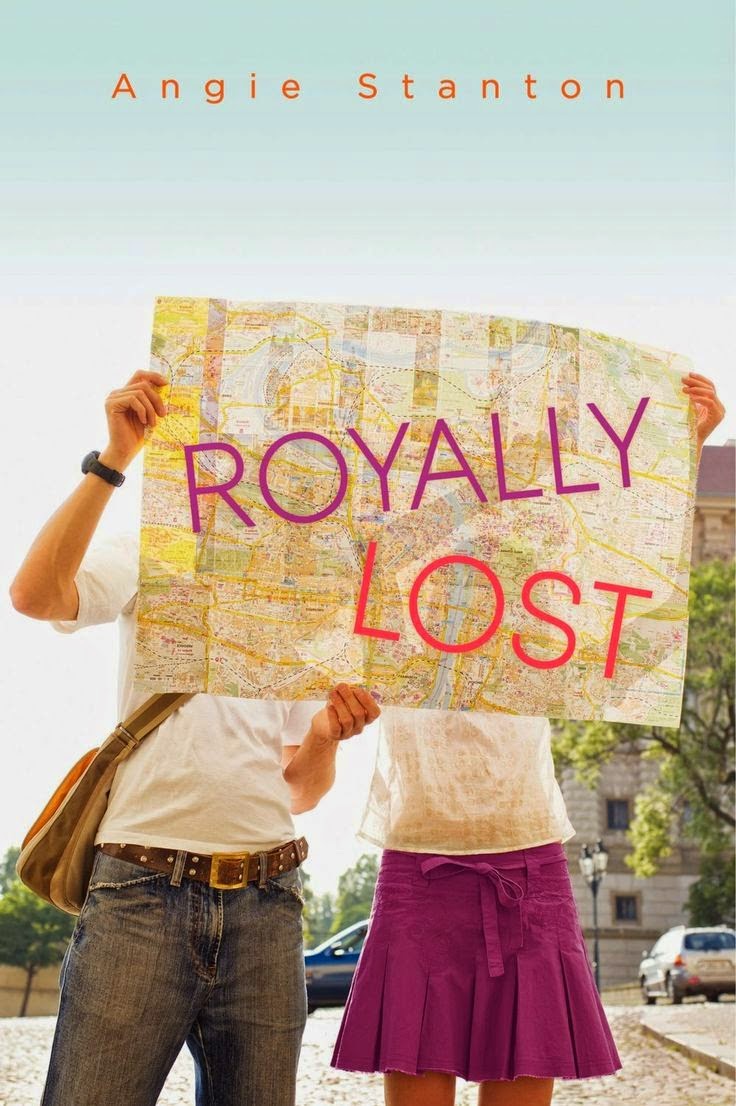 As the heir to the throne of Mondovia, Nikolai's future was mapped out from birth. The only problem is, finished with school and on the cusp of adulthood, he's no longer sure the monarchy is an institution of which he wants any part. It's a relic of bygone days, essentially powerless and with a figurehead king, draining the resources of Mondovia to prop up obsolete traditions. And so when his parents inform him that he's to follow tradition and join the military, desperation strikes and Nikolai does the unthinkable -- he runs. Traveling across Europe incognito gives the wayward prince a taste of the freedom he craves, particularly when he meets a beautiful American tourist. But when his secret is discovered and duty catches up with him, what hope does a cross-class, cross-country summer romance have?

The last place Becca wants to be is wasting her final summer before college touring Europe with her family -- the family that has been one in name only since her mother died and her father remarried. But her perspective on the trip changes when she catches a glimpse of a handsome traveler -- a boy with gorgeous eyes whose smile turns her knees to jelly. When the hero of her fairy tale romance is revealed to be an actual prince, Becca is crushed, for how can their fledgling romance hope to survive public scrutiny? And can a headstrong American teen and a prince bound by the weight of tradition, both desperate to forge their own path in life, teach each other something new about the value of tradition and the power of dreams?

I wanted to love this book, I really did. The cover is absolutely ADORABLE, and the premise is the stuff of fluffy chick-lit gold, reminiscent of films like The Prince & Me or Chasing Liberty. The idea of royalty (or the American equivalent in a First Daughter) escaping their obligations and falling in love with a "commoner" while on a whirlwind adventure has endlessly captivated the public, a trope perhaps first and most popularly immortalized by Audrey Hepburn in Roman Holiday. No matter one's age, the romantic appeal of this concept is, I believe timeless -- which makes the manner in which it falls flat within the pages of Royally Lost all the more disappointing.

Both Nikolai and Becca are incredibly immature, but perhaps as a fellow American I found Becca's attitude toward the trip and her family more galling than Nikolai's. Yes, she's lost a parent, she feels neglected by her father, she's suffered a break-up -- but when we meet Becca, she comes across as nothing more than a spoiled, petulant brat. She won't give her stepmother the time of day when the woman does nothing but try and connect with her over and over, only to be rebuffed time and again. And yes, her father is checked out, but to lie about trip plans in order spend time with a guy she just met is not only foolish, but given her track record of exhibiting complete self-centeredness and ZERO common sense, dangerous. I simply cannot relate to a person with a pulse who is given a trip to Europe and then complains about the wealth of history and culture laid at their feet. *sigh*

Of the two, Nikolai fares somewhat better. As a royal and a subject of the relentless paparazzi, one can at least appreciate the fact that his private life is, for good or ill, subject to intense scrutiny. I suppose on some level I can imagine the appeal of an individual like Becca, the antithesis of anyone Nikolai would meet within the social sphere of European royalty -- but the complete lack of anything deeper than the most superficial chemistry between them doomed their romance from the start. I did, however, appreciate how Nikolai eventually comes to terms with his role in Mondovian society, respecting tradition while standing poised to bring fresh energy and modern thought to his family's storied heritage.

Royally Lost has a great concept that unfortunately falters under the weight of two leads whose collective selfish immaturity negate any escapist factor to be found within the pages of this charming concept. Stanton delivers a workmanlike view of the storied sights and sounds Nikolai and Becca encounter on their travels, but their view of the wonders they encounter dulls what could otherwise have been the sparkling backdrop of their summer romance. Flashes of character development and maturity come late in the text, and Nikolai's arc is particularly effective, but unfortunately any late-blooming signs of maturity come too late to imbue this summer romance with the spark I craved. While the concept holds promise, this fairy tale lacks the effervescent charm needed for this type of romance to truly soar.

Perfect for fans of Sarah Dessen, Susane Colasanti, and Jenny Han, Angie Stanton's brand-new romance asks the question, What would it be like to fall in love with a prince?

Dragged on a family trip to Europe, Becca wants nothing more than to go home. Trapped with her emotionally distant father, overeager stepmother, and a brother who only wants to hook up with European hotties, Becca is miserable. Until she meets Nikolai.

Nikolai has everything—he's a crown prince, heir to the throne, and girls adore him. But the one thing he doesn't have is freedom . . . so he flees his kingdom and goes on his own European trip.

And when Nikolai and Becca meet, sparks fly. But Becca's family vacation ends in a matter of days. Will Nikolai and Becca be forced to say good-bye, or will they change history forever?
Posted by Unknown at 3:41 PM

Aw, and that cover is so promising! As always, wonderful and informative review.

@Jennifer - Aww, thanks! And right?? That cover needs its own movie. ;)