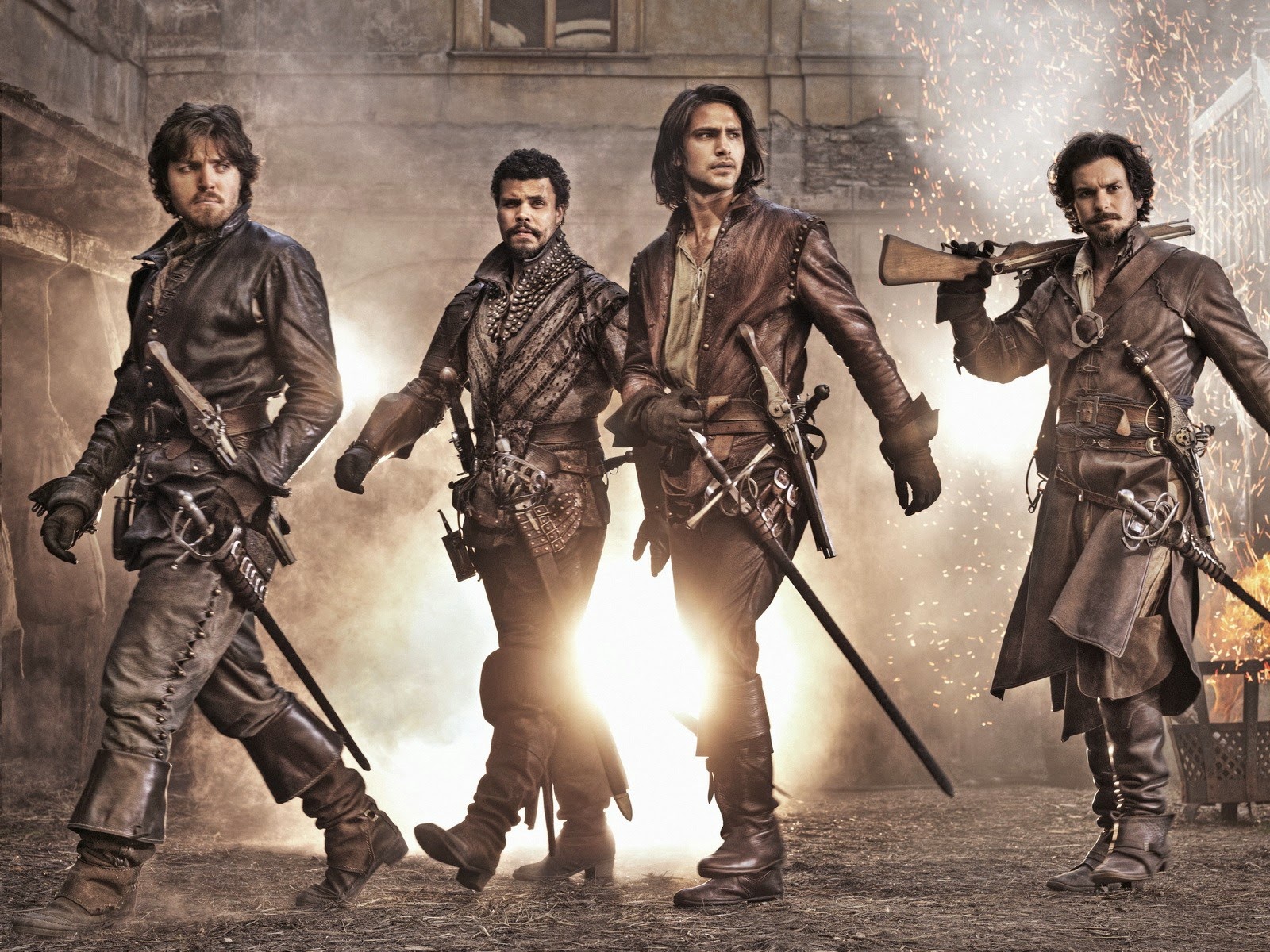 In case you missed it Sunday (and I forgot to blog about it -- BAD RUTH!), BBC America aired the premiere of The Musketeers and it was GLORIOUS. Amazing actors, lots of leather, swords, and tons of swagger -- I am SO THERE. The cast features Luke Pasqualino as D'Artagnan, Tom Burke (lately of The Hour, may it rest in peace!) as Athos, Santiago Cabrera (I. LOVE. HIM. His Lancelot in Merlin was a thing of beauty!) as Aramis, Howard Charles as Porthos, Hugo Speer as the Musketeers' captain, and Peter I'M THE NEXT FRIGGIN' DOCTOR Capaldi as Richielieu. And Tamla Kari as Constance and Maimie McCoy as Milady, and not to knock their performances but the last time I watched a Musketeers adaptation for Milady was, well...never. *wink*

My friend Deborah is recapping the show for Entertainment Weekly - you can read her first post HERE.
Posted by Unknown at 9:18 AM

Yay thanks for the shout out!

Truth: while writing my recaps for this show, your recaps on your blog for previous shows are part of my inspiration for how i write. "how would ruth write this?"

And yesssssss this show is awesome. I got very fangirly watching this. i have to tone it down for EW.

@Deborah - OMG!! You made my week!! (At least!!) That is the nicest thing ever!! Your recap was FABULOUS by the way, looking forward to the next installment!!

Oh. My. Word. Ruth, I just finished this series and both my mother and I are total fans. I think I didn't totally love it early on (maybe because I've seen it done so many times...?) but now, I am fangirl. It's awesome - and I'm thrilled that it got a second season!! ;)

@Rissi - Oh, that's awesome!! Glad I have some good things to look forward to. :)