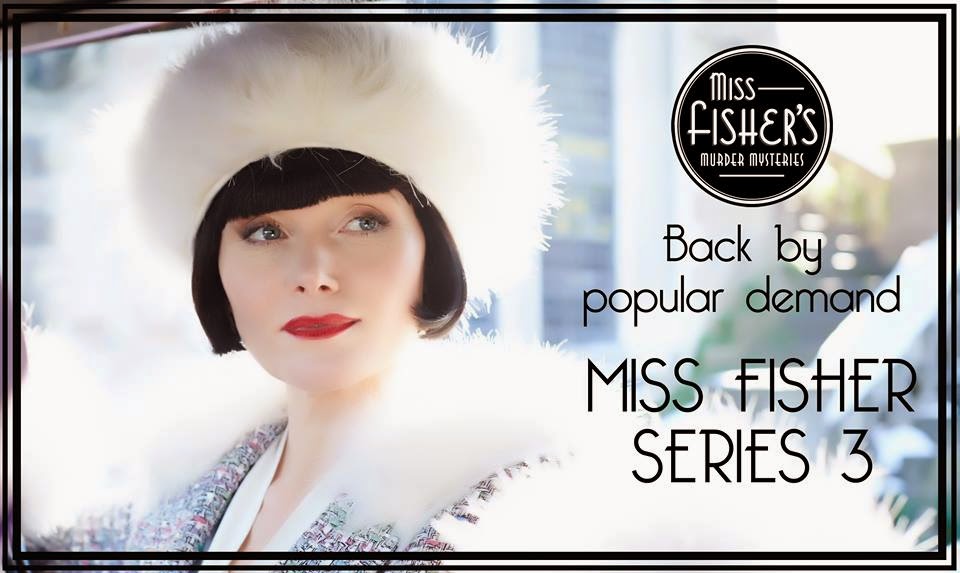 I logged onto Facebook this morning to discover the BEST news! Miss Fisher's Murder Mysteries, which I absolutely ADORE, has finally been confirmed for a third series! This was in doubt for several months, presumably due to budget cuts, but thanks to its popularity, awards, and a successful fan campaign, Miss Fisher and Jack (!!!) and Hugh and Dot will return!! I AM THRILLED. The announcement on the show's official Facebook page states that filming is scheduled to start in October!
Posted by Unknown at 7:09 AM

This IS the best news ever. If it didn't get renewed I was "happy enough" with the ending of season two. But more is always the best kind of news. I adore the idea that we are going to have more adventures with Miss Fisher. :)

@Rissi - I'm SO GLAD. I mean I would've been happy with two seasons, but the last ep of S2...it was good, but not the fitting send-off this show deserves when its time comes, you know? Very excited that this is now official and no longer a pipe dream!

I'v not heard of this series before. I'll have to check it out. :)