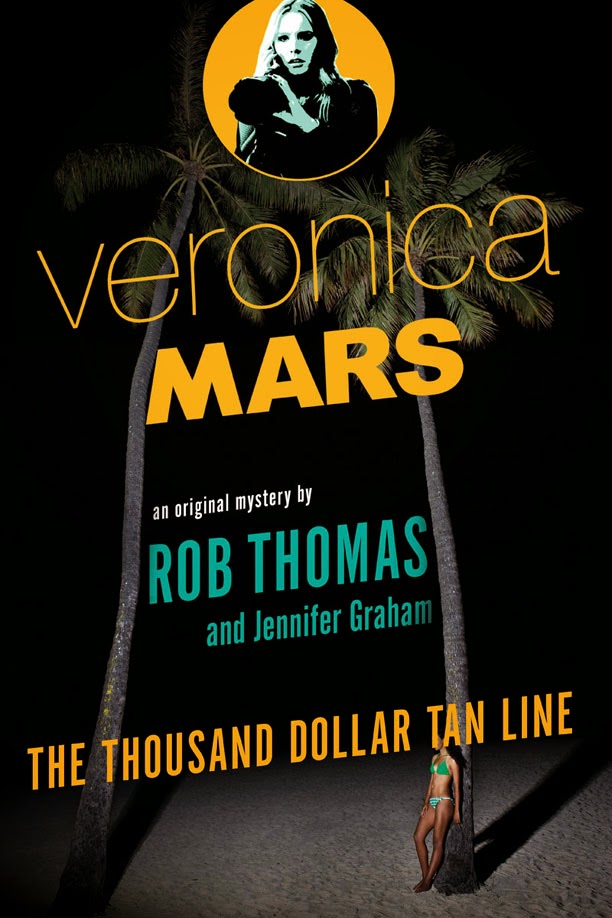 Never say never, for ten years after she fled Neptune for New York and a law degree, Veronica Mars is back, determined to embrace the essential part of herself she fought so long to deny -- the part that thrives as a private investigator. But while Veronica may be ready to embrace her destiny, convincing her father that she's made the right decision is another matter entirely. While Keith recovers from the attack that nearly claimed his life during the Bonnie DeVille murder investigation, Veronica is attempting to keep Mars Investigations afloat. But a chance to save Mars Investigations comes from an unlikely source -- the Neptune Chamber of Commerce. Spring break is big business in Neptune -- big business that is threatened by the recent disappearance of college student Hayley Dewalt. The money would get Mars Investigations' books in the black once again (irritating Sheriff Lamb is just a bonus), and despite her distaste for Neptune's elite, Veronica agrees. But nothing is as it seems, and the deeper she digs into Hayley's disappearance, the more dangerous the investigation becomes -- and when a second girl vanishes, Veronica finds that her past has come back to haunt her. The price of embracing her calling as a PI may be higher than she's preparing to pay...

Now, I'm far from an expert "marshmallow," but I love Veronica Mars and her snark and her film noir-shaded glory and, who am I kidding, LOGAN. So I was thrilled when the ground-breaking Kickstarter campaign took off and a the long-awaited movie was released last month -- and if ever there was a LoVe (couldn't resist) letter to the fans, it was that pitch-perfect film that hit all the right  notes and left me wanting more. Happily, Rob Thomas foresaw this contingency and provided for it with The Thousand Dollar Tan Line, the first in a proposed series of official Veronica Mars novels. People, this is continuity HEAVEN.

I've read my fair share of tie-in fiction (i.e., Star Wars, Doctor Who), and this is among the best I've ever encountered. Building on the momentum of the movie release, The Thousand Dollar Tan Line immerses you into Veronica's world once more, with all of the twists, turns, and quips that passionate fans love so much they just couldn't let the show die. Similar to the film, this book is a love letter to the fans, chock-full of the characters we know and love and references to past cases, all while moving Veronica forward. This is beautifully showcased in her relationship with Keith, as they work through the stress of his recovery and his disappointment and anger that Veronica has returned to embrace the life he'd thought -- hoped -- she'd escaped forever.

As a fan this book was an absolute joy to read. I loved watching Veronica work through the mystery of Hayley's disappearance as the demons that once plagued her life resurface in a WONDERFULLY surprising manner. The voices are very-nearly pitch-perfect, the pacing is electric, and the atmosphere is sublime. If this is the quality of storytelling one can expect from future volumes in this series, I hope it goes on forever. #marshmallowforlife

From Rob Thomas, the creator of the television series and movie phenomenon Veronica Mars, comes the first book in a thrilling mystery series that picks up where the feature film left off.

Ten years after graduating from high school in Neptune, California, Veronica Mars is back in the land of sun, sand, crime, and corruption. She’s traded in her law degree for her old private investigating license, struggling to keep Mars Investigations afloat on the scant cash earned by catching cheating spouses until she can score her first big case.

Now it’s spring break, and college students descend on Neptune, transforming the beaches and boardwalks into a frenzied, week-long rave. When a girl disappears from a party, Veronica is called in to investigate. But this is no simple missing person’s case; the house the girl vanished from belongs to a man with serious criminal ties, and soon Veronica is plunged into a dangerous underworld of drugs and organized crime. And when a major break in the investigation has a shocking connection to Veronica’s past, the case hits closer to home than she ever imagined.

In Veronica Mars, Rob Thomas has created a groundbreaking female detective who’s part Phillip Marlowe, part Nancy Drew, and all snark. With its sharp plot and clever twists, The Thousand-Dollar Tan Line will keep you guessing until the very last page.
Posted by Unknown at 6:55 PM

Squeal! Ruth puts her stamp of approval on this book. How excited am I!? ;)

Love that this novel works well with the film. Makes my Thursday. Thanks for reviewing this so expertly! Cannot wait to have a chance to read. :)

I think I've heard the title, but never enough about the book or stories. Now I want to find them. This one sounds REALLY good.

I hadn't heard anything about the movie either. I will have to keep my eyes open for that.

YESSSSSSSSSSSSSSSS! Love Veronica Mars! I can't wait to see the movie, though I have to wait until it is in the $1 theater. :( Now, a book! I didn't even KNOW about the books! Sweeeet!

@Jack - I think the movie has gone into wider release, so maybe it will open in your area...but failing that, the DVD/Blu-ray is scheduled to come out in May so you won't have to wait too long to see the movie. :) And I hope you enjoy the book!

@Becca Lostinbooks - Oh the movie is SO MUCH FUN!! You'll love it. And I hope you love the book too!! I really want this series to go on forever. :)