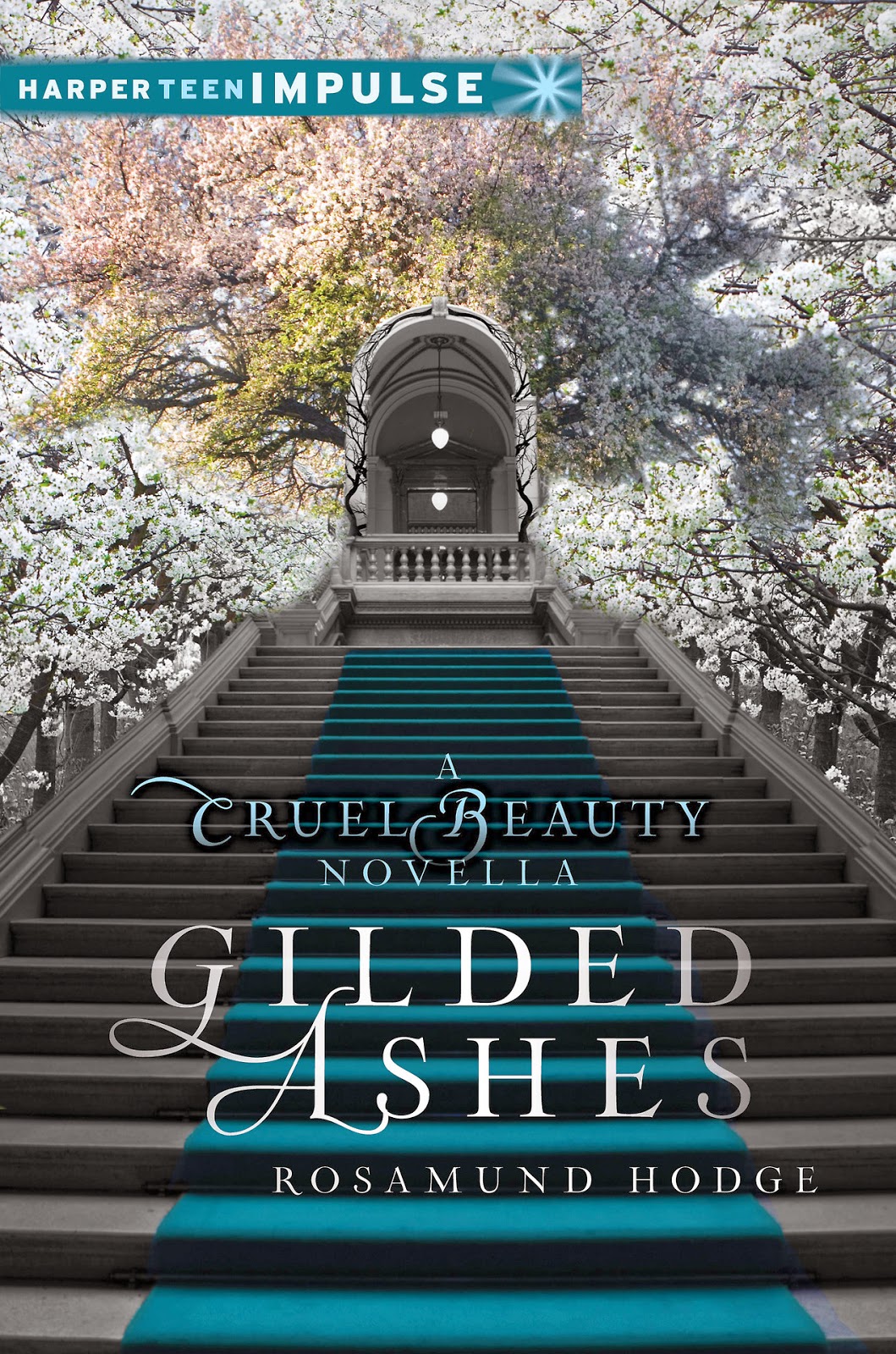 Once a beloved only daughter, following her father's remarriage and subsequent death Maia has remained in her stepmother's household, despite being relegated to the status of a servant, subject to the whims of her stepfamily. Though an outsider in her own home, taken advantage of and abused, Maia remained, for she'd learned the price of her tears was too great for anyone else to pay. For Maia has an avenger, a guardian angel, if you will -- the ghostly spirit of her beloved mother, residing in the tree that they once played under when Maia was a child. If Maia's mother thinks she is anything less than perfectly happy, she unleashes the demons under her thrall to drive any who cross her daughter insane. What was once a love that Maia cherished has now become her prison...and so she bites her tongue and buries her true feelings, until she's forgotten the luxury of speaking the truth.

When Lord Anax, son and heir to the Duke of Sardis, announces that he will finally take a bride, Maia sees a golden opportunity to save her family from the threat of her mother's capricious moods. She agrees to act as her stepsister Kore's proxy, delivering her letters to Anax and securing his agreement to their marriage. But Maia never counted on finding a kindred spirit in the Duke's son, one who has been as burned by love as she. As she delivers a new letter each day, she finds herself leaving a little piece of her heart with Anax, until she realizes she's stumbled into the greatest danger of all -- for if she cannot sever her fledgling bond with Lord Anax, she may lose more than her stepfamily to her mother's wrath -- she might lose the hope Anax has given her for a future free from fear.

Since falling in love with Rosamund Hodge's debut novel, Cruel Beauty -- a heady mix of fairy tale and Greek mythology -- I've been eagerly anticipating her take on the Cinderella story. Set within the same world as Cruel Beauty -- Arcadia, ruled by the deal-making Gentle Lord, prince of demons -- Gilded Ashes reinvents the Cinderella story, blending her world of demons and dangerous bargains with the Brothers Grimm story of Aschenputtel.

In a world where Disney's take on classic fairy tales has become accepted as a societal norm, it's easy to forget that that the original stories were bloody and violent, pulling no punches, refusing to deliver a romanticized version of the world in which these timeless characters lived. Reconciling Aschenputtel with Disney is a particularly good illustration of this disparity in Cinderella retellings, for the Brothers Grimm filled their story with a ghostly mother, stepsisters who self-mutilated, and the doves who later punished them for their misdeeds by plucking out their eyes.

Hodge doesn't go quite *that* far, but she restores the tension to the story, raising the stakes for her Cinderella and transforming the tropes of the classic fairy tale into a gorgeous examination of guilt, loss, and love. Here, the mother's ghost is absolutely TERRIFYING (why did I never realize this before?), a powerful catalyst for Maia's transformation from servant shackled by her circumstances to a woman embracing the chance to face world and the uncertainties of the future on her own terms -- but only if she's willing to let go of the past. Within eighty short pages, Hodge crafts a wonderfully believable romance, but even better, redeems Maia's stepfamily from the status of mere villains to fully realized characters, individuals every bit as broken and in need of love as Maia.

Gilded Ashes is a haunting, wonderfully creative Cinderella retelling, cementing Ms. Hodge as a YA author to watch. Rich in mystery, romance, and spine-tingling chills, this is the best kind of novella -- one a fully-realized and satisfying whole on its own, but that leaves you desperately wanting more. A gorgeous tale, beautifully told -- I can't wait for Ms. Hodge's next book!

A romantic reimagining of the classic Cinderella fairy tale, Gilded Ashes is a novella by Rosamund Hodge set in the same world as her debut novel, Cruel Beauty.

Maia doesn't see the point of love when it only brings people pain: her dead mother haunts anyone who hurts Maia, and her stepsisters are desperate for their mother's approval, even though she despises them.

Meanwhile, Anax, heir to the Duke of Sardis, doesn't believe in love either—not since he discovered that his childhood sweetheart was only using him for his noble title. But when Maia's and Anax's paths cross before the royal ball, they discover that love might not be the curse they once thought. And it might even be the one thing that can save them both.

Fantasy fans who love Kristin Cashore and Rae Carson will find everything they're looking for in this extraordinary and romantic novella.
Posted by Unknown at 1:17 PM