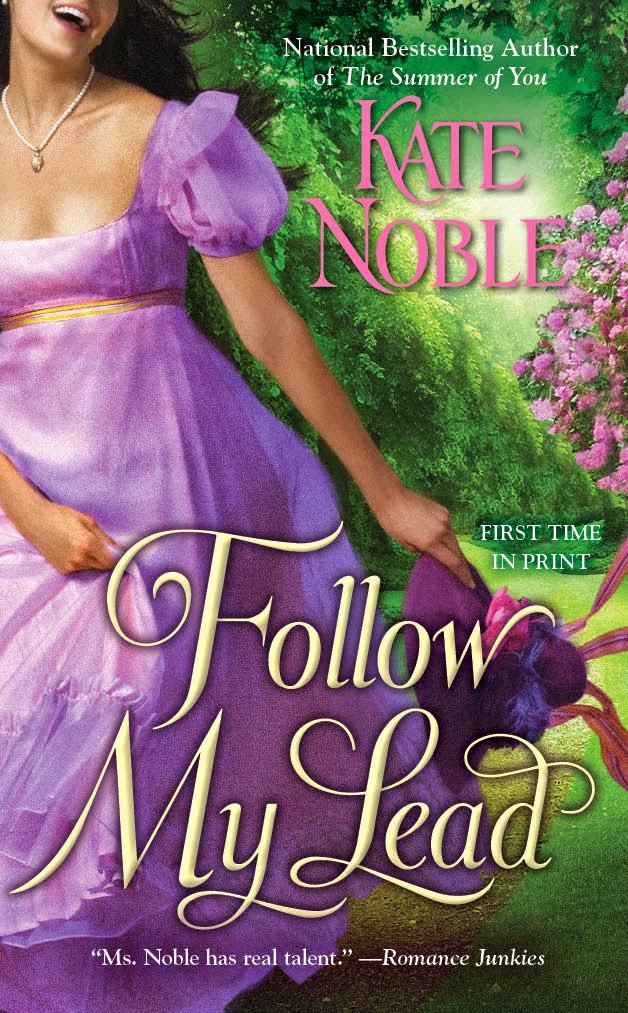 Jason Cummings, Duke of Rayne and eligible bachelor, is searching for what comes next. Having accepted his role as duke and mastered its attendant responsibilities, he knows the next step is to acquire a wife and in due course produce an heir...and if in the process, the aforementioned wife manages to assuage the vague loneliness that dances at the periphery of his conscience, growing ever more insistent as he settles into his ducal responsibilities, so much the better. For family is what comes next...and after spending the better part of his youth shirking his responsibilities in favor of his recreational academic pursuits, Jason knows and accepts his new responsibilities with equanimity. And he's become rather good at it...even more so at ignoring the little voice whispering at the back of his consciousness, craving something more -- a spark to captivate his very soul. But duty trumps desire, and so Jason plots the course of his life -- and while most of the debutantes are, frankly, terrifying, he's pleased to find a potential match with the daughter of the Historical Society president, membership in that hallowed institution being one of Jason's most prized indulgences. But it's when visiting that institution that Jason finds his carefully-planned life knocked off-course by a well-placed (albeit accidental) punch at the hands of one Miss Winnifred Crane, a bluestocking with the goal of accomplishing the impossible -- becoming the Society's first female member. Jason cannot help but admire her temerity, and when asked to serve as the Society's witness to the audacious wager Miss Crane proposes in order to gain admittance, Jason agrees, little realizing that she is about to launch him on the scandalous adventure of a lifetime.

Winnifred Crane was her father's best pupil, forsaking society for the rigors of an academic lifestyle, serving first as the renowned Oxford professor's assistant and then nursing him through his final illness. But while Winnifred put her academic passion foremost in service to her father's career, she also launched her own covert career as an academic by publishing several well-received papers under the pseudonym C.W. Marks. Winn finally has the chance -- as a firmly on-the-shelf spinster of thirty -- to pursue a life of her own making, determined to join the Historical Society and at last gain academic acclaim under her own name. But when the only proof she possesses that she and Marks are one and the same is destroyed,  she stands in danger of losing her shot at independence and being forced to marry her overbearing cousin George, she proposes a daring gamble: prove that the Adam and Eve painting donated by her father to the Society is not an Albrecht Durer as long supposed, and should she fail, return to Oxford and marry. Set on achieving her hard-fought dream, Winn never imagined having to cope with a determinedly helpful duke, or even more, welcoming his companionship and coming to rely on his assistance. As the unlikely pair journey across Europe in search of letters that will prove the painting's provenance, confidences are shared and trust is earned, and Jason, determined to follow-through and be the respectable, reliable duke, finds himself losing his heart to the unconventional academic. But the thought of love and losing her shot at independence terrifies Winn -- can she learn that love, the right love, though she may lose her heart might just empower her and give her the wings to fly higher than she'd ever dreamed?

What a difference a few years can make in a hero's development! With Follow My Lead, I'd imagined that Kate Noble had set herself a formidable task -- transformed Jane's petulant, immature brother Jason, first introduced in The Summer of You, into a hero I'd love -- but more than that, a hero worthy of a bookish, academic heroine, a Georgian-era Belle if you will, and as such a heroine near and dear to my sympathies. This being my third Noble novel, I never should have doubted -- for with each successive installment she's proven increasingly incapable of disappointing this reader, never failing to beguile my heart and imagination with her sparkling characters and romances that captivate you, heart and soul.

With Jason and Winn, Noble proves once again that she is an undisputed master at developing a romance that goes far beyond physical attraction. Her romances explore the emotional and intellectual compatibility of her leads, and never more than here as the nineteenth-century world of art academia is central to Jason and Winn's relational development. I love that at thirty, Winn is considered a spinster, but caring about that label doesn't even cross her mind, as the freedom to pursue intellectual and academic pursuits of her own choosing is her foremost goal. While at times I found myself agreeing with Jason, frustrated by her naivete, it's in keeping with her sheltered upbringing, and learning curve aside one cannot help but admire Winn's passion for her quest and endless reservoir of gumption. That passion is what first draws Jason to Winn as a moth to a flame, for while he was a good student he nevertheless pursued academia as first and foremost a hobby, never connecting with his studies with the depth and passion evidenced by Winn. And so a tentative friendship develops as the duo races across Europe, striving to stay one step ahead of Winn's odious cousin, and from that comes the promise of something more, a something more that threatens both of their firmly-laid plans regarding what comes next in each of their lives.

However, as the saying goes, the "best-laid plans of mice and men / Often go awry," and it is in this respect that Noble's characterization and plotting shine most brilliantly, transforming what would be in lesser hands a straightforward romance into a heartfelt examination of the sacrifice and risks of love, and what one does with the fear that acceding to such is the death knell of one's dreams, and the irretrievable loss of an essential aspect of one's self, particularly as it comes to the heroine. Noble's female characters never fail to be gloriously realized examples of independent, individual, and bold women, but I suspect that none will be more relatable to modern audiences than Winn. With Winn, Noble manages to argue (quite successfully, I might add), that a woman's hard-won independence need not be a solitary achievement when the right partner is found. As Totty powerfully reminds Winn, being alone is not a requirement for achieving successful independence, rather it "means you have the right to make your own choices." Watching her awaken to the frightening, exhilarating realization that she wants Jason to be a part of her story results in a romance beautifully told, for he is the rare man capable of supporting her dreams, and not merely celebrating her achievements...but positively exulting in them.

I adored Jason and Winn's travelogue-romance, though the calculated risk Noble took in introducing Sarah, a wholly likable -- and perfectly good -- alternate love interest for Jason could have easily derailed the plot. Sarah's storyline broke my heart, but I must acknowledge that in the telling of it, Noble reveals the proclivity of romance readers to all too often want the happy ending without any heartache. And that quite simply isn't life. The painful realization Jason comes to as regards Sarah is wrenching, but better before the marriage than after -- and this is just one example of the raw emotional honesty that is a hallmark of Noble's writing and makes her romances so breathtakingly unforgettable. Peppered with unforgettable, colorful supporting characters (I adore Totty, and loved the updated peek into Phillippa's and Jane's lives), Follow My Lead is a smartly realized romance, where intellect collides with passion and duty with desire, and along the way both Jason and Winn learn the joy of following each other's lead into a life both greater and more fulfilling than their best-laid plans...all that was required was that first, tentative step into the unknown.

Jason Cummings, Duke of Rayne is feeling the weight of his responsibilities - one of which is to get married.  Being the most sought after bachelor in London can be trying,  so who can blame him if he seeks refuge from the voracious hordes of young debutantes at the decidedly female-free Historical Society?  Female-free, that is, until Winnifred Crane marches up to the door, demanding entrance.

Despite her prowess as a historian, Winn is denied membership the Society.  So she daringly offers an unusual bargain: if she can prove the authenticity of a certain painting, she'll be granted recognition, fame, and respect.  But to do that, she must go abroad. And to go abroad, she must have an escort, even a stubbornly unwilling one...

Jason has no desire to accompany Winn on her adventure across Europe, but even he is not immune to Winn's passion for her profession. As the journey proves more difficult than planned, they must work together to stay one step ahead of their rivals.... and the closer they get to the proof Winn seeks, the closer she and Jason become.  But as their adventure turns dangerous, can Jason keep this headstrong bluestocking safe?  And what will become of their growing bond when the adventure ends?
Posted by Unknown at 3:27 PM