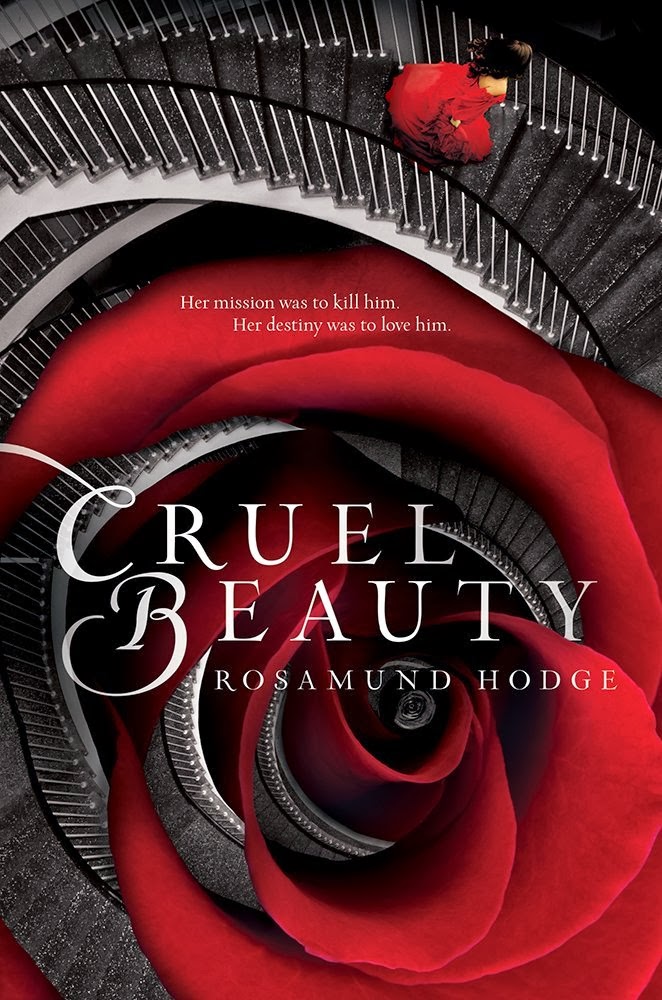 Nyx Triskelion was raised to die. From childhood she's known that she was designed and trained to be the instrument of her father's vengeance against the Gentle Lord that held all of Arcadia in an iron grip -- she was not worth saving; rather, she was the necessary sacrifice. For over nine hundred years Arcadia has been isolated from the rest of the world, suffering under the rule of the Gentle Lord, a prince of demons who makes bargains with his vassals -- bargains that always exact a costly and oft-times unexpected price, as when Nyx's father begged on behalf of his wife for children, only to see his wife die in childbirth with a future forfeit to come -- a daughter given in marriage to the feared lord. As a daughter of a famed scholar and leader of the Resurgandi, an organization ostensibly founded to further Hermetic research (the study of the power of the four elements of earth, wind, air, and fire), but whose true goal was to undo the sundering and destroy the Gentle Lord, Nyx was raised as a sacrifice. Robbed of her future because of her father's folly, Nyx is tasked with destroying the Gentle Lord, knowing her life is a sure forfeit in the process.

When her seventeenth birthday arrives, Nyx is married by proxy to the Gentle Lord and deposited at the door of the crumbling castle that is his home. But her husband is not the demon she was raised to expect. Handsome and yes, even kind, with a smile that makes her heart skip a beat, rather than demand the intimacy of the marriage bed, he grants Nyx the freedom of the house. And most shockingly of all, rather than punish her for her spirit and her desire to rid the land of his presence, he seems to relish her spirit and applaud her honesty, rewarding her with a tantalizing promise -- every night she will receive the chance to guess his name. Guess correctly, and she wins her freedom -- but given the wrong answer, and she'll lose her life, joining the eight previous wives who risked it all and lost. The longer Nyx dwells in Ignifex's enchanted home, and the more she learns about the power that he wields over all of Arcadia, she begins to wonder if Ignifex is as much a captive as her, held in thrall to forces more powerful than she ever imagined. When the monster this beauty has been raised to loathe, raised to kill, begins to capture her heart, Nyx struggles between keeping her vow and freeing her people, or risking everything to save the demon lord who has captured her heart.

I must confess, what first drew me to Rosamund Hodge's debut was not the promise of a fresh re-imagining of Beauty and the Beast, one of my favorite fairy tales, but its gorgeously-designed cover. And having finished Cruel Beauty I love its cover even more, for it is the rare design that perfectly captures the spirit of the novel it represents, a pitch-perfect imagining of the essence of Hodge's darkly beautiful, twisty take on a tale as old as time. But more than a straight Beauty and the Beast re-telling, Hodge takes her story's inspiration from Greek mythology, specifically the Cupid and Psyche legend. In this respect Cruel Beauty is reminiscent of C.S. Lewis's classic Till We Have Faces, which told the Cupid and Psyche tale through the lens of Psyche's embittered older sister, Orual. Hodge skilfully blends the tropes of both tales, bringing her own unique and enthralling vision to life on the page.

This may sound strange, but what I think I loved most about this story is just how angry Nyx is throughout, struggling to reconcile her fate with her own thwarted desires, disappointments, and family betrayals. There is something so refreshingly honest in having a "Beauty" who resents her role as the family's savior, who struggles with the uglier aspects of her personality, sure that the fact of their very existence precludes her from any happy ending of her own, even as she rails against those that demand she sacrifice everything. But even as Nyx struggles to reconcile the light and dark facets of her own personality, in her husband's household she is drawn to the cunning and handsome Ignifex and the sacrificial and kind Shade, her husband's shadow that shares his form but appears to be the complete opposite of his personality. In being drawn to both men -- sure she isn't worthy of Shade, and just as sure she is worthy of being damned for wanting Ignifex's kisses.

Nyx embodies the struggle of being vulnerable enough to love and be loved, of grappling with selflessness, and of buying into the lie that one's own failings can preclude even the possibility of love and acceptance -- but the possibility is tantalizing, as Nyx beautifully states, wanting to "lose myself in the embrace of the one person who had ever seen my heart and claimed to love me after." Cruel Beauty is a gorgeous rendering of the redemptive power of sacrificial love, freely given, and its power to utterly transform the lives of both the giver and receiver. Only when all seems lost do Nyx and Ignifex learn the power of "a handful of kindess," of grace freely given. Only then does a beauty's heart save a beast, but here the beast's heart saves the beauty as well, and that beautifully illustrated reciprocity elevates Hodge's debut from something ordinary to the sublime.

With her stunning debut Hodge delivers a thought-provoking, lushly-realized fantasy, a gorgeous re-telling of a classic, perfect for fans of Robin McKinley's prose. Pacing-wise the beginning of the novel felt a bit sluggish, as the copious amounts of information necessary to understand the mechanics of Nyx's world are revealed, but that issue is quickly overcome as I found myself lost in Hodge's opulent world-building, rich prose, and heartfelt characterizations. Cruel Beauty is a novel to savor and marks Hodge as an author to watch, and I for one cannot wait to see which tale she brings to life, stamped with her unique vision, next!

Since birth, Nyx has been betrothed to the evil ruler of her kingdom—all because of a reckless bargain her father struck. And since birth, she has been training to kill him.

Betrayed by her family yet bound to obey, Nyx rails against her fate. Still, on her seventeenth birthday, she abandons everything she's ever known to marry the all-powerful, immortal Ignifex. Her plan? Seduce him, disarm him, and break the nine-hundred-year-old curse he put on her people.

But Ignifex is not what Nyx expected. The strangely charming lord beguiles her, and his castle—a shifting maze of magical rooms—enthralls her. As Nyx searches for a way to free her homeland by uncovering Ignifex's secrets, she finds herself unwillingly drawn to him. But even if she can bring herself to love her sworn enemy, how can she refuse her duty to kill him?

Based on the classic fairy tale Beauty and the Beast, Cruel Beauty is a dazzling love story about our deepest desires and their power to change our destiny.
Posted by Unknown at 12:15 PM

Gah! I love Beauty & the Beast retellings AND the Cupid & Psyche myth. Clearly I'm going to have to read this one.

I have this on my to order list for the teens at our library. However, it is on MY to read list as well =) Like you, the cover grabbed my attention first!