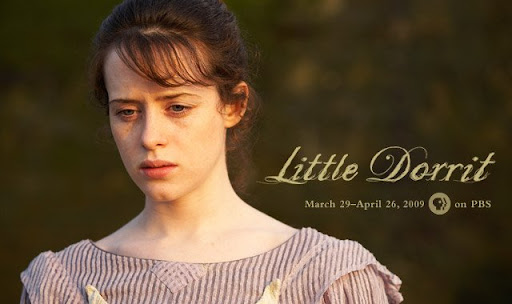 Here there be spoilers...
So I know this recap of Little Dorrit, part two is long overdue, but what can I say - it's been an insane week. I came down with a NASTY cold Tuesday which really knocked me out of commission until yesterday, and then today has been all about tornado dodging.

Anyway, we'll dive right in...if you need a refresher, here's my post covering episode one. Here's a the short summary of episode two from the Masterpiece Classic website:
Romance and heartbreak are in the air. John Chivery proposes to Amy Dorrit, while Arthur Clennam's aspirations for Pet Meagles become deflated after meeting another suitor, Henry Gowan. Meanwhile, Flora Finching, concerned that Arthur's attention is being distracted by Amy, brings Amy to work for her. Opportunistic Fanny Dorrit leads on smitten Edmund Sparkler, stepson of famed banker Mr. Merdle.
Cavalletto arrives in London, only to discover he has been followed by Rigaud. Learning of a box that contains Mrs. Clennam's secrets, Rigaud senses an opportunity.
Mr. Pancks continues his investigation on Arthur's behalf. He recruits John Chivery and a lawyer for help.
Tattycoram, outraged at what she considers poor treatment, declares she is leaving the Meagleses for good. Mr. Meagles watches with great concern.
The events set in motion in part one begin to gain momentum with this installment. First off I have to give a nod to Russell Tovey's positively heart-rending performance as assistant turnkey John Chivery in this episode. We start off with his preparations for proposing to Amy Dorrit, and then in a mere few minutes we're (well, I was, anyway) crushed when Amy turns him down. He is so stinking adorable!!! I LOVE his character!! It takes quite a guy to have his love rejected and still want the best for the woman in question, even willing to still go to great lengths to try and help her family situation. I so want his character to end happily, but I'm very much afraid his broken heart is going to stick around... *sigh* 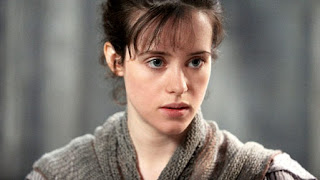 I thought the fallout from this proposal provided some really interesting insight into William Dorrit's character. Honestly, he was really getting on my nerves a bit last week with all of the airs and pretensions he insisted on putting on while in prison. He seemed like he was burdening Amy unnecessarily, and perhaps even purposefully. However, William's mini-meltdown was packed with more emotional punch than I was expecting, quite honestly. You really see the awful tragedy of William's character, and how his imprisonment was dually a prison and a sort of emotional shelter. When he's given the opportunity to simply step into the street, but can't because the open, chaotic space frightens him - that scene speaks volumes as to the toll of his imprisonment.

Arthur's infatuation with Pet Meagles was dispatched a little quicker than I was expecting. However, the pacing is part of what makes a show like this such engrossing viewing. I am hooked on the show and the characters the same way I was when watching Bleak House when it first aired. The scripting, and the way the show is filmed forces you to pay close attention - you literally can't look away because every scene and every character ends up being interconnected in some way that proves critical later on. 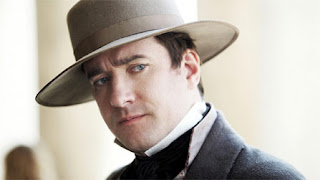 Andy Serkis's character Rigaud is perhaps even more menacing in this episode than previously (and he was pretty cold-hearted last week). Rigaud's scenes this week really drive home the fact that he's a completely lethal, amoral, opportunistic loose cannon. I may be reading the scene wrong, but when he kills Flintwinch's brother I don't think he was targeting him on purpose - I think he saw an opportunity and took it. If anyone reads the scene differently, let me know your perspective. He is one scary guy, and I cannot wait to see his interactions with the glacial Mrs. Clennam.

I absolutely LOVE Matthew Macfadyen in this series. I can't imagine another actor playing the character of Arthur with a better mix of sweetness, uncertainty, and...how can I say it...upright, moral resolve. Poor Arthur is so clueless about his affect on Amy...I just want to smack him upside the head. And give him a good, teeth-rattling shake to boot - especially when he tries to get Amy to rethink her refusal of John's proposal. (Why are men so clueless? WHY? LOL!) However, I have to give Arthur some credit for stepping out and establishing himself in business away from his family in this episode. It will be interesting to see how Arthur's business ventures develop, especially with the introduction of Mr. Merdle (Anton Lesser), the fabulously wealthy banker - when he appeared on screen there was practically a neon sign flashing "Ponzi scheme" over his head...okay, so I made that part up, but you just know that's where the story is going to go!

Likewise, Claire Foy has continued to impress me with her nuanced performance as Amy. This episode gives a little more insight into Amy's character and her interactions with her family - particularly with her dancer sister, Fanny, who's not above using her feminine charms to get her way. By contrast, seeing Amy so hopelessly, nobly pine away for Arthur is heart-breaking. I mean when she throws his stupid button into the sea...I was ready to give her a hug and say "girl, I understand." LOL!!

There is some priceless comic relief in this episode, supplied by Arthur's ex Flora and the aspiring detective Mr. Pancks. Also have to mention Flora's aunt (or aunt-in-law might be a more precise way of describing her) - Annette Crosbie may not have a lot of screentime, but she steals the show every time she opens her mouth! And I'm loving Pancks's character, but the man needs to work on his social skills - when he's being cryptic he comes off a tad creepy. LOL!

Needless to say, I can't wait to find out the next chapter of the story. I hope we see more of Mrs. Clennam in episode three - I rather missed her creepy, icy presence in this last installment. I'm also ready for Arthur to start to realize that Amy's nuts about him... There's a whole slew of other minor characteres I could mention, but I think I've hit the high points. Does anyone have any thoughts to add?
Posted by Unknown at 8:54 PM

Her husband dropped dead of a heart attack at 40 Tuesday. Its so sad. They have three young children. Ronie Kendig is doing a blog tour for her and we can pray.

I didn't read it because I don't want to spoil it. ;) RYC: I watched Better Off Ted last week and did seem pretty funny. I loved the flashback where Ted and the blonde woman were making out in hazmat suits. I also thought the lights turning off on the lab technician was hilarious because the lights in my office at school are motion-sensitive, so a lot of the time when I'm in there and not moving very much, they'll turn off on me and I have to get up and jump around just like that guy did. Except my lights actually turn on... so far.

@heidenkind - Last week's episode was the best yet!