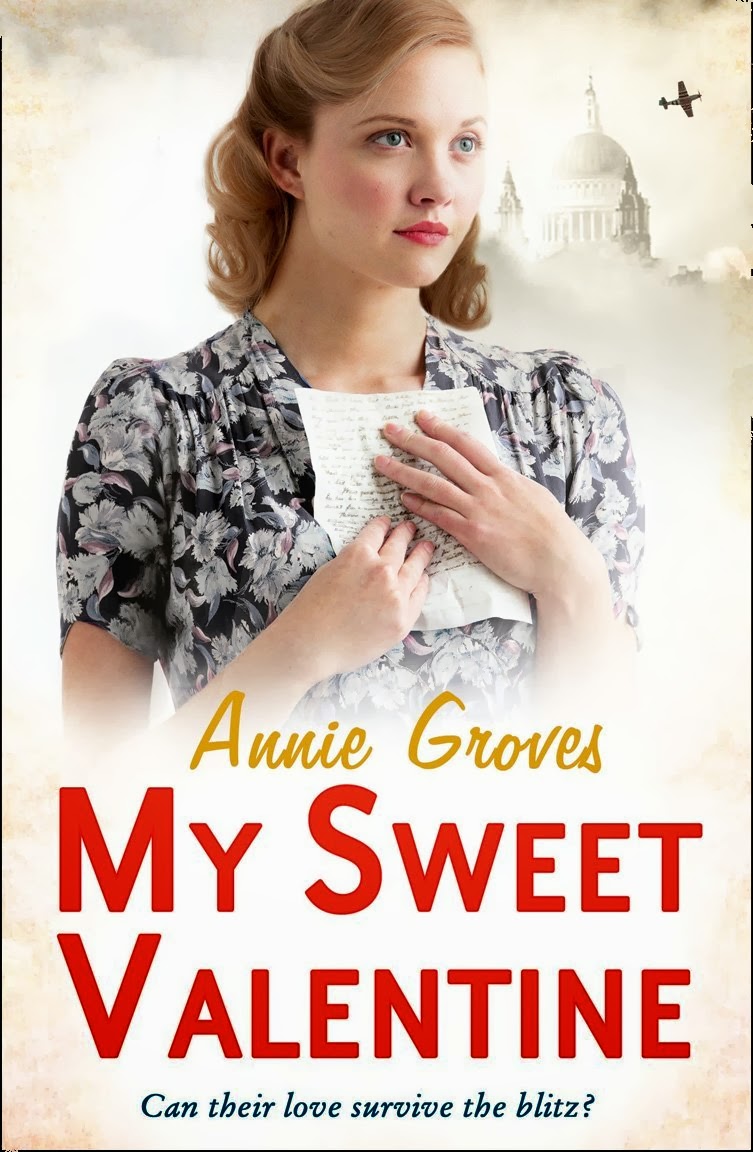 After surviving the onslaught of Hitler's Blitz on London, the women of Article Row -- Olive and her daughter Tilly, and their lodgers Agnes, Sally, and Dulcie -- continue to struggle to adjust to life under the ever-present specter of war. Working as a nurse at St. Bart's, Sally continues to see the worst of the Blitz's impact on London, but finds solace in her relationship with George, a young doctor whose affections have helped her forget her own breach with her family back in Liverpool. Agnes is blissfully happy to be engaged at long-last to her boyfriend Ted -- the only thing marring her joy is her future mother-in-law's refusal to open her heart to the one-time desperately lonely orphan. Dulcie is as incorrigible as ever, exasperating and endearing herself to her fellow lodgers by turns, and dating an American pilot -- and determinedly ignoring disturbing signs that he's less than enamored of her than she'd like to believe. And while Tilly is blissfully happy dating Drew, the dashing American reporter, Olive fears that in wartime Tilly's passionate nature will only lead to heartache. But even as Olive fights to protect her headstrong daughter, the widow finds herself increasingly drawn to the attentive -- and very married - neighbor, Archie Dawson. As each woman strives for happiness in an increasingly war-torn London, they find that the only constant they can rely on is change, as they strive to hold on to the hope of a better world in the midst of unimaginable sorrow and loss.

My Sweet Valentine, the third outing in Annie Groves's Article Row series, continues to be a warm-hearted, poignant portrayal of life on the home front during the horrors of the Blitz. Whereas previous installments of the series gave relatively equal page time to each woman's story, this volume focuses primarily on Tilly and her romance with Drew, and its impact on her relationship with Olive. In the second volume, Home for Christmas, Grove introduced -- albeit in a very gentle fashion -- the changing moral values of the time, and the impact a potentially rash liason or even marriage could have on a young woman's life, with a couple's future so uncertain thanks to the realities of the war at home and abroad. Groves further develops this theme here, giving, I think, a very realistic portrayal with Tilly of a "good girl" struggling to navigate rapidly changing social mores of the day and reject or reconcile them with her conservative upbringing.

That said, I do feel like the book suffers for focusing so much on Tilly and Olive's oft-times stormy relationship, and relegating the other residents of Article Row to minor supporting players. One of the main reasons I enjoyed London Belles and Home for Christmas was the sense of community Groves managed to build between these very different women, brought together by shared need and the rigors of life on the homefront. Agnes all but disappears, left to suffer off-stage with her future mother-in-law's patently obviously disapproval, with only a brief update on the state of her relationship with Ted. Dulcie fares somewhat better -- Groves offers a tantalizing glimpse into the development of her unlikely friendship with an erstwhile suitor, now horribly wounded and rejected by his family. I love Dulcie because at first glance she seems like such a selfish character -- but underneath that bold-as-brass exterior lurks a heart of gold.

Of the lodgers, Sally fares best here. Groves continues to explore the toll Sally's fractured family life took on her emotional well-being, and while her reaction to her father's remarriage is extreme, and certainly the stuff of soap opera, Groves manages to imbue Sally's story with an appreciable level of emotional authenticity. Groves continues to explore Sally's changing moral views here, particularly vis-a-vis her intensifying relationship with George, contrasting her more mature decision-making process with Tilly's youthful, impetuous nature. It's a contrast that brings into sharp relief the error of focusing so much on Tilly -- likable enough, but incredibly immature -- and that quality, coupled with Olive's smothering, wears thin in a novel of this length (400 pages).

Sadly, Annie Groves passed away shortly before this novel was published, but with it she cements her status as a master when it comes to writing nostalgic, warm-hearted, female-centric wartime fiction. While My Sweet Valentine is far from perfect, focusing on -- at this point -- my least favorite resident of Article Row, it is a solid entry in the series. I particularly appreciate how, despite the story's gentle tone, Groves never shies away from exploring the stark realities of wartime, delivering brutally honest sequences exploring the emotional impact the Blitz has on survivors. She's at her best when exploring the human toll of war on the homefront, and its catalyst as an engine of social change. Though the prose is still occasionally clunky and repetitive, and the characterizations uneven, I enjoyed revisiting Article Row, and I look forward to finishing the concluding, posthumously published volumes in this saga -- Only a Mother Knows and A Christmas Promise.

An emotional portrayal of the lives of four women as Valentine’s day approaches, in 1941 wartime London

‘Life brought enough problems and upsets for young hearts, especially young female hearts, without them having to carry the added burden of the war…’

Tilly is passionately in love with the dashing American journalist, Drew. But he is harbouring a secret that threatens their burgeoning love. At the same time, Dulcie’s brother Rick walks back into her life, the man who she longed for all those years ago…

Agnes is comforted by the loving arms of her caring train driver fiancé Ted. And Sally could not be happier with her talented surgeon boyfriend at her side, especially since he’s risked his life to visit her at the stroke of midnight on New Year’s Eve.

For Tilly’s mother, Olive, the cold heart that had been frozen since her partner died, is beginning to thaw. But the man she pines for is betrothed to another. The net curtains on the well-to-do Article Row have been twitching, and prying eyes have seen the way she’s been looking at Sergeant Dawson…

When the clock strikes midnight at the Hammersmith Palais, three couples stare deeply into their lovers’ eyes. The confident and stunningly beautiful East Ender, Dulcie, is left alone once more, abandoned by her boyfriend at this most precious of precious moments.

But the women of No. 13 Article Row know that joy is short lived in the London of 1941. It’s a treacherous place, especially for the tender-hearted. As Valentine’s Day approaches, the perils of war threaten life as they know it and all matters of the heart.
Posted by Unknown at 9:02 AM

I have read all of Annie Groves books (RIP) and really enjoyed them. I loved your review as you pointed out the issues as well as the highlights. If you like Annie Groves you may like Elizabeth Elgins WW2 books too. Unfortunately she has also died. Some of her books could do with having being edited better but again they are great stories. Ms Elgin also served during the war which helps.

Both of these women influenced my writing. I am addicted to books covering WW1 and WWII.

Thanks again for a wonderful site.

@Ellie - Thanks for the tip, I really appreciate that!