Review: Cinderella, or The Little Glass Slipper by Charles Perrault and illustrated by Camille Rose Garcia 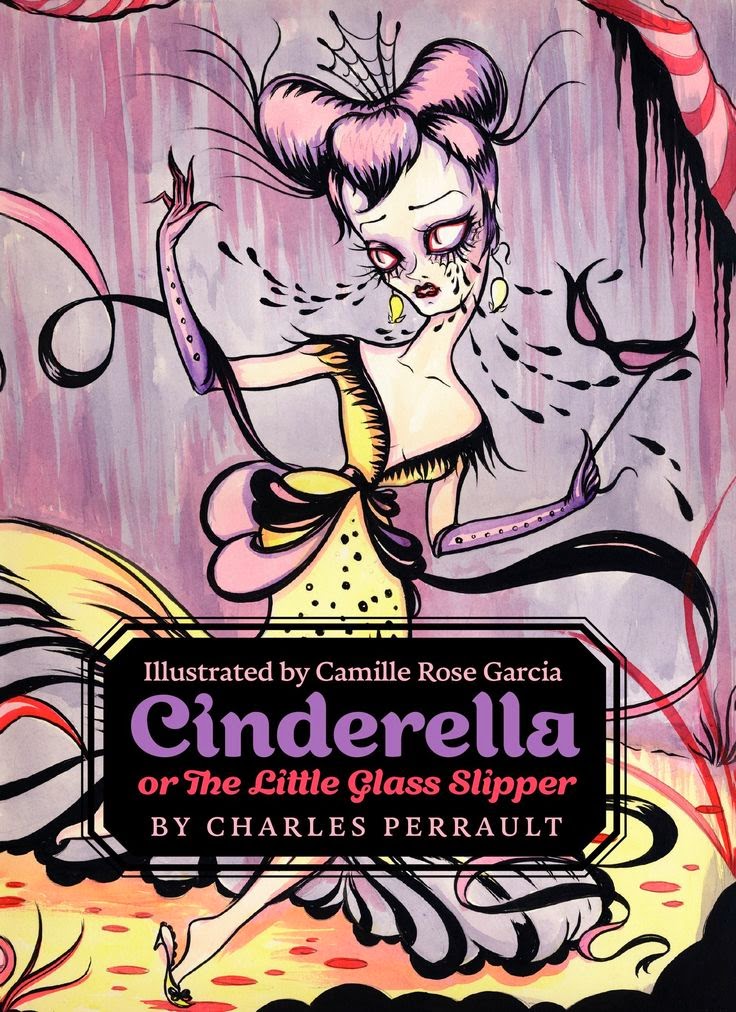 Prior to the release of Disney's gorgeous new Cinderella, I stumbled across this new storybook edition of the classic story by Charles Perrault, lavishly illustrated by Camille Rose Garcia. I'm not going to comment on the story here (which I love), but rather on this volume's effectiveness as a vehicle for transmitting the classic story in a fresh way. On that score, Garcia succeeds in spades. this is a gorgeous volume, filled with eye-popping swathes of color on every spread. The illustrations bring the Cinderella story to life with all of the quirk, charm, and energy of a Tim Burton film, sure to appeal to readers looking for something outside the norm represented by more traditional incarnations of the famous rags-to-riches princess. Whether you are looking to add Perrault's original classic to your library for the first time or expand on your collection, this beautifully illustrated hardback is a worthy addition to the ever-expanding world of fairy tale related literature.


"Do not stay past midnight. If you remain at the ball a minute longer, your coach will again become a pumpkin."

Initially published in 1697, Charles Perrault's Cinderella is one of the most beloved and widely known fairy tales. Cinderella has been ordered into servitude by her cruel stepmother and stepsisters, but when a costume ball is held for the kingdom's marriageable prince, Cinderella's fairy godmother gives her the chance to attend—disguised as a lavishly dressed and bejeweled princess. But Cinderella must depart at the stroke of midnight, lest her fine clothes turn to rags and her coach to a simple garden pumpkin. In her flight, she leaves a tiny glass slipper in her wake—the lovelorn prince's only clue to her identity. Will he find her?

This new gift edition presents the unabridged version of the Perrault tale, with the bewitching, brilliantly colored illustrations of renowned artist Camille Rose Garcia.
Posted by Unknown at 5:53 PM