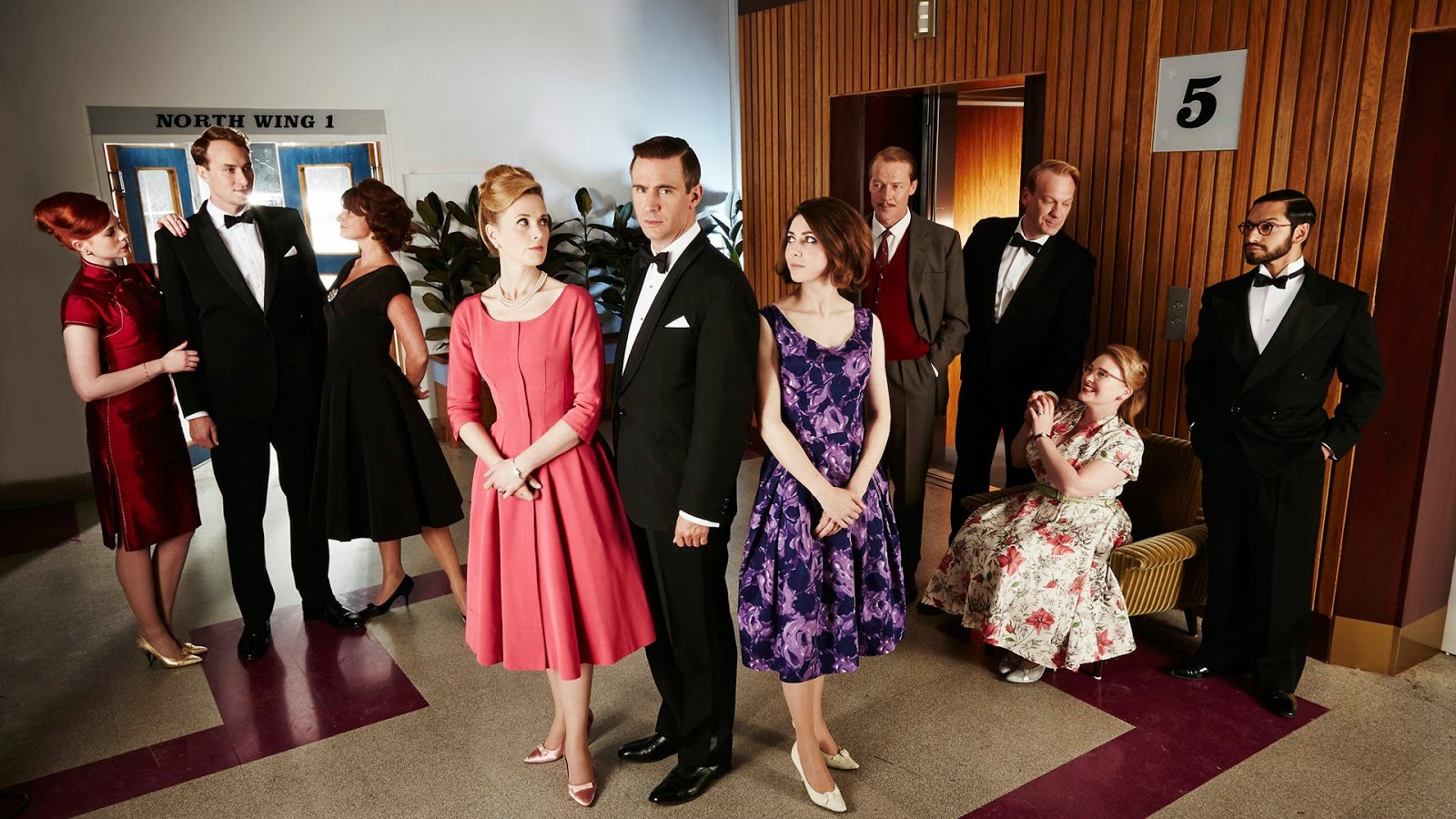 This Sunday on PBS, Masterpiece begins airing Breathless, a three-part series about the doctors and nurses of a 1960s London ob-gyn hospital ward. And it stars Jack Davenport!! Squee!!

I've read mixed reviews of this series, as apparently it was conceived as an on-going drama, and part three supposedly ends on something of a cliffhanger -- and the show wasn't renewed. But I could really care less, because HELLO JACK DAVENPORT and a dishy '60s setting and lots and lots of DRAMA (if the previews are any indication)...all catnip for this viewer so I'll definitely be watching!

Glad this is FINALLY airing in the states - I never saw it via the U.K release. Cannot wait to know what you think, Ruth. :)

@Rissi - I'm glad this is finally airing here too! The setting and costumes look DIVINE. :)

Yeah, I'm pretty stoked for this one. Although I'm wondering what happened to the rest of Poirot..? Two episodes do not a season make, and I know the final episode didn't air.

@Tasha - I can only think that PBS is holding the final Poirot ep(s) for some sort of "special" event or something. I don't know why you wouldn't go ahead and air them all in a row, but heck, I guess that just means we'll get to Lewis faster. And I am totally okay with that. LOL