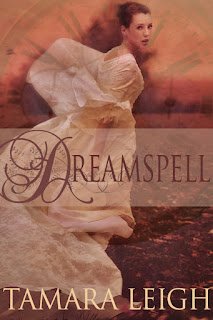 Dr. Kennedy Plain, a sleep disorders specialist, has one driving passion in life -- to complete her study analyzing the affect of sleep deprivation on dreams.  Her deadline is nothing less than the end of her very life, as the inoperable tumor within her brain increasingly threatens the once-vibrant woman's most precious commodity -- time. When one of her long-time patients -- a Gulf War veteran named Mac -- comes to her with a shocking theory, Kennedy is forced to re-evaluate the cost of her research as well as the extraordinary, inexplicable power of that most immeasurable of human emotions, hope. Mac comes to her with outlandish tales of time travel through dreams, of history in flux, a history he hopes to return to in order to right a terrible wrong -- to save the nephews of the infamous Earl of Sinwell, Fulke Wynland, from death at the hand of their erstwhile protector. Kennedy dismisses Mac's story as the ravings of an unstable mind. But, stripped of her research grant and sent home to await her death, Kennedy becomes increasingly obsessed with Mac's tales, and when she finally succumbs to sleep at the end of an eighty-plus hour deprivation cycle, she finds herself thrust into fourteenth-century England. Face-to-face with the infamous Fulke, Kennedy is determined to maintain her hold on 21st-century reality. But Fulke and his effect on Kennedy's emotions, is all too real, and Kennedy becomes increasingly invested in her dream world. For Fulke is not the villain history claims, and if Kennedy can accept her impossible second chance she might not only rewrite Fulke's history but her own as well.

Having read and enjoyed Tamara Leigh's contemporary-set chick-lit novels (Stealing Adda -- a classic!), I was thrilled to see her return to the genre that launched her writing career -- medieval romance. Only this time, medieval romance with a twist -- time travel via one's dreams. Reminiscent of the film Timeline, where one is given the chance to right a historical wrong, this is a book just begging to made made into a film. From the romance, adventure, and intrigue surrounding Fulke's position at court, Dreamspell is an enthralling novel, perfectly poised to transition Leigh's contemporary fans to her historical work.

As someone who has, on occasion, dealt with sleep issues, I found the fictional application of Kennedy's work fascinating. Leigh taps into this rich vein of possibility with a beautifully-told story contrasting Kennedy's modern sensibilities with Fulke's chivalric code. I loved the spicy, slow-burning tension between Kennedy and Fulke, the former completely out of her element masquerading as Lady Lark, one of the king's infamous mistresses, while the latter, hardened by years of battle, finds himself attracted and stymied in turn by "Lark's" strange ways. Leigh takes her time developing a relationship between her leads, forcing each to face their deepest fears, and a veritable host of lies that would seek to destroy any hope of happiness. The mistrust  and impossibilities laced throughout the relationship that would derail it make their eventual, hard-won declarations all the sweeter.

While Dreamspell isn't an inspirational novel per se, given Leigh's history in the inspy market I couldn't help but liken Kennedy's dream journeys to a test of faith. The circumstances are impossible, every logical feeling screams no -- but when she steps out in faith, embracing her improbable second chance at life, she is in a very real sense reborn. And the healing and life found within this second chance is beautifully told, underscored by one of the most poignant, pitch-perfect epilogues I've ever read.

Dreamspell shines with Leigh's passion for the time period. Her carefully-crafted characters, attention to detail, and escalating plot tension work in concert to craft an unforgettable, thoroughly enjoyable tale. It's worth noting that this marks Leigh's first venture into self-publishing, and she is to be lauded for the care she took in delivering a manuscript as professionally presented and crafted as her traditionally published works, from the lovely cover design to the text formatting. Both gorgeously told, poignant tale of second chances and a heart-stopping romance, I loved this book and am more eager than ever to see fiction of this ilk from Leigh's pen. Well done!

A time to live. A time to die. A time to dream.Sleep disorders specialist Kennedy Plain has been diagnosed with a fatal brain tumor. When her research subject dies after trying to convince her he has achieved dream-induced time travel and her study is shelved, she enlists herself as a subject to complete her research. But when she dreams herself into 14th-century England and falls into the hands of Fulke Wynland, a man history has condemned as a murderer, she must not only stay alive long enough to find a way to return to her own time, but prevent Fulke from murdering his young nephews. And yet, the more time she spends with the medieval warrior, the more difficult it is to believe he is capable of committing the heinous crime for which he has been reviled for 600 years.Baron Fulke Wynland has been granted guardianship of his brother’s heirs despite suspicions that he seeks to steal their inheritance. When the king sends a mysterious woman to care for the boys, Fulke is surprised by the lady's hostility toward him--and more surprised to learn she is to be his wife. But when his nephews are abducted, the two must overcome their mutual dislike to discover the boys' fate. What Fulke never expects is to feel for this woman whose peculiar speech, behavior, and talk of dream travel could see her burned as a witch.
Posted by Unknown at 4:03 PM