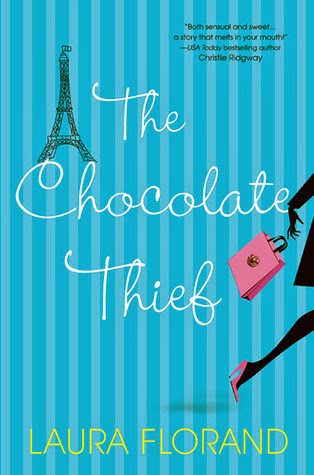 Cade Corey has lived and breathed chocolate her entire life, but she craves more. As a member of the Corey family, renowned for their ubiquitous and affordable chocolate bars, she grew up used to the fame and fortune that comes from belonging to a family business that mass-produces sweet treats devoured by the thousands. But Cade would rather tap into the knowledge possessed by the most exclusive chocolatiers in the world, masters whose delicacies are carefully-crafted works of art, mere moments of bliss on the palate worth hundreds. Sure she can fulfill her duties as the family's heir apparent and indulge her passion for artisanal chocolate, Cade travels to Paris, confident she can leverage the Corey name and the  millions at her disposal to persuade a master chocolatier to lend his name to a new, more exclusive -- but still affordable -- line of Corey chocolate. She sets her sights on Sylvain Marquis, Paris's top chocolatier, a man whose confections are as sinfully delicious as his smoldering gaze. But Cade never counted on the Corey name having no cachet in Paris, or Sylvain's refusal to be bought tempting her to launch an audacious plan to steal his secrets -- a plan that, if she's caught, may cost her more than her reputation -- the price exacted may be her very heart.

Florand's first entry in her chocolate-and-Paris themed series is a heady blend of passion and dessert, wrapped up with the language of romance -- a quality a fine chocolate and the City of Lights both speak with aplomb. Cade's enthusiasm over her first trip to Paris, and the innocent, almost childlike way in which she desperately wants to learn Sylvain's secrets reminded me a bit of Audrey Hepburn's Sabrina. Though their backgrounds couldn't be more different, Cade shares Sabrina's passion to belong to a world that seems just out of reach, alluring in its veneer of unattainable exclusivity.

There is something undeniably intoxicating about The Chocolate Thief, as Florand peels back the layers of mystery surrounding the creative process that goes into making the world's most indulgent treats. But for all the allure possessed by chocolatiers of Sylvain's ilk, this novel is a fairy tale whose conceit oft-times stretched the bounds of credulity to the breaking point. Chocolate making is an integral part of the seductive web Sylvain weaves around Cade, a method Florand lays bare in heady detail. However, I found the fact that Cade -- a supposedly intelligent businesswoman -- would jeopardize her personal and professional reputation by repeatedly breaking into Sylvain's studio both unprofessional and unforgivably stupid. And then there is the shenanigans both she and Sylvain engage in within the vicinity of food preparation, which promptly canceled any seductive factor due to the appalling hygienic issues involved.

Initially, Cade and Sylvain's relationship veers from adversarial to sexual with whiplash-inducing speed. I'll admit, the jaded side of me had trouble buying the insecurities Sylvain claimed to possess from his awkward adolescence. Chocolate aside, this guy was hot, and I have difficulty believing he didn't know it. But whatever, because his insecurities, however far-fetched, lent a modicum of sweetness to his blossoming relationship with Cade. Sylvain is invested in a future with his chocolate thief long before she is, while by comparison she too often seems embarrassingly indecisive and inept. That aside, Cade is at her best when she engages with her family (or Sylvain's), striving to honor her heritage and commitment to them while summoning the courage to pursue her dreams. And when that accord is reached, and Cade and Sylvain's relationship rests on more than their respective physical attributes, instead sharing a passion for each other and a future together, that is when the magic of Florand's fairy tale confection is at its best.

The Chocolate Thief proved to be a fairy strong, albeit uneven, introduction to Florand's writing. She has an uncanny knack for mixing romance with the seductive possibilities inherent within the sight, smell, flavor, and texture of food. This is a novel that revels in tactile, sensory experiences, and Florand brings those to life on the page with a masterful flair. While the progression of Cade and Sylvain's relationship -- and their respective characterizations -- left something to be desired, the exoticism of the French setting coupled with the story's resolution is a sweetly-rendered treat, and a world I'll definitely -- and happily -- revisit in the sequels.

Paris
Breathtakingly beautiful, the City of Light seduces the senses, its cobbled streets thrumming with possibility. For American Cade Corey, it's a dream come true, if only she can get one infuriating French chocolatier to sign on the dotted line. . .

Chocolate
Melting, yielding yet firm, exotic, its secrets are intimately known to Sylvain Marquis. But turn them over to a brash American waving a fistful of dollars? Jamais. Not unless there's something much more delectable on the table. . .

Stolen Pleasure
Whether confections taken from a locked shop or kisses in the dark, is there anything sweeter?
Posted by Unknown at 3:24 PM