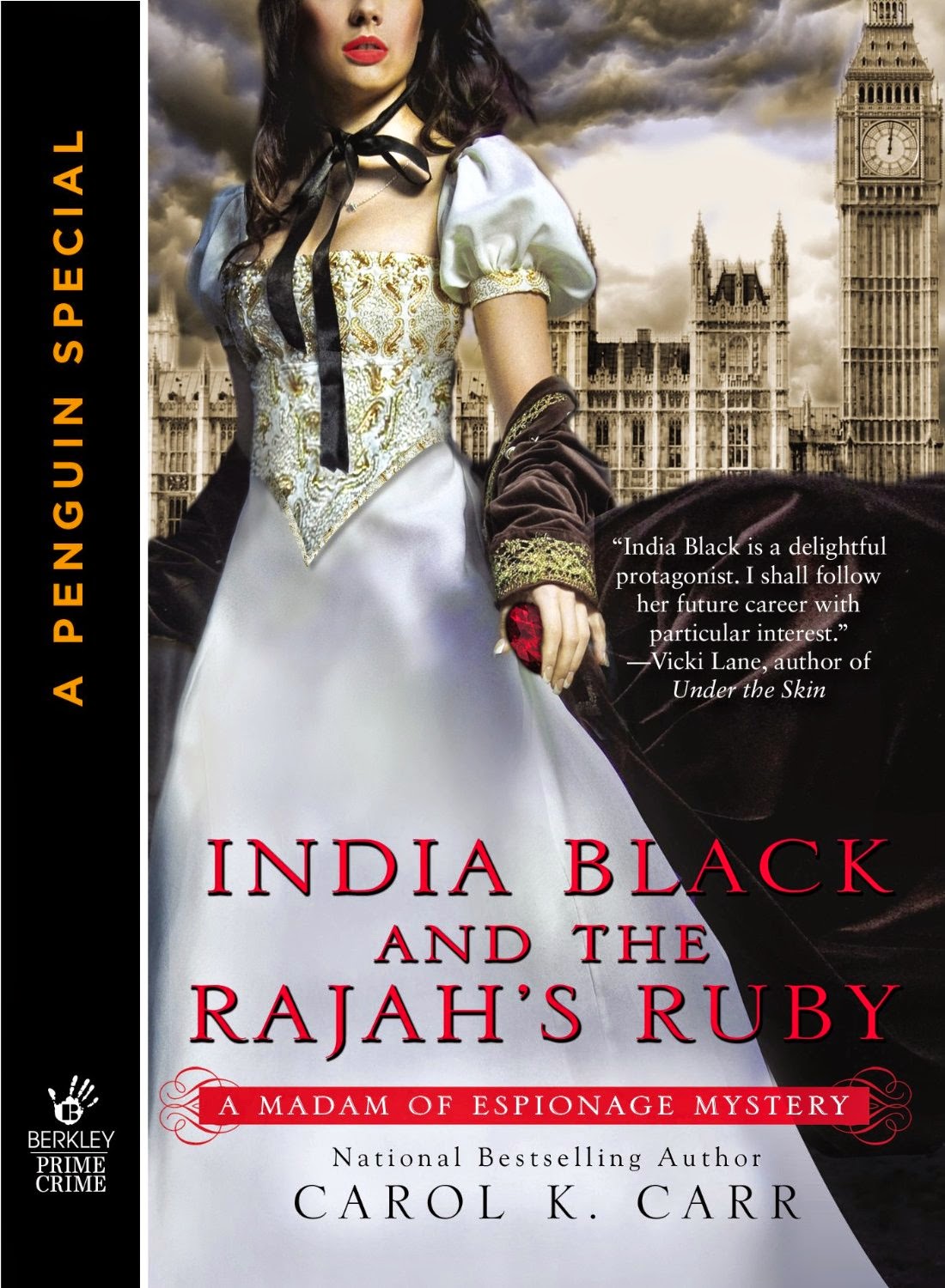 India Black, the proprietress of Lotus House, is one of London's most sought-after madams. But before she struck out on her own and made a name for herself, she was simply India Black of Mother Moore's establishment, where her mane of ebony hair, startling blue eyes, flair for witticisms and sharp mind made her one of Moore's most popular earners. Possessing no illusions about life or her place in it, she possesses an extraordinarily good head on her shoulders...but isn't above acknowledging the appeal of a handsome face. And that is exactly what Philip Barrett, one of her regulars, possesses in abundance, leading India to agree to accompany him on a business venture, where she'll pose as his wife in order to provide Philip with the veneer of respectability required to fleece a rich American investor, Mr. White. India anticipates a quiet, boring weekend in the country, but when White's priceless ruby is stolen and all signs point to Philip as the culprit, she must use her every wile to escape.

I've seen glowing reviews of Carol K. Carr's India Black series for several years now, and in the mood for a short, quick read I opted to meet India via the pages of this novella. India Black and the Rajah's Ruby is actually the third release in the series, but as it tells the story of how India gained the funds necessary to become an independent businesswoman, I decided to read it first. Structured as a short memoir, with India the madam sharing the secret behind her legendary business acumen for the benefit of those "tarts" seeking to follow in her footsteps, this short novella proves to be an entertaining introduction to India and her world.

I expected India's attitude but I didn't expect quite so MUCH of it, which was a refreshing surprise. I confess I'm accustomed to reading about more refined, proper heroines from this time period. And while India is far from crass, there's a rough edge to her voice that is at once both hilariously matter-of-fact and very much in keeping with her background and profession. While I got a kick out of India, I do wish that the restrictions of the novella format had allowed for greater character and plot development. This tale lacks the overt mystery element one can only assume is present in the full-length novels, but occasionally I felt as though Carr was trying to cram so much information into this reminiscence that the resulting prose was occasionally stilted and the story flow uneven.

That minor issue aside, India Black and the Rajah's Ruby left me wanting more, and I'll be checking out the first full-length India Black novel at the earliest opportunity. I love a heroine who defies expectations, and India promises to do that in spades with a great deal of humor, style, and verve.

India Black uses her wit and wiles as both a madam and a spy, proving she’s the best there is when it comes to undercover work…

Drawn into intrigue by her lover Philip Barrett, India finds herself being used as a pawn to help him steal a valuable jewel. Turning the tables, she proves that India Black answers to no man, no matter how attractive he may be…
Posted by Unknown at 11:44 AM

I just can't get past the cover on this one having MY cover model on the front of it. ;-)

Of course, she shows up on so many books these days . . .

I do like the covers in the rest of the series, though. They did a good job with those.

I found "her" (at least the graphic designer who uses her as a model): http://www.shutterstock.com/pic-60331717/stock-photo-old-fashioned-photo-of-a-beauty-brunette.html?src=nhdQW8aSAqa9EQ_F31MAdQ-1-1

It's really interesting to see all the other photos of her!

There are a few around of her in that dress:

And there are probably some I've never seen/found.